Leon Draisaitl is a professional ice hockey player from Germany who currently plays in the National Hockey League(NHL). He plays in the forward position for the Edmonton Oilers and is also the alternate captain of the team. In 2020, he was included in the NHL First All-Star Team. He is also the DNL Player of the Year having won it in 2012.

The Oilers Number 29 has also represented Germany in various tournaments. In 2014, he was the captain of Germany in the WorldJunior Championships. He made it to the senior team of Germany in 2014 and played at the 2018 IIHF World Championship. Also, in 2020, he was awarded the German sportsman of the Year. 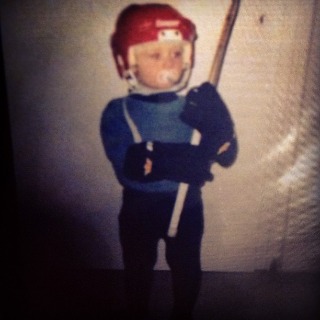 His father was Peter Draisaitl, who is a former ice hockey player that played for Germany in 1988,1992 and 1998 Olympic Games and even World Championships. Later he also coached Cologne Sharks of the DEL between 2017 and 2019.

His mother's name is Sandra Draisaitl, to whom Leon is always appreciative and shows his appreciation on his Instagram. His mother is currently working at WANT, a marketing and advertising agency. Leon Draisaitl with his mother and sister SOURCE: [email protected]_29

He started playing professionally in the German Development League in the 2011-12 season. It was in 2014 when Oilers picked him in third overall in the NHL Entry Draft 2014.

Draisaitl's Contract and Salary; How much is his Net worth?

The 26-year-old Oilers forward Leon's net worth is estimated to be $21 million approximately. His major source of income is from playing in the NHL. He earns a massive amount of income from Oilers.

He initially signed an entry-level contract with the Oilers for 3 years in 2014. The contract was worth $10.2 million for 3 years with a signing bonus of $277,000 and an average salary og $3.4 million per year.

After giving them an enormous value, Oilers extended their contract with Leon in 2017. The contract was for 4 years that will allow Leon to earn an average of $9 million per year. 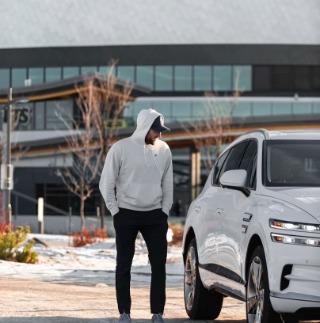 Recently, in 2021, Leon extended his contract with Edmonton Oilers for 6 years that was worth $68 million in total. It will make his average salary $11 million per year. He will be a free agent in 2025.

Not only ice hockey, but his earning also comes from sponsorship deals. Recently in 2021, Puma announced their long-term contract with the German national.

This deal made Leon the first NHL player to be involved with PUMA as a brand ambassador. On the occasion, PUMA's CEO Bjorn Gulden said,

"Joining the PUMA Family as the first NHL player is something very special. PUMA has teamed up with many great athletes such as Usain Bolt and Neymar Jr. and I’m excited to be part of this group."

The 2020 Art Rossy Trophy winner said he was excited to be part of the family. It is special to partner with them like other elite players like Neymar Jr. and Usain Bolt. Draistl will be wearing training products of PUMA.

While going through the Oilers alternate captain, we found out that, he is currently in a committed relationship with his girlfriend Celeste Desjardins. They made their love life in public in 2018 sharing a photo together. Since then, they have been together. 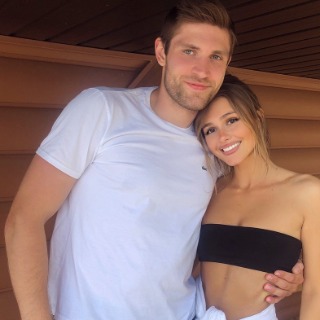 There is no actual source claiming the date and place they met, the couple has been dating for more than 3 years. We checked both of their profile to validate their togetherness. Both started sharing photos together in the April of 2018.

Leon frequently shares his girlfriend's photo on Instagram on different occasions. The couple is not married yet though.

Who is Leon's girlfriend Celeste?

Celeste Desjardins is a model and an actress who has worked with Ford Models NYC and Lang Models. Also, she is working with Play Management. As of 2021, she is just 25 years old.

Celeste Desjardins was born on June 14, 1996, in Sudbury, Ontario, Canada. Her zodiac sign is GeminiShe is also an actress who has already worked in movies like Haven in 2010 and Taken in 2010. In her upcoming movies name Skate God, she appeared by the name Vanity. The movie will be released in 2022. 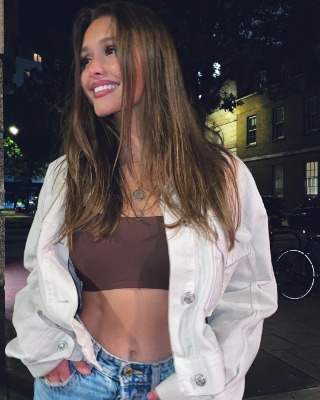 She is active on her Instagram with the username @celestedesjardins which has more than 129,000 followers.

She also has a Tiktok account. Her TikTok username is @celestedesjardins1. Besides, she is also included by IMDB and her profile is Celeste.

Draisaitl currently lives together in America along with his girlfriend and a dog named Cavapoo. Celeste even has mentioned herself as the mom of Bowies.

Bowie is a cute small dog that has a fur of brown color. They have even opened an Instagram for the dog with the username @bowiesworldd. More than 4,900 people follow Bowie's Insta.

After being drafted in the 2014 NHL Entry Draft, he made his debut in NHL on the 9th of October, 2014 against the Calgary Flames. He became the first player to have six straight multi-point games since 1990 in March of 2017. 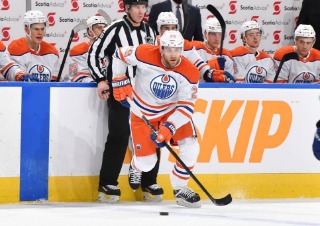 The first German player to win Art Rossy Trophy has also a record of 6 assists in a single game becoming the first Oilers player to do so after Paul Coffey.

Leo Driestl is also active on Instagram His Insta account username @drat_29 has more than 229,000 followers. He frequently posts about his games, training, family and vacations.

Besides, he is also a fan of a TV Series called FRIENDS.

Stay tuned with  PlayersWiki to know about your favorite athletes and players.