Kirk Edward McCaskill, aka Kirk McCaskill, is a Canadian-American former Major League Baseball pitcher and former professional ice hockey player. Presently, he is pursuing his carer as a baseball coach. During his career days, Kirk played for California Angels and Chicago White Sox from 1985 to 1996 in Major League Baseball. Likewise, as a hockey player, he appeared for the Sherbrooke Jets in the American Hockey League during the 1982-84 season.

Not to mention, Kirk batted and pitched with his right hand. He is one of the multi-talented players. His MLB debut for the California Angels came on 1 July 1985. He was also named to the Canadian Baseball Hall of Fame in 2013. He attended Edison High School in  Huntington Beach prior to joining Trinity-Pawling School in Pawling, New York. Rejecting a Scholarship offer from Arizona State University, he joined the University of Vermont to pursue his career as a baseball and hockey player.

Former California Angels right-handed Pitcher Kirk was born on 9 April 1961 in Kapuskasing, Ontario, Canada. Currently, Kirk is 61 years of age. His birth name is Kirk Edward McCaskill. Kirk was born to Canadian parents. His father, Ted McCaskillls, was a former professional hockey player. He played for the local senior hockey team in Canada. Well, his mother's name is unknown right now. Because of his father's profession, he spent most of his youth period in several places such as Nashville, Memphis, Vancouver, Phoenix, Newport Beach and Huntington Beach. Later on, his family settles in Paradise Valley.

Kirk is a person with dual nationality in Canada and America. His father, Ted, had a huge influence on his son. As Kirk was grown in a sports family background, his interest in sports, especially hockey and baseball, grew out of his father's professions. Following his father's footprints, he steps his foot into ice hockey, joining Trinity-Pawling School. Well, there are no facts on whether he has any siblings in his family as of now.
Moreover, he stands at the height of 6 feet and weighs around 88kg. He belonged to the white ethnic community and was raised and neutralized in the Christian religion. Additionally, he has a wheatish skin type and is of chubby body structure.

As mentioned earlier, his father is a former hockey player who retired from baseball on 1975. Likewise, Ted trained him from an early so. After years, Kirk's game got better, so he decided to pursue it professionally. Finally, the pitcher joined Trinity-Pawling School to pursue his hockey career. During his senior season, he was the varsity's soccer team leading scorer with a record of 8-0 with an 0.97 ERA, 97 strikeouts scoring 26 goals with 22 assists in 17 matches. After that, he joined the University of Vermont, where he appeared as a center and right-wing from 1979 to 1983.

Also, he led the team during the 1982-83 season. Kirk had an outstanding there. The former hockey player also won Hobey Baker Award and was even named to the NCCA East All-America First Team and the ECA All-Star Fiest Team. Finally, in the 1981 Entry Draft, McCaskill got drafted in the fourth round by the Winnipeg Jets and played a season of professional hockey for the Sherbrooke Jets. During his stay, the Canadian-American nationality recorded ten goals with 12 assists for 22 points. Just playing a season with the Sherbrooke Jets, he announced his retirement from hockey to sole focus on his baseball career.

You may read the bio and net worth of Ali Al-Hassan.

The Kapuskasing, Ontario-born former baseball player Kirk made his first presence in baseball at the Major League Baseball ball for the California Angels on 1 May 1985. Correspondingly, he played six years of his baseball career for California Angel from 1985 to 1991. In the 1992-93 MLB season, Kirk switched to another Chicago White Sox team and played until 1996. After last season with Chicago, he retired from the baseball profession. For your information, his final arrival in Major League Baseball came on 20 July 1996. 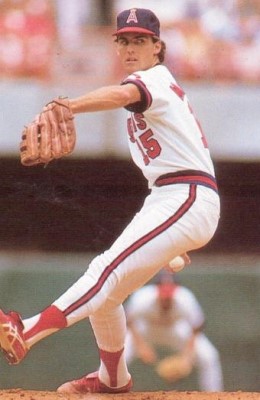 In his whole MLB career, the ACHA East All-American member held the win-loss record of 106-108, earning a run average of 4.12 with 1003 strikeouts. Along with Joe Carter, Richard, and the Asahi, Kirk was inducted into the Candian Hall of fame in 2003.

Kirk McCaskill, 61, is one of the wealthiest athletes in today's context. He was a multi-talented person who played hockey and baseball professionally. Thus, he must have credited his bank balance handsomely by now. No doubt, the ex-Chicago White Sox had a really successful career. As per the Barry code, after being signed by California, kirk started with an annual salary of $60,000 in 1985.

Kirk is the family person. He is the beloved husband of his wife, Dana McCaskill. Regardless, their wedding date is absent. They have certainly been married for quite a long time. The love birds love their companionship and are in cheerful marital status. The baseball coach is the father of his three children, all of whom are sons. They are Reese McCaskill, Bennet MacCaskill and Riley McCaskill. All currently live in Cardiff by the sea, California. The McCaskill family members are mostly involved in the sports field. Like him, his son Bennett is also a professional baseball player who plays as a catcher for the Dartmouth College Athletics. Like his father, Kirk made a huge impact on his son by being a baseball player.

The 61-year-old  has restricted himself from social media platforms. He seems less active on online sites. There is no account of Kirk on Instagram and Facebook. However, we can find it on Twitter with the username @KirkMCcaskill. Twitter is the only medium via which he interacts with the masses. Indeed, he keeps his fans and loved ones updated through his tweets on Twitter. Kirk is among the most searched athletes in 2022.

Get more exciting news, bio and facts about athletes at Playerswiki.