DeMarcus Ware is a former professional football player based in America who played in the National Football League (NFL). He plays in the outside linebacker position for the Dallas Cowboys. He also played for the Denver Broncos and presently works there in the pass-rush consultant position.

DeMarcus was highly active between 2005 and 2016 in which he broke several records and achieve awards. He was included in  First-team All-Pro 4 times in 2011 and consecutively from 2007 to 2009. He is a 2 time NFL sack leader and 2 times All-Sun Bely nominee. In 2003, he also won the Sun Belt Defensive Player of the Year.

In 2022, the former Dallas Cowboys player was named one of the Pro Football Hall of Fame finalists for the class of 2022.

DeMarcus Omar Ware, famously known as DeMarcus Ware, was born on July 31, 1982. According to astrologers, his star sign is Leo.

His mother's name is Brenda Ann and his father's name is Otis Pitts. According to sources, his father and mother divorced later after his birth and his mother only raised him with the support of his uncles.

He comes from an African - American ethnicity and holds American nationality.

Ware's Net worth and Salary (His Cars and Houses)

The former Cowboys number 94 has an estimated net worth of $30 million approximately. His main source of income is from playing football with different NFL teams. 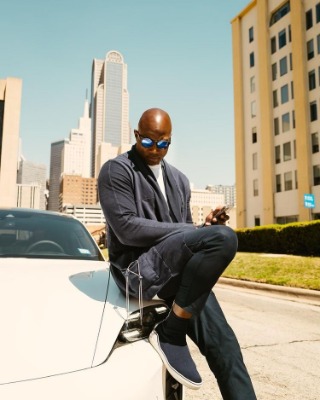 Read: What is the Net worth of Kyle Dugger? (Contract and Salary)

Though the player has never revealed his monetary values, he had contracts that involves large sums of money.

Ware signed a 5-year contract with Dallas and will be earned a salary of $2.6 million per year. His massive signing came in 2009 when he renewed the contract with the same team. that was worth $78 million for the span of 7 years time.

For his last 2 years, he played at Denver Broncos where he signed a contract worth $30 million. 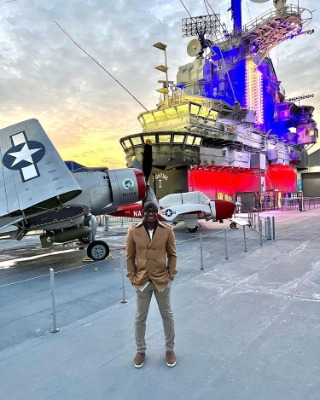 He lives a luxurious lifestyle on his own in the US with his wife and children.

Demarcus's Wife is happily married to his wife whose name is Angela Marie Daniel. The couple walked their aisle on April 12, 2021, in the presence of their close friends and relatives. Before they dated for more than 2 years.

His wife Angela is also active on Instagram with more than 10,000 followers and her Insta id is  @angelamarieware. On her Insta, she mostly posts about her photos and her family, along with her fitness posts. As per her social media, she owns a physical fitness center named 3 Volt Fitness. Before Angela, he was married to his ex-wife Taniqa Smith. The pair tied their knot in 2005 and later got divorced in 2008. As of now, Taniqa is already married to her other husband and is living a happy life.

According to the sources, DeMarcus and his wife are still in touch for the sake of their children.

The couple together has a daughter named Marley Ware who they adopted after sequencing of pregnancy failure. Later, she gave birth to another son in 2010. His name is  DeMarcus Ware Jr. and is already 11 years old in 2022. That was with his former wife Taniqa Smith. CAPTION: DeMarcus Ware with his wife and son and daughter SOURCE: [email protected]

From his second wife Taniqa, he has a son who was born on the 31st of October, 2021. Ware has expressed his happiness by posting his third son's photo with the family on his Insta.

He uses Instagram where he shares his games, private life, and time with friends. His Insta Id is @demarcusware and has more than 790,000 followers.

For his education, he attended Auburn High School where he played as a linebacker and wide receiver. He also used to run tracks and jump including long jump and high jump.

He joined Troy University on scholarship where he played football at a very high level. He also played along with the New York Giants defensive end Osi Umenyiora was so impactful in defensive and won Sun Belt Defensive Player of the Year in his senior year.

The NFL team Dallas Cowboys picked him in the Round 1 of the 2005 NFL Draft.

He joined the Dallas Cowboys signing an entry-level contract for 5 years. He made his debut in 2005 against San Diego Chargers and recorded 3 tackles. In October of the same year, he was named NFL Defensive Rookie of the Month. 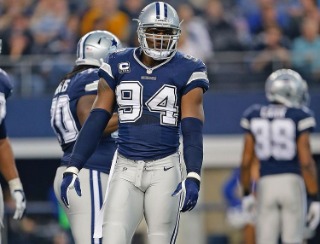 In 2014 he joined Denver Broncos after spending 9 awesome years at the Dallas. He was signed by them just a day after his contract was finished at this former team. In his first season, he was awarded the Pro Bowl honors.

In 2016, he had career-ending back surgery after getting injured. Then he signed a one-day contract with the Dallas Cowboys to retire as their member.