Dejan Kulusevski is a Swedish professional footballer who plays as a winger/midfielder for the Italian team Juventus and the Sweden National Team.

Kulusevski was born in Stockholm, Sweden on April 25, 2000. He trained with both the IF Brommapojkarma and the Atalanta youth system and made his senior debut for the latter in 2019. Since then he has been to two other clubs and has scored a total of 14 goals in 64 games.

Kulusevski made his Serie A debut on January 20 2019 in Atalanta's 5-0 win over Frosinone. Throughout 2018-2019, he made a total of three appearances each as a substitute. In July 2019, he was loaned to Parma and remained with the club until 2020. He made a combined 17 appearances and netted four goals in aggregate. 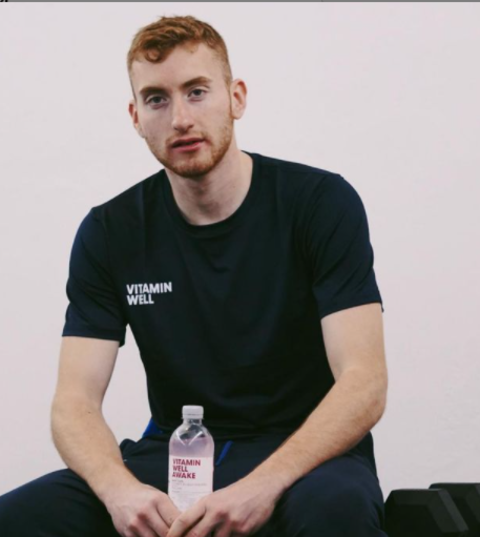 Dejan Kulusevski was born in Sweden to Macedonian parents from Ohrid. SOURCE: Instagram

In January 2020, he joined fellow Serie A club, Juventus on a four-and-a-half-year deal. He made 35 appearances for the Bianconeri during which he recorded four goals. He was sent back to Parma for the rest of the season. The Swedish midfielder then finished the season with 10 goals and nine assists. He was named the Serie A Best Young Player for the season. Since the start of his second stint with Parma, he has scored 6 goals in 19 appearances.

Kulusevski initially played for Macedonia U 17 debuting in 2015. He played in five games and scored six goals before committing to the Sweden U17 squad. Since then he has made 39 occurrences and 17 goals including his first senior international goal against Croatia in a 2-1 home win in the Nation League 2020-21.

Dejan Kulusevski's Net Worth and Salary

The former Atalanta winger now belongs to a hefty wage pool given Juventus' annual average salary worth over $11million.

Kulusevski's five-year deal with the Old Lady makes him worthy of an annual salary of €2.5million until 2025. As per that analysis, he must have pulled in a similar amount while playing for the Crociati in between the 2020-21 season.

If things go well for the Stockholm native at Juventus, he could be sitting at a top of fortune no less than €5million. While the real value of his salaries before Juventus is yet to be disclosed, analysts projects he might have gone through remuneration worth €500,000 to €800,000 a year since turning pro in 2018.

That said, to date, he must have possibly grossed close to €6million in career earnings. Following that theory, his net worth could be any one thing from €1- to €4million.

Know how Juventus star, Cristiano Ronaldo is on the verge of becoming a billionaire footballer

Kulusevski is currently in a relationship with Eldina Vanessa Ahmic. The couple resides in Torino, Italy. Ahmic is a Bosnian-Herzegovinian football player and plays as a midfielder for her boyfriend's youth club, IF Brommapojkarna. She formerly played for AIK Fotboll Damer from 2013 to 2016. 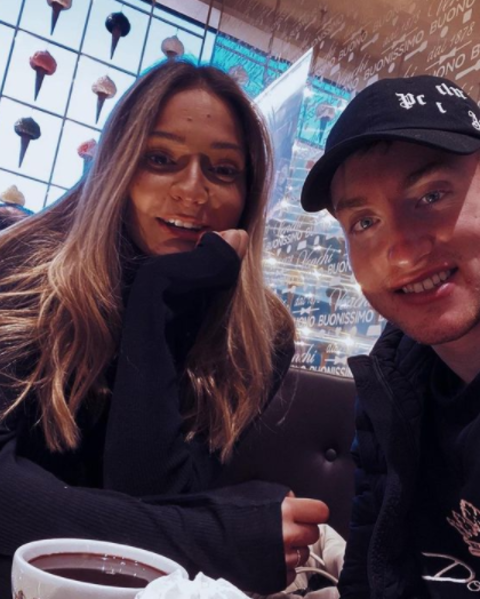 Since becoming Brommapojkarna's player in 2017, she has netted 15 goals in 51 appearances. For the fans, she was introduced by Kulusevski on August 21, 2020. The Juventus no 44 shared a picture of himself locking his hand with the Swedish blonde, subsequently captioning the imaging with a statement, "what's real is something that the eyes can't see. Happy birthday my love. I love u." 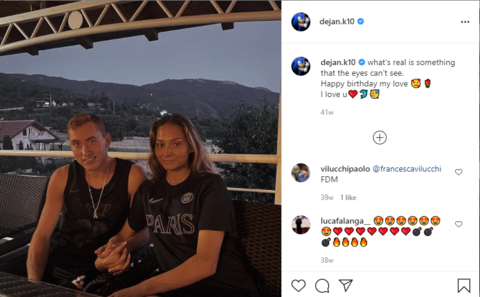 A month later, Ahmic posted a short video on her Instagram where she can be seen hugging the Swedish footballer. This became the first time she went public with her and relationship with Kulusevski. Her following moblogs gradually kept on confirming that she was indeed in love with the six-foot-one right-winger.