Dawson Garcia is a college basketball player who currently plays in the Atlantic Coast Conference(ACC). He plays in the power forward position for North Carolina Tar Heels and averaged 13 points with 6.6 rebounds per game(team highest) while making the 2021 NBA Draft. During his high school, he led the team to Minnesota Class 4A, Section 2 championship game. He was also included in the 2020 McDonald's All- American.

247Sports ranked him the No. 2 in Minnesota and No. 32 prospect overall in the class of  2020. ESPN and Rivals both rated him a 4-star recruit. He has also represented the United States in the 2019 FIBA 3*3 Under-18 World Cup where he won the gold medal. In the same year, he was named the MVP of the USA Basketball Men's 3x3 U-18 National Championship.

Dawson Lee Garcia was born on September 20, 2001, in Burnsville, Minnesota, the United States and his birth sign is Virgo. So as of 2021, He is only 20 years old. His father is David and his mother's name is Stacey Garcia. He was raised in Minnesota along with his sister Madi. The 2020 No. 30 prospect prefers to keep his personal life private, out of reach of any media. So he has never shared about his parents on his social media but once he shared a picture with his sister.

Having a deep interest in basketball, he went to Prior Lake High School to play under coach Jon Miller. In his sophomore year, he averaged 21.4 points per game and 27.5 points per game in his junior year. He earned his name in the 2020 McDonald's All-American roster. 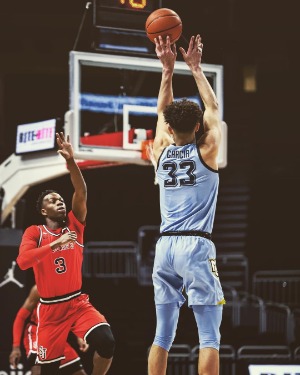 Despite offers coming from Minnesota, Memphis, North Carolina, and Kansas, the No 2 prospect of Minnesota committed to Marquette to play under Steve Wojciechowski. In his debut against Arkansas, he scored 19 points to win the game by 99-57.

Later, in July 2021, he transferred to North Carolina Tar Heels.

How much is Garcia paid as a college player?

Dawson Garcia is still a college player and is yet to make his debut professionally. In America, there is no provision for paying college athletes but they do cover all the educational expenses. So there is no exact figure supporting Dawson Garica's net worth.

Read about:- Net Worth and Earnings of Kennedy Chandler 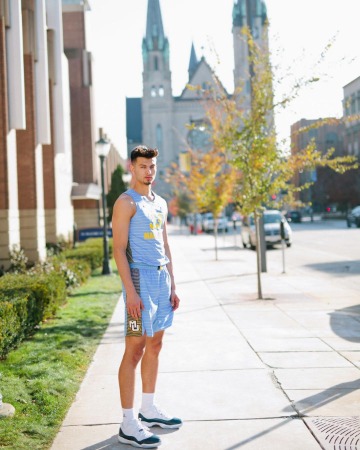 But Dawson was one of the top prospects to make it to the 2021 NBA draft. But, he pulled himself out of the draft before the NBA team selected him. But if NBA's team had selected him, he could have earned from $10 million to $45 million for a 4-year contract.

Who is Garcia dating?

Garcia is very successful in keeping his private life away from the social media reach. Going through his Instagram account, he has never shared any photos with any girls. It seems he prefers his love life behind the camera.

Read about:- Who is Eric Ayala dating? Know About His Relationship Status and Girlfriend But once he said in an interview when the interviewer asked him about his girlfriend,

"I do have friends who are female.”

Following his timelines, it seems like he is single as of 2021. His timeline is filled with photos of his training, games, family and friends and girls too.