David Raum is a professional football player from Germany who currently plays for Bundesliga club RB Leipzig and the German national team. His main position is a left midfielder or left back, and he wears jersey number 22. Raum is one of the most skilled players on his team, which has led them to win multiple championships, including Bundesliga Team of the Season: 2021-2.

Before playing with Bundesliga club RB Leipzig, Raum represented other teams too. He spent his youth career at Tuspo Nürnberg and Greuther Furth. Moreover, he is also a national player who has played for the national team at various levels, including U19, U20, and U21. While playing for the U21 team, he gave his best, and his team also won UEFA European Under-21 Championship in 2021.

David Raum is a native of Nuremberg, Germany, who was born on April 22, 1998. So, as of 2022, his age is 24. He spent his early days with his parents in Nuremberg. However, the information about his father and mother is not available on the public platform. 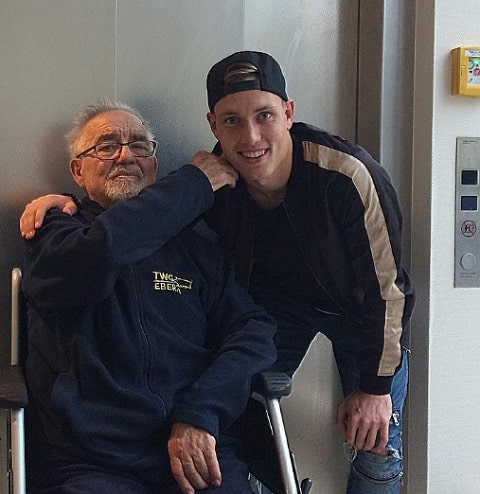 Meanwhile, he holds German nationality, and his height is measured at 5 feet 11 inches (1.80 m). The young footballer was interested in sport from a very early age and got exposure to this field a long time ago.

From a young age, Raum was passionate about playing football and started playing football at the local club Tuspo Nurnberg. During that time, he was just four years old. And Raum was scouted to the youth academy of SpVgg Greuther Ferth in the neighboring town when he turned eight years old.

Later, he progressed through their youth teams and was also part of the first team from the 2017-18 2—Bundesliga season. Similarly, Raum was also a part of the 2017-18 DFB-Pokal team, and he scored in both games. So, playing with Greuther Furth's team, he had amazing stats. After the 2020-21 season, Raum moved to 1899 Hoffenheim as a free agent after having signed a pre-deal with the club in January 2021. With 1899 Hoffenheim, he appeared in 32 games and scored three goals. David Raum playing in one of his games SOURCE: Instagram @david.raum

And Raum signed a four-year contract with Die Kraichgauer. Talking about his career on the national team, he has played for U19 and U20. On November 17, 2020, Raum made his debut for the under-21 squad playing against Wales. Furthermore, Raum made his debut for the senior Germany national team on September 5, 2021, in a match against Armenia in the 2022 FIFA World Cup qualification.

Income Sources and Net Worth

Raum makes a huge sum of money from his profession as a football player. He has played for various teams and has pocketed a fair profit. He previously played for Hoffenheim, and while playing there, he earned £6,400 per week and £332,800 per year, as reported by Salary Sport.

According to Transfermrkt, Raum has a market value of €20.00m. While leaving TSG Hoffenheim, he joined RB Leipzig and his transfer fee was €26.00m. Previously, he was with Greuther Furth and when he joined TSG Hoffenheim with a transfer value of €5.00m. 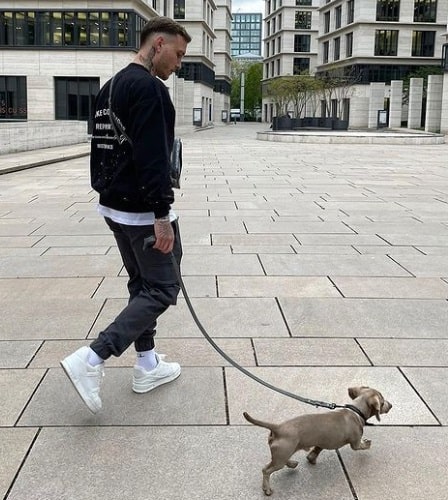 Being a professional footballer, Raum might earn something from working with sports brands. As per a source, he is associated with ROOF. Having an impressive fortune, Raum lives a lavish life, and he often shows his lifestyle via his social media accounts, mainly on Instagram.

Does David Raum Have A Girlfriend?

The young footballer is currently in a relationship with his loving girlfriend, Kathi. The lovebirds have been supporting each other for a long time, and their bond is still growing daily. Looking at their social media posts, we can assume that they are fun-loving people, and they love exploring different places together.

Raum and his girlfriend have gone to various places, and they have also shared their moments via their Instagram account. Apart from that, Kathi is also a loving partner who has supported Raum in various games. Also, she has appeared in most of the games of Raum to cheer him. David Raum is in a relationship with his girlfriend SOURCE: Instagram @david.raum

Besides, Kathi and Raum have been together for a long time, but they have not talked much about the pair's love life in the media. So, it is unknown when they started dating each other. Despite their togetherness, the pair has not announced anything about their marriage or engagement. So, both of them might be focused on their career.

David Raum is actively available on social media, where he loves sharing information about his daily lifestyle. His Instagram username is @david.raum, and at the time of this post, he has collected more than 75.1k followers.

From her account, she has shared various snaps with her partner. So, by following them on Instagram, we can get every detail about their life and career too.

Some Facts About David Raum