Magomed Ozdoyev is a professional football player from Russia who currently plays as a midfielder for Fatih Karagümrük. Further, he puts on jersey number 72 for his fellow club. He is also a right-footed football player who has played for over five clubs.

His Bio And Personal life

The midfielder, Magomed, was born Magomed Mustafayevich Ozdoyev to his parents on Nov 5, 1991. His birthplace is Grozny. And he comes from an Ingush family. Besides, he is also recognized as the grandnephew of the late Ingush World War II ace, Murad Ozdoev. Who served in the Red Army. More to this, the Magonmed hasn't exposed much about his father and mother, including their names and identities. Due to Magome's private nature, we don't know much about his parents as he has never shown concern for revealing their info, not even about their profession. However, we know that he is Mustafa's son, but his mother's name is still unknown. Additionally, the Ozdoyev family was forced to abandon Chechnya due to the First Chechen War.

For your co-concern, the Russian military was against Chechen separatists in the First Chechen War and supported the Chechen Republic of Ichkeria. At that time, Magomed's devotion to football was adored and trained under his father, Mustafa. Similalry, Magomed reveals that it was the hardest experience for him to appear on Russia-1's program in 2017, before the 2018 FIFA World Cup.

In his early career, the Fatih Karagümrük jersey number 72, Ozdoyev, was extremely dedicated and passionate about football. Besides, he began his early career by playing football for Malhobek Sports School in 2004. After a few years, in 2006, he joined the club Augusht Nazran, a Russian football association based in Nazran. During his young career, he played for four clubs, including Terek Grozny and Dynamo Kyiv.

Furthermore, he officially began his club career in 2010 when he also made his debut for the Russian Premier League on Jul 10, 2010. During the league, Ozdoyev represented Lokomotiv Moscow and played against FC Anzhi Makhachkala. Similalry, in 2017, he played for a Russian professional football club, FC Terek Grozny, on loan for one season. 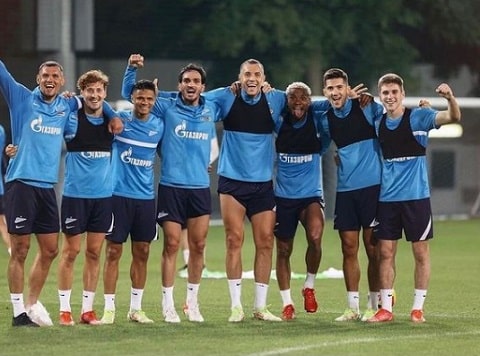 Additionally, the talented football player has played for over five clubs. He is among the most experienced Russian players like other Russian footballers such as Gamid Agalarov, Daniil Lesovoy and more. For more information, he joined the Fatih Karagümrük on Jul 28, 2022, and as per the reports, his contract expires on Jun 30, 2024.

The fan's favorite footballer, Ozdoyev, started his international career on 2009 when he represented his home country in matches like Under 17 and 19. Likewise, on May 11, 2012, he was selected to Russia's provisional squad for the UEFA Euro 2012, and that was the major turning point for him as that was the first time he was named for the national team. Apart from that, he was also the first Ingush to be a part of the Russian national team.

Similalry, in November 2016, he successfully assisted his team to the victory by scoring Magomed's first national team goal in a friendly against Romania. Afterward, he got many opportunities to play for his home country in matches like UEFA Euro 2012, UEFA Euro 2020, and many friendly competitions.

Net Worth And Salary Revealed

The Russian football player Magomed Ozdoyev has an estimated net worth of more than a million dollars. Besides, his sports career shows us he is one of the rich and well-settled football players. For your concern, he has a networth of $ 1 million-$1.5 million. However, the exact details of his networth remain unclear to us.

According to some sources, the player must receive millions per year as he has signed a huge contract with his fellow club that expires on Jun 30, 2024. Similalry, the primary source of his income is the football profession. Other than that, Ozdoyev might be receiving from endorsements and sponsorships as well. 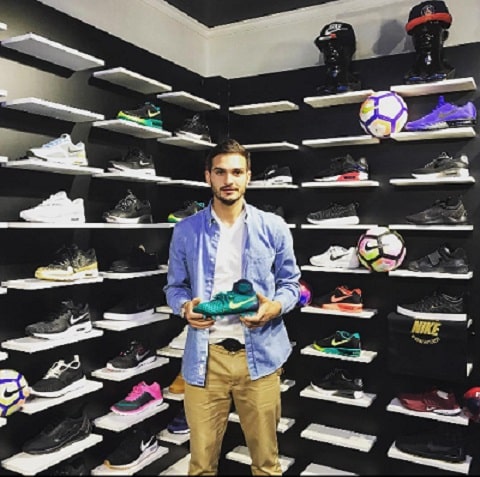 For further information, the current market value for Ozdoyev is €2.50m. In 2019, his market value was around €7.00 million, the highest market value of his entire career. Considering all that facts and info, the player surely enjoys a decent networth and has maintained his lifestyle in an attractive way.

Additionally, the footballer is fond of shoe collections and has a collection of various shoes, including football boots and many more, that have surely attracted his fans and must be worth thousands of dollars.

The former Zenit Saint Petersburg player, Magomed Ozdoyev, is happily married to his wife, Margarita Muslimova. Besides, he has a small but happy family of five. Again, the couple hasn't revealed any facts about their married life, including their married date and venues, so this is suspicious to us for now.

Nevertheless, Ozdoyev and Muslimova seem to be in a romantic relationship before their wedding, which is why they make a perfect couple. Additionally, the lovebird is also the parents of three a son and daughters. Besides being a professional football player, he is also an amazing father. 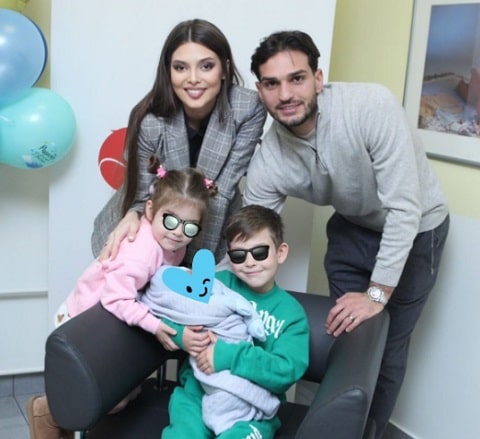 Ozdoyev has maintained privacy for his daughter, and her name and identity are also hidden from us. Still, we have a few details about his son, Timur Ozdoyev, and he is his dad's favorite as Ozdoyev never missed the chance to enjoy his free time without his son. The loving and caring father, Ozdoyev often shares his family photos on his social media handles.

Many football fans are trying to reach Ozdoyev on social media handles. So, we are here to let people know he is active on social media platforms like Instagram and Twitter. However, he is more active on Instagram, sharing his daily life, football-related content, and photos.