David Moyes is a professional football coach from England who currently manages the English Premier League club West Ham United. This is the second time, David is managing West Ham following the sacking of Manuel Pellegrini.

The current West Ham manager is also a former player who played for Celtic, Bristol City, Preston North End, etc. Moyes played as a centreback during his playing career and even captained Scotland at Under-18

The Scottish manager was awarded LMA Manager of the Year in 2002/03 while he was in Everton. In the 2004/05 season, he secured a Champions League spot for Everton. He also succeeded  Sir Alex Ferguson in Manchester United. Red Devils fans called him "The Chosen One" as he was chosen by Ferguson himself as a replacement.

David William Moyes was born on April 25, 1963, in Glasgow, Scotland, and is a Christian by religion. 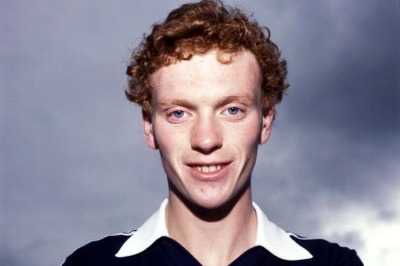 David's mother's name is Joan Moyes, who worked in a clothes store. His father David Sr. was a lecturer at Anniesland College. Later, Sr. also worked as an Everton's scout. He has also a cousin named Dessie Brown.

The West Ham's coach has been in football for a long time both as a player and manager. Managing top clubs like Everton and Manchester United, he has earned himself a lot of fortune enough for him.

According to sources, David Moyes's net worth is estimated to be $24 million approximately. He recently signed a new 3-year contract with West Ham up to 2024. However, the worth of the contract is not revealed yet on their official website too.

There are some sources claiming that West Ham's manager took a 30% pay cut from his salary in the pandemic.

In 2001, Moyes started his professional managerial career with Preston signing a contract with $3.5 million for 5 years. It included bonuses and incentives. He earned up to £30,000 per week from 2002 to 2008 at Everton. After having several successful spells at Everton they renewed his contract and raised his pay to £4 million per year.

In total, the former Everton's manager earned $35 million from his contract at Everton F.C. between 2002 and 2013. Later, the 1981/82 Scottish Premier Division winning center back signed a 6-year contract with Manchester United worth £30 million. But he was sacked just after a year that would compensate him £5.2 million. He collected about $16 million including bonuses and incentives during his time at Man United.

Among the 20 managers in EPL, Moyes is the 13th highest paid manager earning £780,000 per year.  The EPL's lowest-paid manager is Chris Wilder of Sheffield United who earns £675,000 per year.

David Moyes's career and salary as a player

The current Hammers manager started his career with Celtic U20 joining them on a free transfer from Drumchapel in 1980. Celtic promoted him to the senior team in 1982. In 1983, he joined Cambridge United on a free transfer.

Cambridge Utd sold him to Bristol City for €12 Thousand in 1985. Later, Bristol sold him to Shrewsbury for €35 thousand.

Though former Celtic's center back did not have a great career and high paying salary as a player, he had his best career as a manager earning more than €50 million. Now, he is managing West Ham and earning a sufficient amount, and is living a luxurious lifestyle with his family.

David Moyes is currently happily married to Pamela Moyes. David has been married to his wife Pamela for more than 30 years. The duo first met during his playing time at Celtic.

David's wife Pamela is a great supporter of her husband and has been supporting him for more than 3 decades through highs and lows. 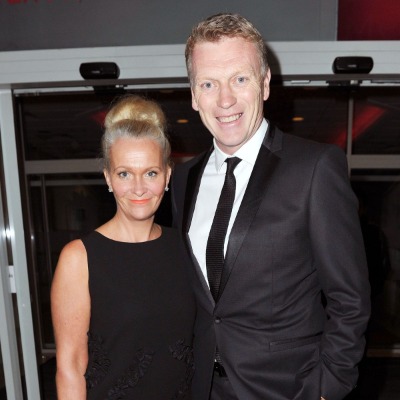 The Moyes couple is proud parents of 2 children daughter, Lauren Moyes, and a son David Jr. David Jr is also involved with Westham as a scouting revamp.

David recently hired his son in Westham who used to work for Wasserman as a talent manager. There, he joined in 2011 as an intern.

David Moyes's daughter Lauren is a beautiful girl who came into the limelight when she was rumored to have an alleged relationship with Wilfired Zaha. At that time, David was the coach at Manchester United and Zaha used to play as a winger. Then, Lauren was just 19 and Zaha was 21 years old young promising player.

There was a rumor regarding Zaha slept with his manager's daughter. However, the alleged player and Moyes's daughter Lauren never really agreed to those rumors.

In fact, Zaha was so much affected that the young talented forward did not get a chance to show his potential. wrote on Twitter denying all the accusations. 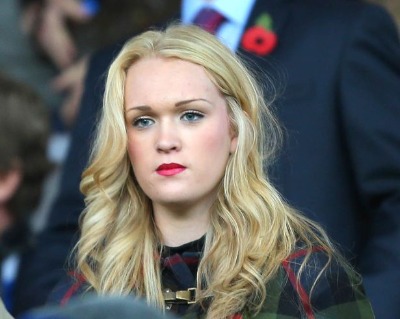 Following the rumor, people even started saying that the controversy was the sole reason for him not playing chances in Old Trafford. In response to that, the Crystal Palace's winger wrote on Twitter;

“I've never dated or even met David moye's [sic] Daughter so that isn't the reason for my absence in games,”.

Moyes was one of Scotland's rising center-back who won the Scottish Premier Division with Celtic in 1981/82. With Bristol, he also won Associate Members Cup' in 1985/86. He also led the Preston North End to 1995/96 in Football League ThirdDivision.

Besides, he has also won Premier League Manager of the month 10 times, lastly winning the title in March 2013.