Nuno Espirito Santo is a Portuguese football manager by profession who currently is the head coach of Premier League club Tottenham Hotspur. Before starting his career as a football manager, Nuno used to be a football player who played as a goalkeeper. He was awarded an Honorary Doctorate in Sport by the University of Wolverhampton in May 2019.

The former player represented Portugal at the 1996 Olympics and won the 2002/03 UEFA Champions League under Jose Mourinho, being a part of the Porto squad. Santo achieved the best start to a Premier League season for Tottenham after beating Watford on August 29, 2021.

Who is Nuno Espirito Santo?

Nuno Herlander Simoes Espirito Santo also known as Nuno Espirito Santo was born on January 25, 1974, in Sao Tome, Sao Tome, and Principe, and his zodiac sign is Aquarius. Despite being raised by both his father and mother, there is no information regarding their identities declared by Santo himself via any social media. 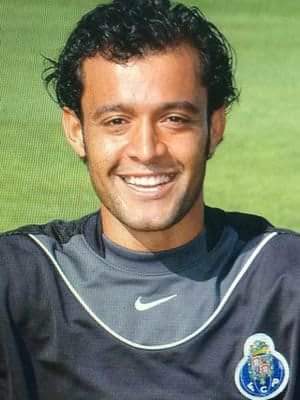 Also, there is no information disclosed regarding Nuno’s number of siblings neither their identities. Like any other famous person, the Portuguese manager prefers to keep his private life secretive, out of reach from the media.

Nuno being a football manager, undoubtedly makes an accountable amount of money. According to sources, he has an estimated net worth of about $7 million.

Being one of the richest people lists from Portugal, his salary is estimated to be $3 million approximately. His main source of salary is for being a football manager currently and a goalkeeper previously. 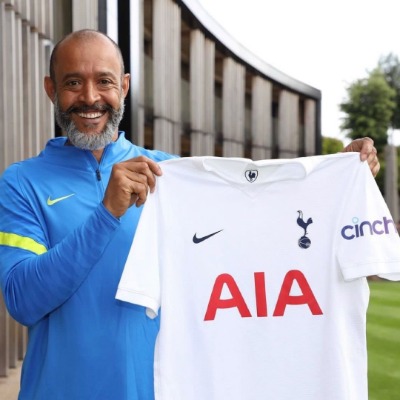 Tottenham Hotspur announced Espirito Santo as their head coach on a two-year contract with an option to extend for a third year, on 30 June 2021. The contract will last until 2023. Nuno is, sure enough, living a luxurious and comfortable life being well paid by his profession.

Before Tottenham, he was the manager of Wolves where he used to earn £2.75 million as a base salary. There he had his contract raise up to £4 million per year for the 2020/21 season. He was among the highest-paid premier league manager.

Read about the net worth of Jimbo Fisher.

A former footballer is already a married man. He has tied a knot with his wife Sandra about decades ago. The duo together has three children, two daughters, and a son.

Dating back in December 2018, he was spotted waving towards his family, who were present on stands at Wembley. This obviously proves the healthy relationship between the family and Nuno. It is also said that he had a hard time when he had to stay away from his family during the Covid-19 due to travel restrictions. 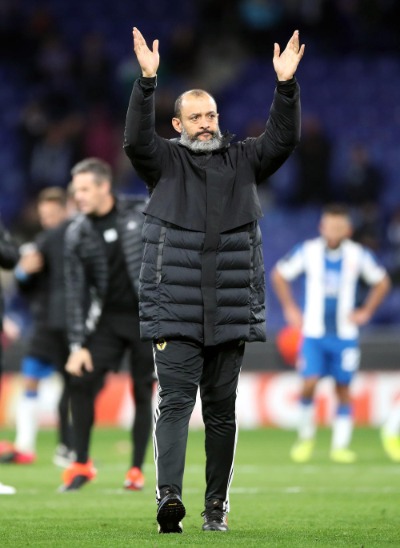 He also uses Twitter with the name @Nuno and currently has more than 39.1 K followers.

Stay tuned with Playerswiki for more information on athletes.