David Fluellen Jr. is an American football running back who plays for the Tennessee Titans of theNational Football League. In the 2014 NFL Draft, he was signed by the Philadelphia Eagles as an undrafted free agent. He played collegiate football for the University of Toledo.

Running back, David Fluellen was born on January 29, 1992. A native of New York, Fluellen stands 5 ft 11 in tall and weighs 102 kg. He was born under the star sign of Aquarius. Fluellen attended and played high school football at Lockport High School. He has been active in the NFL since 2014.

28-year-old David Fluellen's primary source of income is football. He has an estimated net worth of around $10 million. On July 29, 2015,  David Fluellen signed a one-year contract for $720,000  with the Tennessee Titans, including an average annual salary of $720,000.

Fluellen also receives money from his various endorsement deals and sponsorships.  He is seen promoting the Ethika clothing brand on his Instagram.

David believes in giving to others and is indeed very active in his charity deeds. He takes part in various events that support kids' sports education, such as Buffalo United Charter School sports classes, and exclusive meet-ups at John R. Oishei Children’s Hospital in Buffalo.

David Fluellen is married to WSMV-TV anchor/reporter Desiree Wiley. Both of them attended the same high school in Lockport. But the two started dating when she met him at his American Football match when she was working as the host.

This year will mark as a special year for them because they are soon going to have a child. Fluellen enjoys watching movies with his beautiful wife, Wiley, in his free time. David lives with his family in New York.

According to the photos Desiree and David share on their Instagram accounts, they both try to keep their relationship as romantic as they can.

Born on January 29, 1992, David Fluellen grew up in the town of Lockport, New York. He is a son of David Fluellen Sr. and Arletha Fluellen. David has five sisters and a younger brother who was a running back at Syracuse and Maine. 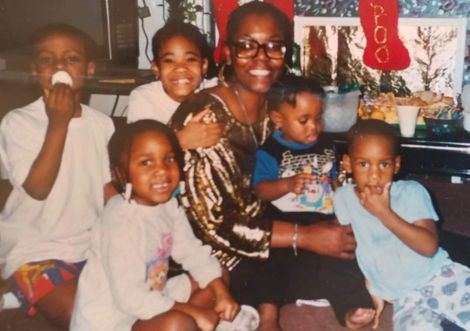