David Benavidez is a rising American Professional boxer. He has been fighting at the professional level since 2013. He is yet to lose a single match in his professional career. David is a two-time WBC super-middleweight champion. Benavidez held the title from 2017 until 2018 and again from 2019 until 2020. David is ranked as the world's second-best active super middleweight.

David has been fighting for more than nine years at the professional level. He is one of the best fighters currently fighting in the states. David has an estimated net worth of more than $2 Million. A professional boxer has several income sources like Prize Money, Sponroships, advertising deals, bonus money, the night's fight, etc. 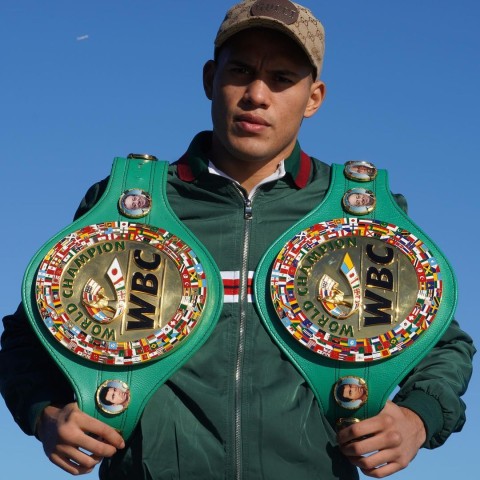 In 2017, the American fighter took home $400,000 for this fight against Ronald Gavril. In 2018, Top Rank offered David sponsorships. Initially, he accepted the proposal and accepted a $250,000 signing bonus. However, after some time, he changed his mind, returned the money, and canceled the deal.

Benavidez earned $1 Million for a single match in 2019 against Anthony Dirrell. He eventually won the game. His opponent also earned the same figure. The fighter must have received some extra money as his bonus amount.

David is a married man living a happy married life along with his wife and his children. The American boxer has been successful in keeping his personal life away from the spotlight. He has not uttered a single word about his wife in public. He is a very active social media user and keeps posting his family photos. 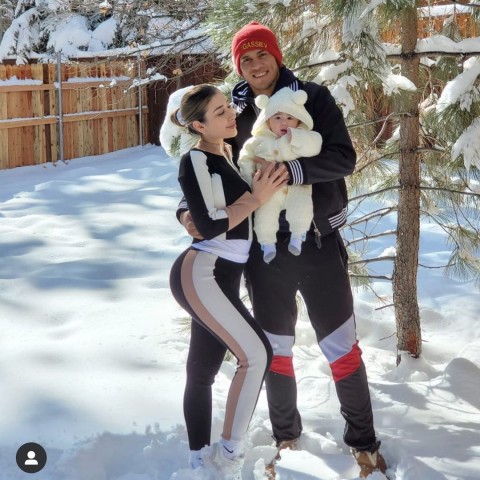 David shares a photo along with his wife and son SOURCE: [email protected]

Benavidez and his wife welcomed a new family member, a baby son, Anthony, in September 2020. David opened about expecting a baby through a post in Instagram account in early 2020. Some sources claim that He has a daughter of eight years, but there is no single about her in public.

Benavidez finished his amateur career with a 15-0 record. He made his pro debut at the age of 16 up against Erasmo Moreno and won the match in round one via KO. In 2015, David signed a promotional deal with Sampson Lewkowicz's Sampson Boxing. The same year, He won his first title of vacant NABF junior light heavyweight title against Rollin Williams.

David retained his title in the next few matches. He won his WBC super-middleweight title in 2017 against Ronald Gavril. He defended his title against Gavril in the very next game. In 2019, Benavidez won the WBC super-middleweight title against Anthony Dirrell. The fighter played his last game in August 2020 against Roamer Alexis Angulo. He is set to face Ronald Ellis on March 13, 2021.