David Lane Barnett is a famous sportscaster currently working as the radio voice of Mean Green Sports Network. He has been working for the show since 2015. Besides, he also works as a play-by-play announcer Big 12 baseball games on Fox Sports 1, college basketball on American Sports Network, and football and men's basketball for the University of North Texas (UNT).

Dave Barnett Net Worth and Salary

As of 2019, Dave Barnett has an estimated net worth over $400,000. Additionally, he has worked for some popular sports network like ESPN and Fox Sports.

These networks are known for paying a huge salary for their employee, so Barnett might be earning quite well from his profession as a play-by-play announcer and reporter.

Checking the payroll system of the network, Barnett is assumed to be earning around $100,000 as an annual salary.

Dave Barnett is currently married with three children and the family currently lives in Lantana, Texas. The details of his wife are not available yet.

In his lifetime Dave had also played a role in a movie name Hotel Sorrento. He was awarded UPI Radio Commentator of the year award twice.

Barnett had a diagnosis and it was found that he was suffering from a complicated migraine. He told that he had no memory of the incident and he did not know about that incident until his wife told him about it. After the incident, he never returned to the Rangers.

Dave Barnett was born on April 27, 1958, in Denton, Texas, United States. He holds an American nationality and belongs to the white ethnic group. There is no information regarding his father, mother, and siblings.

Dave Barnett graduated from the University of North Texas in 1979.

Dave Barnett started his career as an announcer for the Dallas Mavericks in 1981 and left the job in 1988. He then worked for the San Antonio Spurs from 1988 to 1996 and later for the Texas Rangers, Southwest Conference in 1990.

Barnett then joined ESPN and served the network until 2009. When his contract with ESPN ended, he went back to work for Rangers and worked as a radio broadcaster. 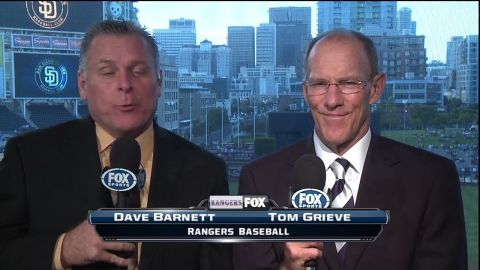 In his work history, On June 18, 2012, when he was broadcasting a Ranger/Padres game, he for some unknown reasons started giving nonsensible remarks during the bottom of the eighth inning of the game. He then became silent for some twenty seconds and then he started commentating on the game in a normal manner as if nothing had happened. 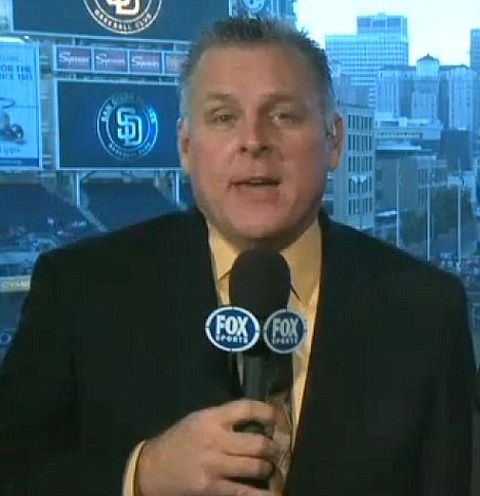 On September 4, 2012, he announced that he would do a play-by-play commentary of the two football games of the University of North Texas. The same year in November, he also broadcast another football game.

In May 2013, he again started broadcasting college baseball game for the Fox Sports Southwest television broadcast. Then in 2014, he was hired by Fox Sports 1 for Big 12 Conference and in 2015 he began working as a radio voice for Mean Green Sports Network replacing George Dunham.