Darvin Ham is an American retired professional basketball player and the current top assistant coach for the Milwaukee Bucks of the National Basketball Association.  He spent eight seasons in the NBA from 1996 to 2005. After that, he moved to the Philippine Basketball Association and NBA Development League until 2008. His major achievement includes winning an NBA championship with the Detroit Pistons in 2004. 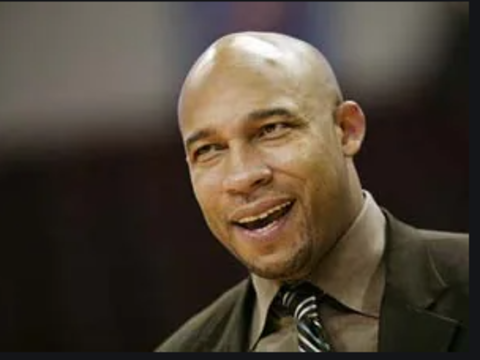 Darvin Ham was signed by the Denver Nuggets as a free agent on 1 October 1996. SOURCE: NBA insider

In January 2006, he was signed by the Philippines Basketball Association team Talk N' Text Phone Pals. While with the team, he averaged 16 points in the 2006 PBA Fiesta Conference Playoffs. During the year 2006, he had also served as a studio analyst for FOX Sports Southwest's coverage of the Dallas Mavericks.

From 2008 to 2011, Ham served as an assistant/head coach for the Albuquerque Thunderbirds. He then became an assistant coach for the Los Angeles Lakers where he worked with Kobe Bryant, Pau Gasol, and Dwight Howard. He next joined the Atlanta Hawks' coaching staff and led the team to a division title and the number 1 seed in the Eastern Conference Playoffs.

In June 2011, he set himself on course to conduct basketball clinics for 300 youth from underserved areas, from places like Venezuela and Myanmar. In 2013, the Michigan-born former NBA star returned to the Atlanta Hawks as an assistant coach.

Since his rejoining, he has led the Hawks to reach the playoffs in two consecutive seasons including the Eastern Conference finals in 2015, and helped the Hawks starting five into the 2015 NBA All-Stars. From 2018 to the present, he has served as an assistant coach for the Milwaukee Bucks alongside the head coach, Mike Budenholzer.

Darvin Ham's Net Worth And Salary

HoopsHype writes Ham's career earnings as an NBA player have grossed over $6.8million since he turned pro in 1996. Adjusted for the inflation, that's a little over $10 million in today's economy. He got his highest salary worth $1.76 million playing for the Milwaukee Bucks in the season 2001-02. 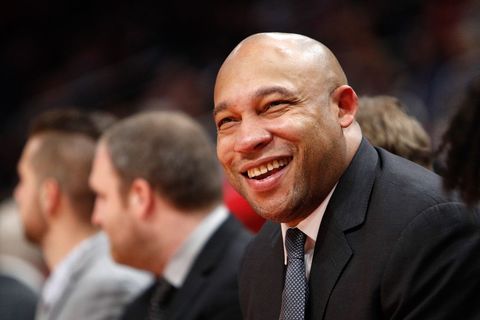 Darvin Ham has led the Atlanta Hawks to reach the playoffs in two consecutive seasons including making it to the Eastern Conference finals in 2015 SOURCE: Milwaukee Bucks

While his days of receiving gainful NBA checks might have gone, Ham, nonetheless, still could be pulling in close to or even more than millions serving as an assistant mentor for the Bucks. Though in his case, the former scenario is more likely to be the truth. Most NBA side coaches have been reported to cashing in anything from $100,000 and $1million; in some cases even more.

Depending on the coach's experience. Sad thing is, the NBA rarely discloses the coaching salaries for either head coach or assistant coaches. Ham's been in the coaching business for over a decade.

That said, he must have had a good bump in his salaries throughout his coaching phase. The best guess is that he could be pocketing an average of $500,000 or so since the second half of the 2010s. Considering that along with the fortune he had collected from his NBA era as a player, Ham's net worth should very well be in the frame of $3-$5million.

Reports claim Ham is married to Deneitra with whom he shares a son, Darvin Ham Jr. Ham Jr is also an assistant coach at Saginaw Valley State University. He formerly played for Northwood University.

It is unclear and a bit of mystery regarding the question, whether the former NBA champion is still married to Deneitra. As such he has kept his personal pursuit pretty confidential. There's also the 2005 fiasco to consider in this case.

About 15 years ago in June, Deneitra was sentenced to a year's probation for hitting Ham on the head with a wine bottle. The incident had originally taken place in March 2005. In addition, she was sentenced to 30 hours of community service and an anger management program. The couple at the time was residing in suburban Detroit. Some believe the couple is still together and also has two other sons in addition to Ham Jr.