Mike Budenholzer is an American professional basketball coach. He is the head coach of the Milwaukee Bucks of the National Basketball Association (NBA).

Previously Budenholzer was the head coach of Atlanta Hawks for five seasons and for San Antonio Spurs for he served as video coordinator and assistant coach for 18 seasons. Budenholzer is married to Mary Beth Budenholzer and has four children.

Mike Budenholzer was born on 6th August 1969, in Holbrook, Arizona, United States. He is the youngest among seven children of his parents, father Vince Budenholzer and mother Libby Budenholzer. His father was a coach and a teacher at the Holbrook High. 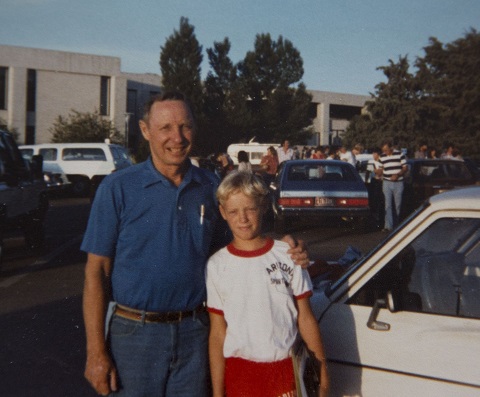 Budenholzer grew up along with his siblings Joe Budenholzer and Jim Budenholzer. He belongs to an American nationality. Budenholzer attended Holbrook High School and graduated from Pomona College in Clairemont, California, with a bachelor’s degrees in philosophy, politics, and economy.

Before pursuing his career as a coach, Mike Budhenholzer played basketball for the college team. After his college, Budenholzer played 1993–94 season for Vejle Basketball Klub in Denmark. There, he averaged team-high 27.5 points per game. At the same time, Budhenholzer further served as a head coach for two teams of the club's youth system. 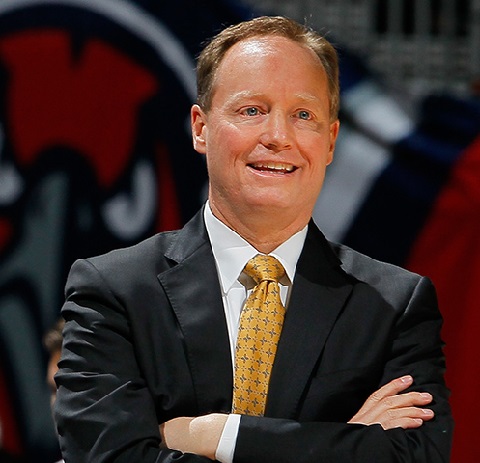 Later San Antonio Spurs hired Budehnholzer as a video coordinator for the 1994–95 season. After working for two years, he became an assistant coach. At the end of 2013 NBA Playoffs, Budhenholzer left the club and joined Atlanta Hawks as a head coach.

Moreover, Budhenholzer was also named the coach for the December 2014 Eastern Conference and 2015 NBA All-Star Game. On 17th May 2018, Budhenholzer became the head coach of Milwaukee Bucks of the National Basketball Association (NBA).

Mike Budenholzer, aged 49, is married to Mary Beth Budenholzer. However, Budenholzer hasn't revealed the actual marriage date. The husband and wife are blessed with four children from their marital relationship. They have two sons, William Vincent and John Bent and two daughters Savoia Elizabeth and Hanna Louise.

Along with his profession, Budehnholzer is successfully maintaining his career too. Since the wedding, he is living happily with his spouse and kids. So far, there are no any signs of their divorce and extramarital affairs. Besides this, Budhenholzer hasn't dated any other girls in past.

Mike Budenholzer Net worth and Earnings

Mike Budenholzer earns a good sum of money from his career as a basketball coach. Currently, Budhenholzer has an estimated net worth of $3 million. Similarly, he earns an annual salary of around $2 million.

Budhenholzer is the current head coach of Milwaukee Bucks of the National Basketball Association (NBA). Moreover, he previously worked for Atlanta Hawks and San Antonio Spurs. Likewise, Budenholder might have earned a decent amount of money from his previous career as a basketball player.