Philip T. Handy, best known as Phil Handy, is an American basketball assistant coach currently serving for the Los Angeles Lakers of the National Basketball Association (NBA) and a player development trainer. A former basketball player, he finished his collegiate career at Hawaii Rainbow Warriors and then professionally abroad.

It's been a decade since Phil Handy is actively serving in the coaching field, earning a decent sum of money. Currently, he is serving as an assistant coach for the Los Angeles Lakers of the NBA.

Reportedly, assistant salaries go anywhere from $300,000 to $1 million depending on their experience and success in the NBA. Hence, Handy is assumed to make no less than the six-digit figure per annum. As of 2021, his net worth is $1 million.

As a matter of fact, Phil handy has never opened his personal side in public. It's still unknown if he is married or single. Not only that, no outsider knew his love story, it would be totally wrong if we say he has not dated a single lady to date. Must say, Los Angeles has maintained his personal life as far as possible from the media sight.

Besides, Phil Handy is quite popular on Instagram with 287K followers.

After being undrafted in the 1995 NBA Draft, Phil Handy went to play for the minor league club CBA side Omaha Races from 1995-1997. Following three seasons, he joined SlUC Nancy Basket but had a brief stint.

Further, he played a season at Grand Rapids Mackers (1997-1998) and subsequently at La Crosse Bobcats.

In 1999, he flew to Manchester to join Manchester Giants. In 2000, he joined the Australian club Melbourne Tigers. He played the 2001-2002 season for West Sydney Razorbacks of NBL. 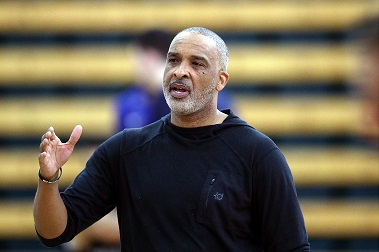 In 2011, he once again stepped into the sport as a player development trainer 2011.