Danyelle Sargent is a former American sports television reporter who worked for ESPN, Fox Sports, Comedy Central, Yahoo, and NFL Network. She served actively from 2002 to 2013.

Georgia, United States native, Danyelle Sargent was born on 7th May 1978, under the star sign Taurus. The forty-three years old holds an American nationality and is of white ethnic background.

Sargent started her television career working at WGXA, in Macon, Georgia. From 2002 to 2004, she served as a sports reporter and anchor for Metro Sports. During the 2004 pre-season, she was a sideline reporter for the Kansas City Chiefs.

IN 2004, she was hired by ESPN to work on its ESPNEWS channel. There, she also contributed to ESPN2's Cold Pizza (now ESPN First Take).

While her stint with ESPN, she caught in a controversy after she exclaimed, "What the fuck was that?" over the broadcast on March 9, 2006, when a series of technical difficulties occurred while she was co-anchoring a live broadcast of ESPNEWS, leading ESPN to air a taped segment. She thought the microphone had been cut.

On 5th November 2006, Sargent made her Fox Sports Net debut on FSN Final Score.
On 27th June 2011, she appeared last for the FSN Score.

IN January 2011, Onion SportsDome on Comedy Central premiered which ran for one season with Sargent as fictional sportscaster Melissa Wells. 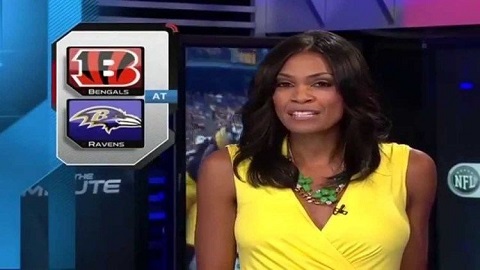 From 2011 to 2012, she hosted for Yahoo! Sports where she covered college football, the NFL, fantasy football, NASCAR, and high school recruiting.

After, she worked for the NFL Network as an update anchor. She was with on-air while  Peyton Manning announced to play for the Denver Broncos and Tim Tebow's trade to the New York Jets from the Broncos.

In April 2013, she appeared last for the NFL Network.

Danyelle Dargent is married to Eric Musselman, an American basketball coach serving as a head coach at the University of Arkansas.

The coupled tied the knot in 2009. The following year, they welcomed their first child, a daughter, Mariah Musselman.

Following a mother's footsteps, Mariah has worked as a sideline reporter. During the 2018 NCAA tournament, CBS aired a feature of Mariah interviewing her father. “Hi, my name is Mariah Musselman, and I am not going to go easy on my dad,” Mariah said at the start of the interview. 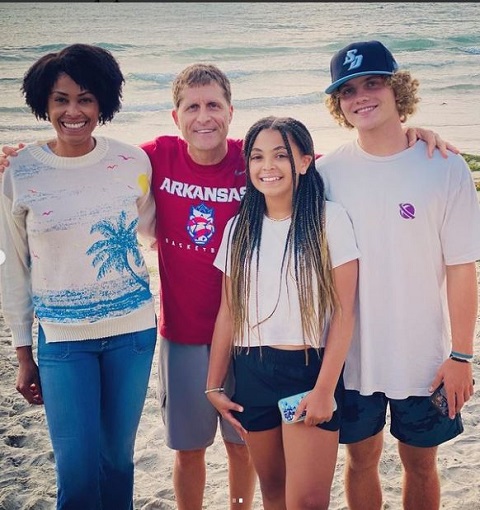 Danyelle Sargent with her husband and children SOURCE: Instagram @danyellesargent

Besides, Sargent has two stepsons Matthew and Michael, from her husband’s past relationship.

Danyelle Sargent is active on Instagram with 12.9k followers. She often posts her family on socials.

How Much Is Danyelle Sargent Net Worth In 2021?

Danyelle Sargent has summoned huge fortune during her peak working with ESPN, NFL Network, and Fox Sports among others.

After Sargent retired, she is involved in her husband's career.