Daniil Kulikov is a professional football player from Russia who currently plays in the Russian top league, the Russian Premier League. He plays in the defensive midfielder position for Lokomotiv Moscow where he joined in 2017. He wears the Number 69 Jersey for his team.

Who is Daniil? Who are his parents?

Daniil Mikhailovich Kulikov, famously known as Daniil Kulikov was born on June 24, 1998, in Reutov, Russia. According to astrology, his birth sign is Cancer.

Information about his father and mother is not known at the moment. He has not shared their photos on his social media also. 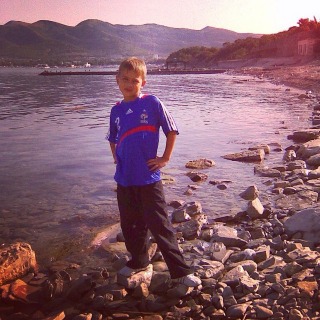 He started playing football at an early age but he officially played for the youth team of FC Lokomotiv Moscow. He played his youth career with Lokomotiv from 2016 t 2018.

He finally started his senior career in 2019. His first debut in the Russian Premier League was on October 178, 2019.

What is the height and weight of D Kulikov?

Who is Kulikov's girlfriend? Is she elder than him?

Following the Instagram posts of Daniil Kulikov, it is confirmed that he is having a romantic relationship with his girlfriend, Dasha Dimitrenko. He frequently shares cheesy photos with his partner.

The couple has been together for more than 6 years as of 2022. 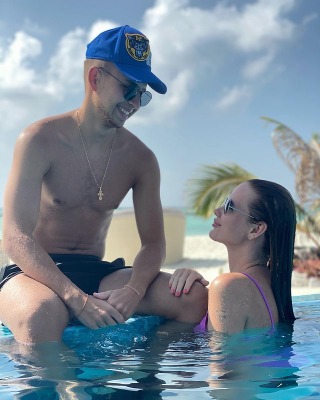 Read: Why did Lucas Radebe Marry twice? (Wife and Divorce)

Daniil posted his love life with his partner for the first time in September of 2020. In the photo, we can see the pair kissing each other. Since then, the pair have been in relationships and living with each other.

His partner Dasha also regularly comments on his posts. We could not find any additional information about his girlfriend Dasha as she had kept her Insta private.

Daniil's net worth and salary

The Russian-born Lokomotiv's defensive midfielder is just at the start of his career. So, he has not earned much salary from his career.

According to Salary Sport, his yearly salary at Lokomotiv is just £2,600. And he has not been able to land any sponsorship deals with any brands. 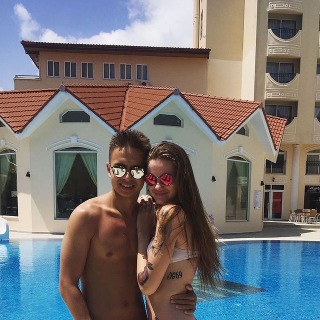 Daniil Kulikov with his partner in front of house SOURCE: [email protected]_

He lives a moderate lifestyle with his girlfriend in Russia.

As per transfermarkt, his market value in 2022 is 3 million pounds.

D Kulikov is an active social media user. He has made his presence highly on Instagram with the username @d.kulikov_ where he has more than 5,300 followers.

His posts are mostly about his games, training, and private life with his lover.