Francois Kamano is a professional football player from Guinea who currently plays in the Russian top league, the Russian Premier League. He plays in the left-winger position for the Lokomotiv Moscow where he joined in 2020. He wears the Number 25 Jersey for his team.

Francois won the Russian Cup with Lokomotivin 2020-21 season. Previously, he has also played in the French top league, League 1. He played for Bordeaux between 2016 and 2020. Besides, he is also on the national team of Guinea and has represented them in different international tournaments since 2015.

Francois Kamano was born on May 1, 1996, in Conakry, Guinea. According to astrology, his birth sign is Taurus.

He has never shared his parents and family background in the public. So it is still under the radar what his father's and mother's name are And also about his sibling's information. 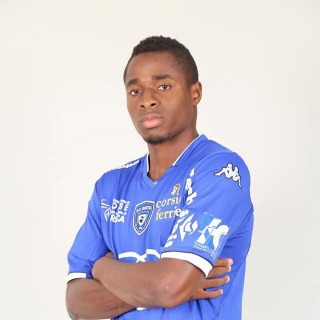 Read: Lucas Paqueta's Bio and Personal Information || His love for his mother

However, he started his football career with the youth team of Guinean club named Satelite Football Club in 2010. At that time, he was just 14 years old. He moved to Bastia in 2013 where he spent 1 season before getting promoted to their senior team in 2014.

In 2016, he played for the French club Bordeaux and after 4 years, he moved to Lokomotiv Moscow.

What is the net worth of Francois? His market value in 2022

According to the source, the net worth of the Guinean left-winger, Francois Kamano is $2 million approximately. He mostly earns from playing football with a different team.

He lives a lavish lifestyle with his family in Russia where he plays professional football. His outfitter is Nike. 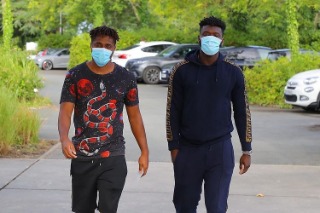 He frequently shares his photos with his wife through his social media. We can see him with his lover in different events but he has never mentioned her name in his Insta. Francois Kamano with his partner and child SOURCE: [email protected]_kamano

He and his wife are the proud parents of their child, Fkjr. His son Fkjr celebrates his birthday on October 8 of every year.

Francois Kamano is also very much active on social media. His Instagram id is @francois_kamano where he has more than 51,000 followers.