Dani Cameranesi is an American women's ice hockey forward who currently plays for the Buffalo Beauts in the NWHL. She started her professional career with the US national women's team at the 2014 Nations Cup in Kamloops, British Columbia, Canada and also won the gold medal in the 2018 Pyeongchang Olympics.

The 2011 Blake School Most Valuable Player was born on June 3, 1995, in Plymouth, Minnesota, the U.S. She attended Blake School where she was the team caption of the women ice hockey team. She also won the conference title with Blake School in 2011.

The famous ice hockey forward has collected a good amount of wealth and fame through her playing career. Having earned thousands of dollars from her ice hockey career, sand he has an estimated net worth of around $800,000.

She is currently playing for Beauts in the WNHL  where she is earning around $20,000 annually and 15% extra from the sales of her Teams Merchandise which specifically related to her. 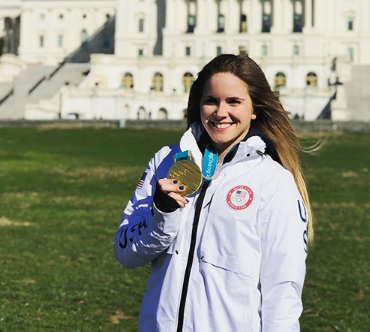 She was also the player in her high school days where she must have received scholarships and extra fooding and lodging facilities.

She also represented her nation in the Olympic games, through which she earned between $35,000 to $40,000. Similarly, players like Alex Rigs, Kacey Bellamy, Gigi Marvin, Megan Keller,  also used to make in the same range.

Dani Cameranesi is in a relationship with her long-time boyfriend Michael Budzinski. The couple is dating each other for more than 6 years since July 2013. 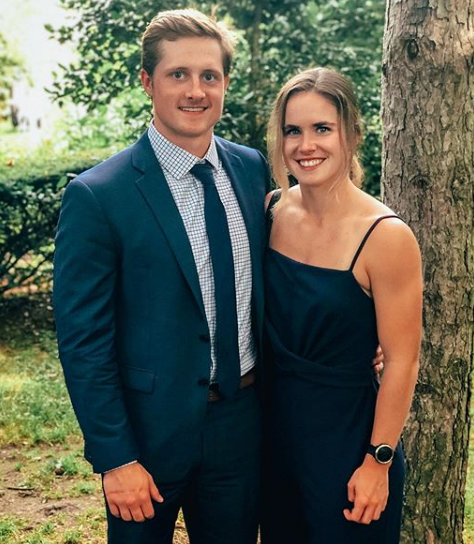 The couple started dating each other since 2013 and till then they are tied in love bound which seems to be unbreakable. Dani and Michael are planning for a wedding and due to Dani's professional career they are facing personal issues but within 2020 they are planning to be tied in a knot.

Dani is the youngest child in her family where she grew up with her brother Tony and older sister Samantha. Her father Ken Cameranesi is a U.S. Bancorp Investments Senior Vice President and her mother Tess Cameranesi managed households.

The famous Ice Hockey Player seems to be the versatile personality and besides her sports career, she is eligible to build a career in the corporate world also. She is graduated in agricultural business management with an emphasis on Financial Analysis and a minor in Finance at the University Of Minnesota.

She is now planning to pursue a career in Business, whether it be management, trading stocks, or financial investment.

During 2013 she worked as a Student-Athlete Assistance in HopeKids Organisation. As an Activist she gives hope to children with cancer and other life-threatening illnesses and their families, via a program of ongoing, highly anticipated events with the message that hope is powerful medicine.

She has served as someone who Interacts with children containing life-threatening illnesses to provide a fun and safe environment while assisting them in climbing a rock wall.