The resident of Canada, Daniel Gerard O'Toole, was born on September 10, 1975, in Peterborough, Canada. He is Canadian and belongs to the White ethnic group as per his nationality. His star sign is Virgo.

The Canadian sportscaster/anchor Daniel Gerard O'Toole has an estimated net worth of $2 million as 2022. Not to mention, Dan is one of the most popular TSN anchors who has made a successful career as a sports anchorman. Since TSN is a popular Sports Network, it is well known for paying a heavy salary to its sportscasters. Being a regular TSN anchor, he earns a decent wage from the network. 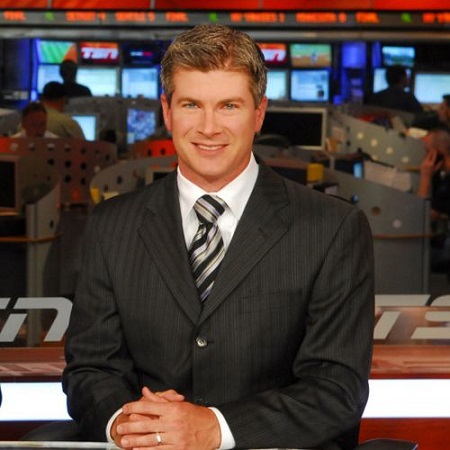 The salaries of professional sports broadcasters range from $18,824 to $75,754 annually, and the pay varies with experience. As of 2020, the reporter receives an annual salary of $100,000 from his successful reporting career with TSN because of his experience.

Further, the TSN reporter also receives an added sum of money from his radio and TV guest appearances as a sports pundit.

Daniel Gerard O'Toole works alongside Jay Onrait at TSN. And as of now, Jay Onrait reportedly receives an annual salary of $100,000. Darren Dutchshyen is one of the highest-paid sportscasters on the TSN Network.

Dan O'Toole was married to Corrie O'Toole. Before their divorce, they were blessed with two daughters, Ruby and Sydney. However, the duo could not carry their relationship well and divorced. Further, information regarding their reason for divorce is not disclosed yet, and also there are no rumors of Dan having an affair with anyone. Dan has a loving and supportive family. 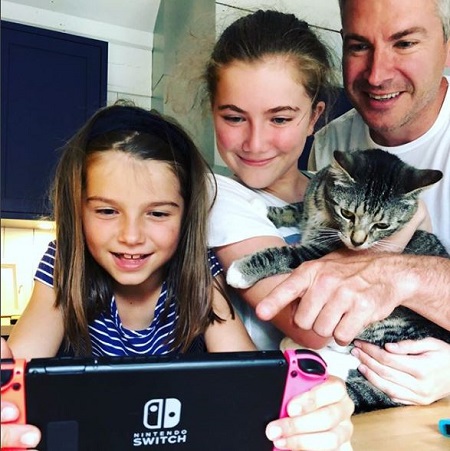 Besides being a famous sportscaster, he is pretty popular on social media with a vast number of followers. In addition, Dan has 61.5 k followers on Instagram and 440 k on his Twitter account as of April 2022.

Dan spends his leisure time with his family. Moreover, he is a charming personality with a decent height.

Dan spent his childhood with his older brothers, Vince and Sean. He completed his schooling at St. Peter's Secondary School in Peterborough, Ontario. After completing high school, Dan attended Algonquin College and acquired his diploma in radio broadcasting.

Dan started his broadcasting career with CKVU-TV as their news anchor and later worked for CJJR-FM and CFUN-FM as a traffic reporter. In addition, he also worked with CJOK-FM and CKYX-FM for three years since 1998.

Dan worked alongside Jay Onrait in the weekday broadcast of SportsCenter from 2003-to 13, and he traveled all over Canada with Jay during his time with TSN co-hosting SportsCenter. Dan hosted the SportsCenter International Broadcast Center for the Vancouver 2010 Olympic Winter Games alongside Cory Woron.

Later, Dan and Jay left the TSN for FOX Sports 1, Los Angeles. O'Toole was tough and biting towards his employers on Fox Sports during the Super Bowl 50 week. He sent tweets to people who were the subject of a news article in Deadspin.

After FOX Sports 1 was canceled due to budget cuts, they re-signed with the TSN Network on March 1, 2017. Sara Orlesky and Gord Miller are among the best sportscasters on TSN.