Sean Taylor was a professional American football player who used to play in the NFL. He played as a free safety for the Washington Redskins. Washington Redskins selected him in the first round with the fifth overall pick in the 2004 NFL Draft.  He was a complete free safety with a rare combination of size, speed, agility, and strength.

Super Prep rated Taylor as the No.1 skill athlete and an All-American, and The Gainesville Sun rated him the No. 1 player in Florida. Miami Herald also rated him as the No. 1 prospect in Miami-Dade County. Such a player with the huge potential player was sadly killed in 2007 in a home invasion.

In 2003, Taylor was named the Big East Defensive Player of the Year. He also made it to Pro Bowl 2 times in 2006 and 2007. Redskins named him in the 80 greatest Redskins for his contribution to the team during his short career.

Who is Sean Taylor? Family, Early Life, and Education

Sean Taylor was born on April 1, 1983, in Florida City, Florida, U.S. His father, Pedro Taylor, was a policeman, and his mother's name was Donna Junor. Sean grew with his great grandmother in Aulga Clarke in Homestead, Florida. He does not come from a well-established family. 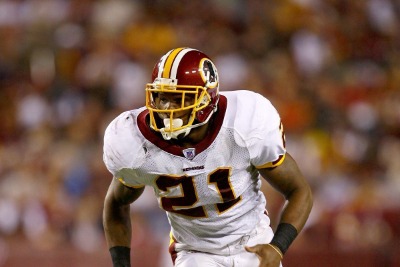 Sean Taylor played for the Washington Redskins with No.21 Jersey SOURCE: https://www.sportskeeda.com

He was highly rated for his performance in college time, and eventually Redskins selected him in the first round.

Net Worth and Career Earnings of Sean Taylor

Though the 2 times Pro Bowler had a very short career in NFL, he earned a huge amount of money. At just 24 years old, he had an estimated net worth of $30 million which he earned playing for the Washington Redskins.

The 2001 BCS National Championship winner earned between $400,000 and $600,000 per year in his early career, excluding bonuses and incentives he would get if he won titles. He was destined to be great and earn more, but life had different plans for the young prospect.

Sean used to live a luxurious lifestyle with his family in the Miami area. So as earning, he also had huge spending. He left only $5.8 million to his family.

Who is Sean Garcia's girlfriend?

Sean Taylor was in an open relationship with his high school sweetheart Jackie Garcia. They lived together in his Miami area home with their beautiful daughter, also named Jackie.

Taylor and his girlfriend Jackie met when they were in high school. At that time, he was starting his playing career. Since then, Sean's partner Garcia has been supporting in all highs and lows.

Jackie Garcia was the daughter of Rene Garcia and Mirtha Sierra Garcia. She is also the niece of actor Andy Garcia, a professional actor, and director who appeared in movies like The Untouchables. 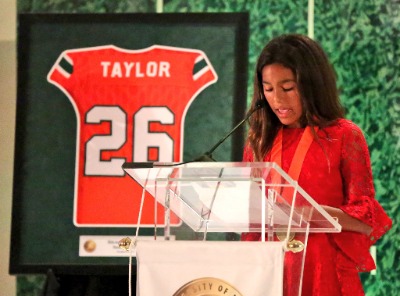 The 2002 Second Team All-Big East was a proud father of a daughter named Jackie. At the time of his death, she was just 18 months old.

Yes, Jackie married Shay Haley of N.E.R.D. in 2010, after 3 years of Sean's death. The couple had their wedding ceremony in Miami. Shay's bandmate Pharrell Williams was the best man of Shay in his marriage. Popular celebrities like Chris Brown also performed at Jackie's wedding.

Where are Sean Taylor's girlfriend and daughter in 2021?

Their daughter Jackie also lives with her mother in Florida. She is 16 years old as of 2021. 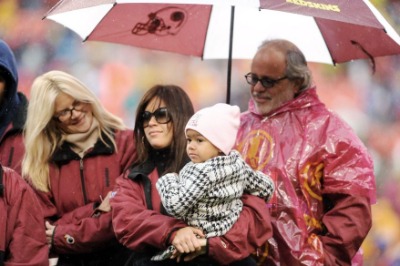 Recently, in October 2021, Sean's daughter Jackie spoke at her father's Ring of Honor induction. She said,

“I’m so proud of how hard my father worked to receive this honor. He took a lot of pride in his career as a Hurricane.”

It was November 26, 2007, during the 2007 NFL season. Sean was in his house when some intruders tried to rob him. At that time, his girlfriend and daughter were also with him. One of the four robbers shot Sean in his upper leg when he tried to stop them.

Though the 2003 First Team All-Big East was immediately taken to hospital, it was too late. He died the next day, on November 27, at 3:30 a.m., at Jackson Memorial Hospital due to massive blood loss. Luckily, his daughter and girlfriend were unharmed. 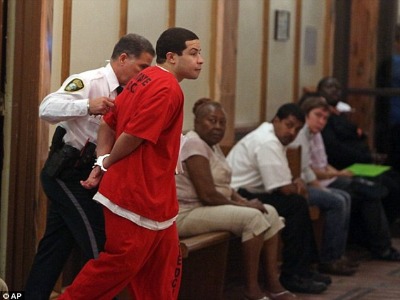 Later, it was testified that Rivera was the one who shot Sean Taylor. All four convicts were charged with first-degree murder, armed burglary, and home invasion robbery with a firearm. In 2014, Rivera was sentenced to 57 years in prison for the death of Taylor.

On December 2003, 2007, Sean's funeral was held at the Pharmed Arena at Florida International University.

In October 2018, Washington Redskins retired Sean Taylor's jersey number 21. It is the third time Redskins have retired Jersey number in their history. The first and second were Sammy Baugh and Bobby Mitchell.

Redskins number 21's family was also present for the event along with his former teammates.

On November 20, 2008, The Washington Football Team also inducted Sean as the 43rd member of their Ring of Fame.

In September 2020, one of the roads to FedExField was renamed Sean Taylor Road in his memory.

In memory of their former free safety, Sean, Washington Redskins announced the establishment of the Sean Memorial Trust Fund. It has been reported that their owner donated at least $500,000 in the fund. Besides, all the profits from Sean Taylors' brand name will be contributed to the fund.

Though the 2003 Big East Defensive Player of the Year had very little time in NFL, he has left an unforgettable legacy in Redskins and NFL history.