Clement Lenglet is a riisng French professional football player. He is currently playing on a loan season in the English Premier League, Tottenham Hotspur. Lenglet joined Barcelona in 2018. Clement plays as a center-back representing his club and country. Lenglet turned professional in 2013 with Nancy in French League.

Clement Lenglet was born Clement Nicolas Laurent Lenglet on June 17, 1995, in Beauvias, France. He is the son of Sebastian Lenglet. Clement has not shared much about his parents and his early life. His family moved from Beauvais to Jouy-sous-Thelle when Lenglet was very small. Talking about his physical appearance, Clement stands six feet and one inch tall and weighs 81 kg. Who is Clement Lenglet Dating? Know About His Girlfriend and Relationship Status

Clement is very private about his relationship status. The French football player is an active social media user but has not shared a word. As per sources, Lenglet is dating his longtime girlfriend, Estelle. The duo has been seeing each other for more than three years. They have not shared their first meeting experience. 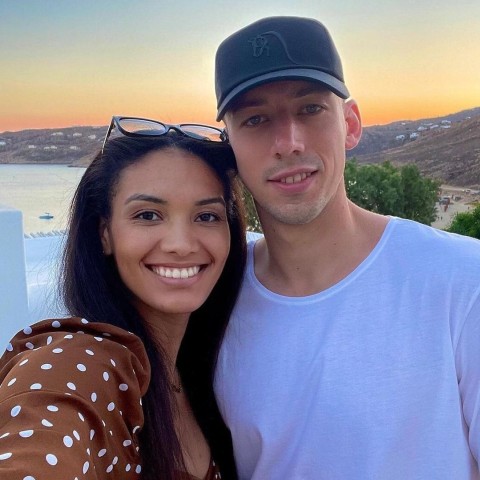 Clement and his girlfriend, Estelle, welcomed their first child, a boy named Mael, on May 11, 2020. Lenglet took a day off from training to be with his partner on that very day.

Journey to Barcelona and Contracts

Clement started training with Montchevreuil's youth academy in 2001. He played with the youth academy until 2007 and moved to Chantilly's youth academy. The player passed a trial with the French club, Nancy's youth team, and trained until 2013. In 2012, Clement represented Nancy II in several matches and made his professional debut.

In 2013, Lenglet got his senior team call and signed a year contract. Until the end of 2016, He appeared in almost a hundred games for Nancy. Clement was a free agent, and Sevilla signed him, paying €5 million as his transfer fee. Lenglet became an integral part of the club in two seasons, and Barcelona signed him on a five-year contract. His release clause was set at €35 million. Many premier league clubs are keeping a close eye on him after the 2022 season.