Frederik Winther was born Frederik Frank Winther on January 4, 2001, in Denmark. He has not uttered a single word about his parents and early life in public. Frederik did not continue his formal education after completing the basic level. Winther stands six feet and one inch tall and weighs 70 kg.

Frederik Winther has an estimated net worth of more than $500,000. The player credits most of his net worth to his successful football career. A football player has numerous earning sources of income. They make a handsome amount from their sponsorship and advertising deals. The average salary of a player currently playing in the Bundesliga is close to $2 Million. Frederik is involved in a romantic relationship with his longtime girlfriend, Laura Fischer. The love birds have been together for more than five years. They are High School sweethearts. In their early teens, they met each other and have been inseparable ever since. Winther first posted a photo of them together in July 2016. 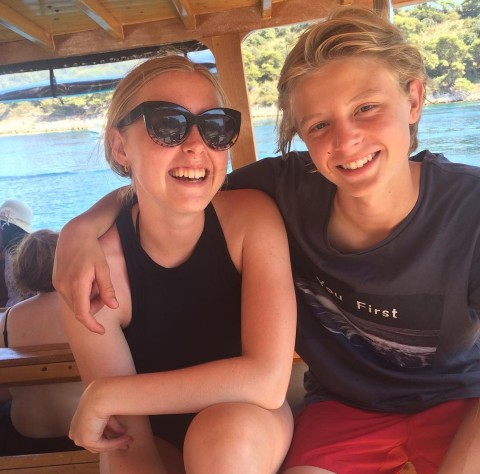 Laura is a model and has been working as a model for some time. Her timeline is filled with photos of her photoshoot and her tours. They are very much early in their career and will be tying their wedding knot shortly. Frederik and Laura are very much supportive of each other.

Frederik started training with B1903 in 2007. He played with the youth academy until 2014. The player represented the club in numerous divisions and made it to the U-13 team. In 2014, Winther moved to Lyngby BK youth academy. After training with its youth team for four-season, Frederik earned his senior team call in 2018 and signed a five-year professional contract in May 2019.

In the first season, Winther appeared in ten games for the club in the 1st Division. He impressed several scout's talents from Ajax and PSV and German and Austrian clubs RB Leipzig and Red Bull Salzburg. In October 2020, Bundesliga club FC Augsburg signed a deal until 2025. As per the contract, Frederik played with Lyngby for a loan deal for the rest of the season. Wolves from the premier league are keeping a close eye on him.

Frederik was called for the Denmark U18 team in 2018. He appeared in four games and scored a goal. The following year, Winther represented Denmark in U19 and then to U21. The player has not represented the senior team.