Oscar Mingueza Garcia famously known as Oscar Mingueza is a Spanish Professional football player who plays for one of the biggest Spanish side clubs Fc Barcelona and the Spanish National team mainly as center-back. He can also play in either fullback or as aright back too.

The Barcelona Center-back Mingueza is of Spanish nationality born on 13 May 1999 in Santa Perpetua Magoda, Spain. His star sign is Taurus and he is just 22 years of age at the moment. Mingueza is given a jersey number 22. He has been playing football for Barcelona from his youth time only.

Who is Oscar Mingueza's sister?

Oscar has a younger sister named Ariadna who is also a professional football player. Like Oscar, his sister also had a great passion and love for football since childhood. They both went to the Barcelona academy in their youth period. His sister Ariadna made her debut for Barcelona's women's team as a defender on 6 March 2021. 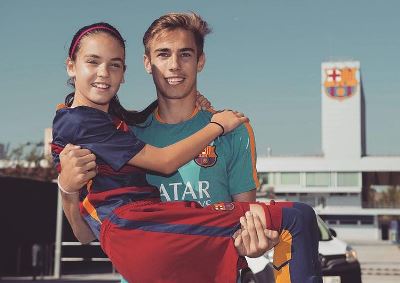 The Spanish native has not revealed anything regarding his parents so info about his parents is still under the radar.

The Barcelona jersey no. 22 Mingueza began playing football from the very early i.e around 8 years from Santa Perpetua before joining Barcelona Academy. He Joined Barcelona La's Masai academy in 2007 where he won the UEFA Youth League with the club's Juvenile team in 2018.

After winning his very first league, he was promoted to the Barcelona B for the 2018-19 season.  Likewise, afterward, he was finally on the senior team of Barcelona as well. Mingueza debuted for FC Barcelona on 24 November 2020 as a replacement for the injured Gerard Pique in the UEFA Champions League. 5 days later, he also debuted for La Liga in the game against Osuna in the Barca home ground Camp Nou. 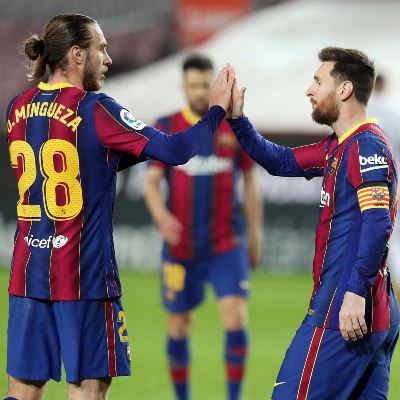 Oscar Mingeuza Garcia was called up for the U-21 Squad for the friendly match against Lithuanian on 8 June 2021. Similarly, he has contributed to his national team in the 2022 summer Olympics as well.

Annual salary and Earnings of Oscar Mingueza; What's his Net worth in 2022?

Oscar Minguza plays for one of the biggest clubs in the world. He is having quite a taste of success in his career at this early age. We know the bigger the club, the bigger will be the salary number and incentives. When he signed a contract with Barcelona in April 2021, he accumulated the whooping annual salary of £3.3 Million.

Thus, his netted net worth is above $5 Million. On top of that, he boosts his net worth from the income he gains from the brands and sponsors too. 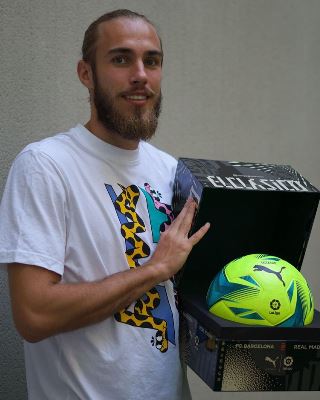 PUMA is one of his sponsors which facilitated him with the training kits and football boots. The actual financial transaction between the two-party is still not transparent.

Who is Oscar Mingueza dating? Is he married?

The Spanish Center-back is just 22 years old so it's too young to get married however, he is in a relationship with his Girlfriend Andrea Freijomil. Oscar seems very caring and loving boyfriend. He is very public about his love life. 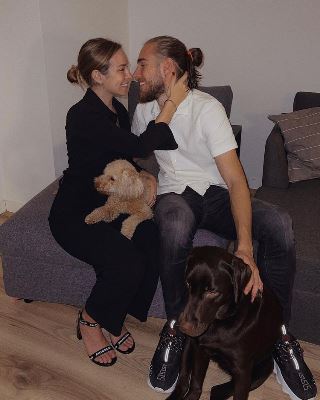 His Instagram account is mostly filled with their duo photo. The amateur couple is having a very happy and cheerful relationship.

Oscar Mingueza stands tall at a good height of 6 ft 0 In ( 1.84m) and weighs over 78 kg. In addition, the Barcelona defender has long blonde hair and blue-colored eyes.

The Spanish center-back is active in social media. He gives out his sports news and life happening to his fans via Instagram. Mingueza has the Instagram id @oscarmingueza with followers of more than 798k.