Charles James Elleby aka C.J. Elleby is an American Basketball Player who plays for the Washington State Cougars of the Pac-12 Conference. He was ranked a three-star prospect by the recruiting website Rivals in the class of 2018 who committed to Washington Cougars overs offers from Washington Huskies and Seattle.

James was born on 16 June 2000 under the star sign Gemini. He was born on Federal Way, Washington, and grew up in Seattle, Washington alongside four siblings Kobe, Billy, and Chance, and a sister, Victoria Elleby. His parents are Bill Elleby and Elizabeth Elleby.

The Pac-12 All-Freshman team will undergo the 2020 NBA draft again while retaining his college eligibility according to the sources from CBS Sports's Jon Rothstein. Upon entering the draft, CBS Sports has ranked him a #85 prospect above #88 prospect Rayshaun Hammonds and #93 prospect Amar Sylla. The 19-year-old has the sole decision whether to stay or return for his junior year in WSU but is he is picked in the second round of the draft and decided to stay, he will be seeing a projected salary in millions. 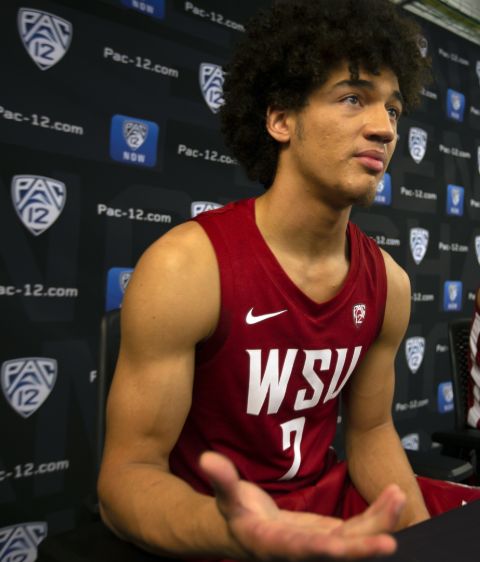 As a collegiate player, he is yet to earn any substantial cash from his profession but a college player do get benefits and incentives from their respective colleges in return for their skills and abilities. Upon enrolling at the WSU, C.J. received scholarship worth $23,932 including other incentives such as Insurance. Hence, the net worth of the 19-year-old Elleby is yet to be concluded and will be updated soon.

C.J. Elleby Girlfriend: Who is the WSU player dating?

Furthermore, Elleby does not even use social media sites such as Instagram and Facebook to keep his personal life out of the media.

The 91 Kg started in every game in his freshman year and averaged 14.7 points and 7.1 per game. As a Sophomore, he averaged 18.4 points and 7.8 rebounds per game. He was the third-fastest player in Cougar's history to score 1000 career points. He set a career-high of 34 points and 10 rebounds on 9th February 2020 in a 79–67 win over Washington Huskies.

Prior to WSU, he played high school basketball at the Cleveland high school where he averaged 23.5 points per game as a senior.