Chris Colbert is an American boxer who has held the WBA interim super featherweight title since January 2020. An undefeated, he has compiled a pro record of 16-0-0 (win-loss-draw).

With an impressive boxing record of 16-0-0 (win-loss-draw), he has earned a tremendous sum of money throughout his career. Besides “fight purse” for competing in a boxing bout, he summons a decent sum from endorsement deals too. According to the source, The median salary for a professional boxer is $51,370.

Besides, buying professional fighters merchandise is one of the best ways to support them. Hence Chris Colbert has one, PrimeTimeAppearl. 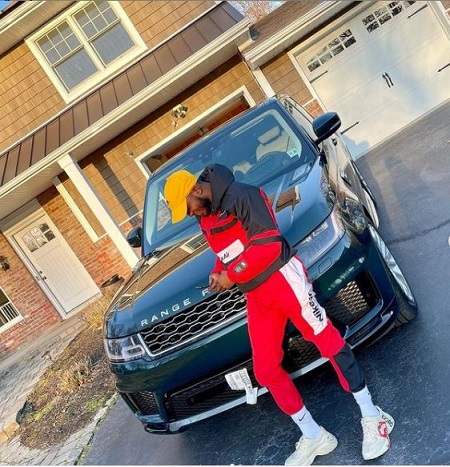 Scrolling through his IG account, on 23rd November 2020, he has shared, he scored a house and car in Brooklyn. Congratulations!!

On 29th May 2015, Colbert made his professional debut where he scored-round technical knockout (TKO) won against Marquis Pierce at the Barclays Center in New York City. That year, he competed in over three bouts: TKO against Benjamin Burgos In June and a unanimous decision over Jose Carmona and Derrick Bivins in September and December respectively.

Born and raised in Brooklyn, Chris's mother has 10 children and his father three. His father who is of Mexican descent boxed there prior to moving to New York where he won the New York Golden Gloves novice championship in 1986 and later the PAL. Now, his father is a trainer.

Chris' early age in the New York borough was difficult but helped cultivate an eventual interest in boxing at 14.

It is unknown if the Super featherweight fighter is married or not but the hunk has a son. Yes, he is the father of an adorable baby boy named, Prince. The little one has IG but has set it on private mode. On bio, it is written BORN TO FIGHT Son of @primetime_718 & @princesssapphire_ FUTURE MODEL & FOOTBALL PLAYER. 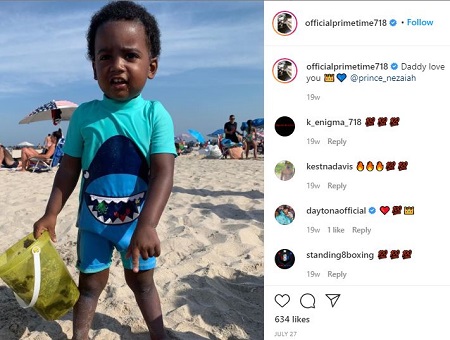 Chris has revealed the identity of his son's mother. However, none of them has confirmed their relationship. On both of the IG accounts, the duo has shared any picture as a couple.