Vlismas is currently married to her childhood boyfriend. Her net worth is under review.

The major source of Vlismas' earnings is her professional MMA fighting career. A professional since 2018, she might earn tremendous sum through his MMA career but has not disclosed any information.  As of 2019, Vlismas’ net worth is under review.

She has so far appeared in only three professional fights with a record of 5-2-0. She is yet to make a remarkable earning in her career as she has just started her career.

Currently 23, Cheyanne Vlismas was in a relationship with her childhood boyfriend, JP Buys. As of now, she has already exchanged her marital vows but unfortunately, the details about her wedding are not in the media yet. 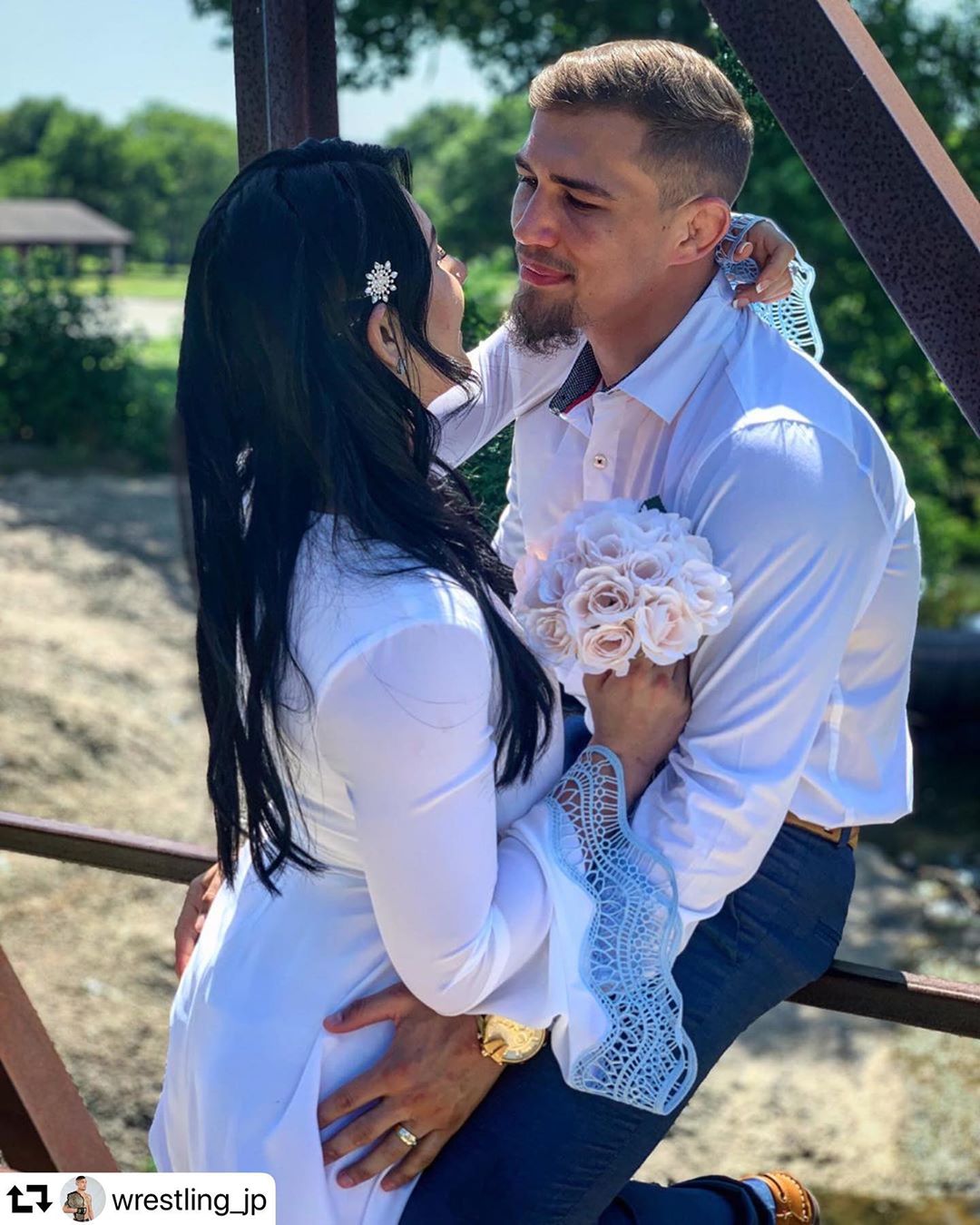 However, the couple is enjoying a strong bond and there aren't any rumors of them getting separated to date.

Came home today to a nice surprise from my management @ao8management that my contract was reviewed by my lawyer and we are good to go. . FIGHT ANNOUNCEMENT IS OUT. I will be fighting Helen Peralta May 4th in Kansas City. I couldn’t be more excited and blessed to have this opportunity. . Your newest @invictafc athleteYou will be able to watch it live right on UFC Fight pass. . I’m one step closer to giving my family what they deserve for helping me along this crazy wild dream of mine.

Besides, she is extremely active on social sites such as Instagram with over 30.6k followers and on Twitter more than 3,214 followers. Also, she is an animal lover and has shared adorable pictures with her dogs.

Cheyanne Vlismas was born on the 25th of June 1995, in St. Petersburg, Florida. Her birth sign is Cancer. By nationality, she is an American and is of white ethnicity.

Vlismas had a keen interest in athlete since her childhood, thus, began karate at the age of four and received a green belt in karate at 7. She got into MMA at fifteen and after watching her first UFC fight she initially fell in love with it.

On 29th November 2013, Vlismas made his amateur debut at Tuff-N-Uff – Future Stars of MMA where he faced Kyra Batara. She lost the fight via unanimous decision in round three.

After the loss, she returns back in the ring with a bang and defeated Sheena Brandenburg at Tuff-N-Uff – Future Stars of MMA, on 24th January 2014.

She next faced Jianna Denizard at Tuff-N-Uff – 20th Anniversary. She lost the fight via unanimous decision.  Further, her 4th fight came on 22nd August 2015, against Ashley Greenway at USFFC 24 – Aftershock. Again she lost the fight but this time via straight armbar submission in the third round.

On 14th November 2015, Vlismas faced Gillian Robertson at ROAW – Rise of a Warrior 16. She lost the fight by unanimous decision. After a series of losses, Vlismas returned to Tuff-N-Uff. She faced Jessica Branco at Tuff-N-Uff – Pack the Mack 3, and marked her success via unanimous decision.

On 28th Jan 2017, she faced Aubree Thompson at Midtown Production – Midtown Throwdown 10. She won the fight via armbar submission in round one.

On 9th March 2018, Vlismas made her professional debut at LFA 35 – Newell vs. Luque against Karla Hernandez. She won the fight via elbows TKO in round three. 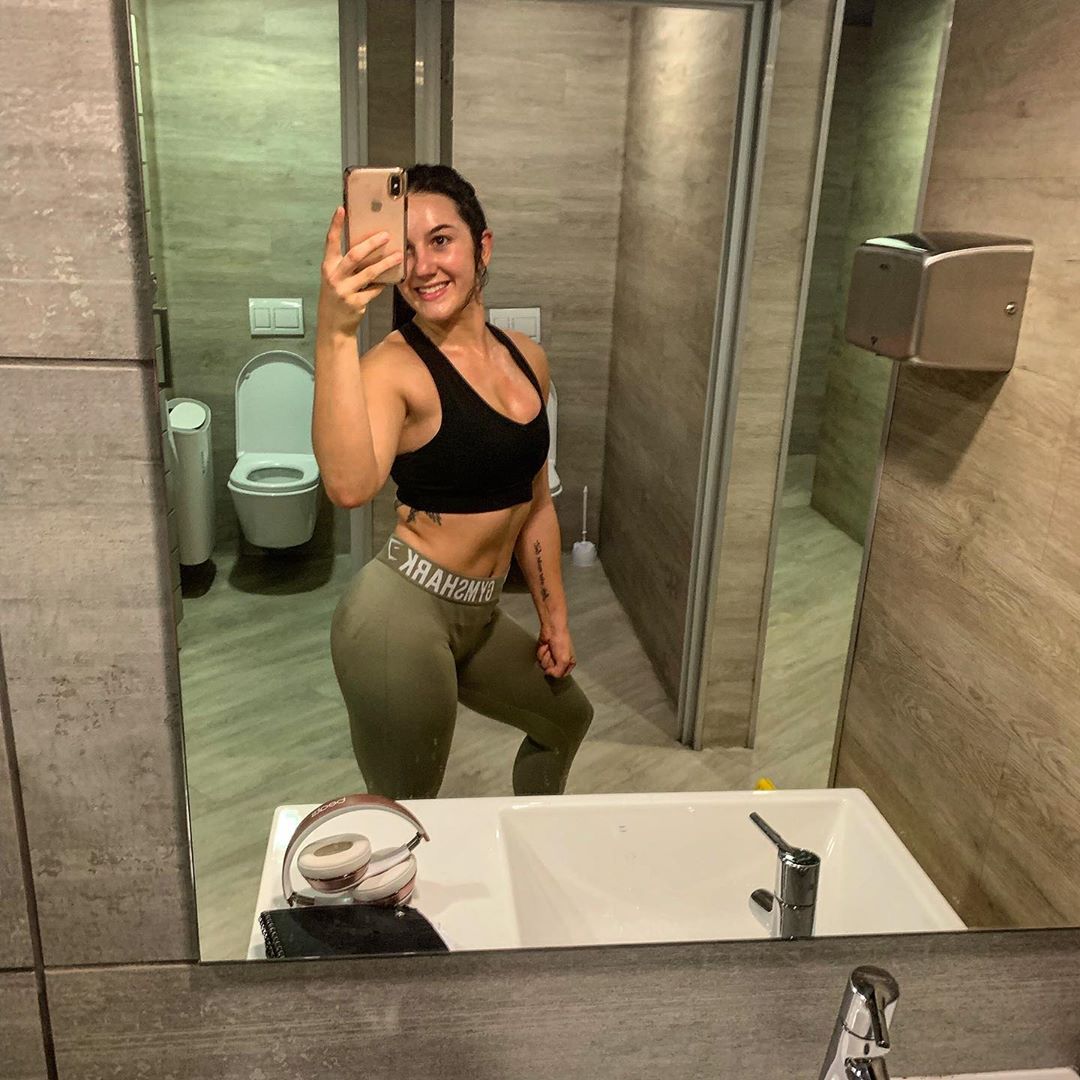 Vlismas faced Helen Peralta at Invicta FC 29: Kaufman vs. Lehner on the 4th of May 2018 but was defeated. On 6th October 2018, at EFC 74 - Kabesa vs. Murrie, she defeated Karolina Wojcik via a split decision. He then defeated Lindsay Garbatt, Rebecca Adney, and Hilarie Rose but lost to Montserrat Ruiz.