English footballer Charlie Patino has been playing with EFL Championship club Blackpool since coming to the team on August 3, 2022. Patino has exceptional playing skills, and his skills have helped him become one of the best English Central midfielders. Furthermore, Patino's performances have been developed as he has already played for famous teams which also including Arsenal.

Likewise, Patino has already attracted comparisons with Jack Wilshere and Phil Foden, with insiders stating he is viewed by many as the top contender. Also, he has been tipped as a rising star of the Arsenal academy. The young footballer has also been a part of some national and international games representing the England U15, U16, U17, and U19 teams.

What Is Patino's Age? His Early Life

Patino was born Charlie Michael Patino on October 17, 2003, in Watford, England. As of early 2022, Patino is 18 years old, and he will turn 19 in the coming October. The young footballer was raised by his parents named, Jules Patino (father) and Katy Patino (mother).

Meanwhile, Patino holds English nationality and belongs to the Spanish heritage as his father and mother are originally from Spain. The 6 feet tall football player was passionate about pursuing a career in this field from an early age, and the decision was also accepted by his parents.

Patino has been a part of some renowned teams like Arsenal and currently plays on loan with EFL Championship club Blackpool. So, being a prominent player of Blackpool, the team might be providing him with a decent salary. However, his actual salary remains a mystery.

According to a report given by Salary Sport, Patino earns £1,400 per week and £72,800 per year playing for Arsenal F.C. Likewise, his current market value is €2.00m, as reported by Transfermrkt. In addition to that, Patino has also represented the England team on some levels and may have received some gains from the squad too. 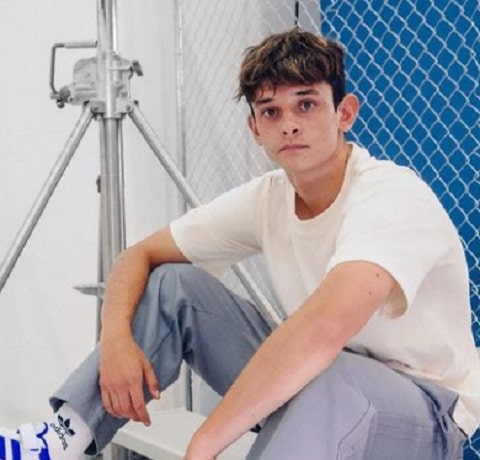 It is said that the average salary of a Premier League football player is about £50,000 per week. So, being a premier league player, Patino may also take home around the same wage given above. Furthermore, Patino's income will surely increase in the future as his performance is growing daily and Patino is still football actively.

Meanwhile, football is not the only source of his income, as Patino may make some profit from endorsement deals too. Currently, Patino wears the outfits of Addidas, and his agent is New Era Global Sports. Taking the above points into deliberation, it can be said that Patino enjoys a luxurious lifestyle, and it can also be explored by following him on social media.

Love Life: Is Charlie Patino Single or Dating Someone?

Well, Patino is currently single, and there are no records of him dating a girlfriend at the moment. Currently, Patino has given all of his time to his career and is also focused on it, as Patino is at the peak point and is doing pretty well.

Patino has not talked anything about his love life in the media and has not posted anything about his romantic affairs on social media. Due to this reason, fans think Patino is a private person who likes to stay lowkey rather than expose his personal matters to the people. Likewise, Patino is pretty young to get involved in a romantic affair, and his social media posts also show that he is highly focused on his games and various sports events. As his fans and followers are concerned about his personal life, Patino may give some updates in the future, and we can also get updated on his life by following him on Instagram.

Apart from Instagram, Patino has been using Twitter since December 2014. Also, he has a Facebook page where Patino has amassed over 101k followers. From these social media handles, Patino updates his fans about his professional life.

The Watford native began his career at St Alban's City. Later, he joined Luton Town just at the age of seven. From this, it becomes clear that Patino was interested in pursuing a career in football from a young age. And when he turned 11 years, Patino got signed with Arsenal. He gave an impressive performance for the under-18 side.

His playing skills impressed many people, and most of them said that Patino is the future star of the club. In October 2020, Patino signed his first professional contract with Arsenal. Patino was doing pretty well, and the following month, after signing a professional deal, he was included in The Guardian's "Next Generation" 2020 list. Charlie Patino in the game for the England team SOURCE: Instagram @charliepatino10

Furthermore, his senior debut for the Arsenal team came on December 21 of the same year in a match against the EFL Cup quarter-final against Sunderland. The respective game was won by the Arsenal team by 5-1. Later, Patino received an offer from Blackpool, and with them, he signed a deal (loan) on August 3, 2022, for the 2022-23 season.

More to this, Patino has represented the England team at various levels. Apart from playing for the England team, Patino is also eligible to play for the Spanish squad as, from his father's side, he holds Spanish nationality. Moreover, Patino's debut for the England U19 team came on October 9, 2021, while playing against Mexico in Marbella.

You may uncover an expansive range of sports news, buzz, and love concerns on Playerswiki.