Liverpool native Joe Gelhardt is a professional football player whose prominent position is a forward, and he plays for Premier League side Leeds United. Since August 10, 2020, he has been playing for Leeds United, and his contract is reported to be expired on June 30, 2024. From a young age, Gelhardt was interested in football, and at the age of 10, he joined Wigan Athletic. Meanwhile, he is noted for his dribbling, power and build-up play. Not only that but, his style has been compared to that of renowned English footballer Wayne Rooney.

Joe Gelhardt is associated with Leeds United, and in the team, he wears jersey number 30. Furthermore, Gelhardt's professional debut came on August 14, 2018, when he played for Wigan Athletic by coming as a substitute against Rotherham United in the first round of the EFL Cup.

Joe Gelhardt was born on May 4, 2002, in Liverpool, England. As of 2022, he is 20 years old. His full name is Joseph Paul Gelhardt. Besides, he holds British nationality and stands at an amazing height of 5 feet 9 inches.

Despite being a native of Liverpool, he spent most of his early days in Netherton, Merseyside. While growing up, the young player was a supporter of Liverpool.

The young footballer went to Chesterfield High School. In 2013, he joined Wigan Athletic progressing through the youth teams before being offered a scholarship contract in 2017. When he came into the group of Wigan Athletic, he was just ten years old. 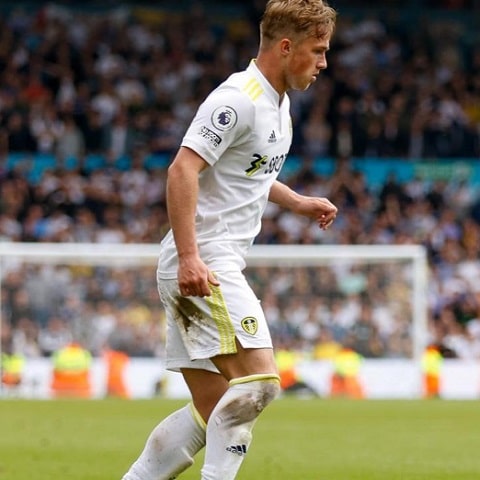 On August 14, 2018, Geldhardt made his professional debut by playing in the match against Rotherham United in the 1st round of the EFL Cup. He signed his first professional contract with the club on August 24, 2018. And his League debut came on April 27, 2019, coming as a half-time substitute against Birmingham City.

Likewise, he scored his first senior goal on September 14, 2019, against Hull City, which ended a draw of 2-2. In the 2019-20 season, he made 19 appearances in all matches, with 18 coming in the EFL Championship. Furthermore, Gelhardt got more into media prominence after he got signed with Premier League club Leeds United on August 10, 2020.

Similarly, his senior debut came on September 21, 2021, playing against EFL Championship side Fulham. In the respective match, he came as a second-half substitute for Mateusz Klich, in which Leeds won the game after going into a penalty.

In the same way, Geldhart made his Premier League debut for Leeds on October 16 of the same year, i.e., 2021, playing versus Southampton. Moreover, Geldhart has been a part of numerous games representing Leeds, and he has also helped the squad to win some titles too.

Take A Look At His International Career

As we know, he is a native of Liverpool, so he represents the England national team. He participated in the 2018 Montaigu Tournament representing the England under-16 team. In the match, he scored a goal, but the game ended with a draw of 3-3. Back in September 2018, he netted two goals for the England under-17 team against Norway. 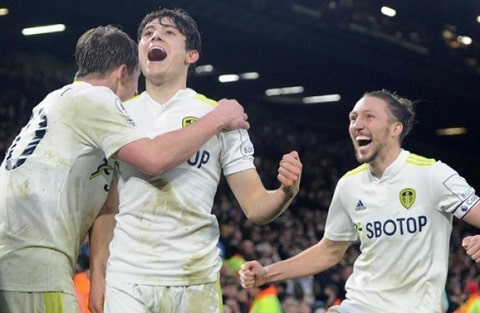 On September 6, 2019, Gelhardt made his U18 debut after coming as a substitute in the 79th minute of the match against Australia at Hinckley Leicester Road, which the England team won by 3-2. Similarly, he has represented the England teams at various levels, including U19 and U20 too. Not to mention, he also got an opportunity to play for the England U21s team.

So, it becomes clear that Gelhardt lives lavishly with his massive income. Apart from that, he previously played for the team of Wigan Athletic. So, during his time at Athletic, he must have received a fair profit. On the other side, he has also been a part of multiple international games representing his country. 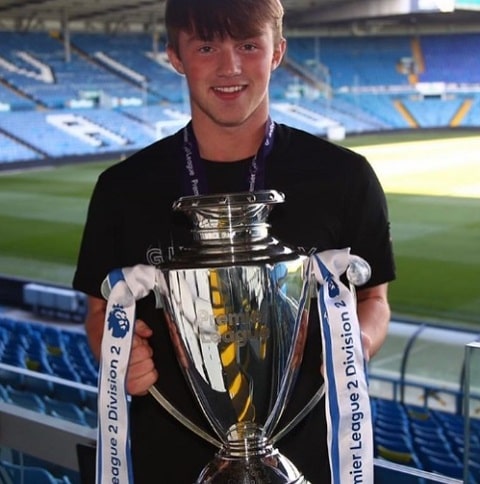 Also, Gelhardt has scored some goals. So, his performances have been loved by many people, and he has also earned some money as a prize. Being a professional football player, Gelhardt may make money from sponsorship and endorsement deals.

At the time of this writing, he has collected more than 68.6k followers, and the Influencer Marketing Hub reports his estimated earnings from a single sponsored post on IG to be around $286.5 - $477.5.

Who Is Gelhardt Dating Now?

Considering his recent social media posts, we can say that the Leeds forward leads a single life and is not involved in any romantic affairs. Till now, Gelhardt has kept his mouth tight and has not shared anything about him being engaged in a love affair.

So, Gelhardt might be focusing entirely on his career rather than searching for a life partner. Also, Gelhardt has not made a single post on Instagram about his life. And it can be said that Gelhardt mostly prefers to stay lowkey rather than share every detail in the media. 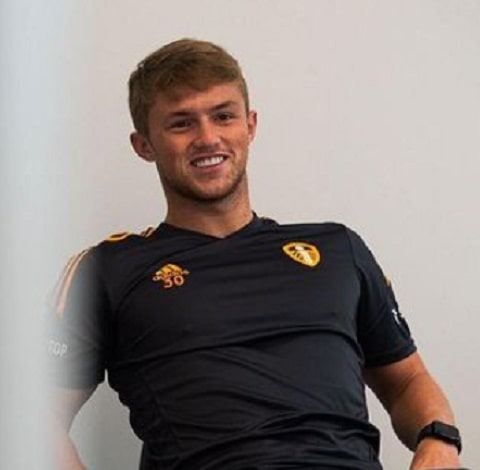 Furthermore, the professional footballer may give some updates in the future via his Instagram handle, where we can find him under the username @josephgelhardt09.

Follow PlayersWiki For More Details On Your Favourite Players!!!