Arthur Okonkwo is a professional football player from England who currently plays as a goalkeeper for EFL League Two side Crewe Alexandra. Besides, he came from Premier League club Arsenal on loan. Holding an English nationality, Okonkwo plays for the national football team of England, but he is also eligible to represent the Nigerian team as he belongs to Nigerian descent.

Furthermore, Okonkwo is a prominent player in his team, and his goalkeeping style is reported to be influenced by Petr Cech and David De Gea. Meanwhile, Okonkwo was interested in playing football from an early age, and he aimed to pursue a career in this sport. So, he started playing football at Hampstead Academy.

Details On His Salary and Net Worth

As we know, Okonkwo is a professional footballer, and he makes most of his gains from being a goalkeeper. The average payment of a Premier League football player is around £50,000 per week. So, we can speculate that Okonkwo may earn in the same range. Currently, he is playing for EFL League Two side Crewe Alexandra, and he is on loan.

However, the actual salary in his current team remains unknown, but he is also associated with Premier League club Arsenal. According to Salary Sport, he earns £2,500 per week and £130,000 per year playing for Arsenal F.C. 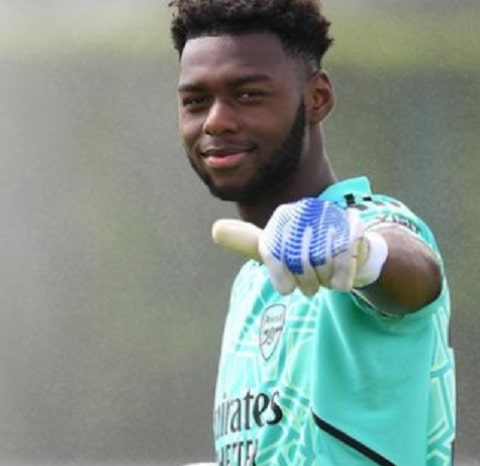 From this, it also becomes clear that Okonkwo is making a pretty good amount of money from his team. According to Transfermrkt, Okonkwo's market value is €1.50m. Apart from playing for the club, Okonkwo is also a national player and has represented the national team. Being with them, he may have taken home a decent profit.

In conclusion, Okonkwo enjoys a lavish life having a considerable net worth. Some online portals estimate Okonkwo's net worth to be around $1 million to $5 million. No doubt, Okonkwo may receive more profit in the future as he is still playing football actively.

Coming into his love life, the young goalkeeper appears to be leading a single life, and he does not have a girlfriend or a partner. Like many other football players, Okonkwo is also of a private nature and prefers to keep his personal life far from the domain. All of this may be due to privacy concerns.

Due to this reason, none of the media outlets are able to share information about his dating life. So, it can be said that Okonkwo has been leading a solitary life. In addition to that, Okonkwo has also not mentioned anything about his love life on social media.

From his social media accounts, Okonkwo mainly gives updates about his professional life, games, and events. So, there is very little information about Okonkwo's personal life. On the other side, Okonkwo is pretty young to get involved in a relationship, and Okonkwo is also at the pinnacle point of his career and is focused more on it.

His Club and International Career

Arthur Okonkwo started his football career by playing at Hampstead Academy. Later, he moved to Lindus Park, where he joined the Arsenal academy as an eight-year-old in 2009. Furthermore, he came through the Arsenal ranks, starring on the bench for an under-18 Arsenal game while being noted as a player for the under-15 squad.

Just at the age of 17, Okonkwo debuted for the under-23 Arsenal side. By the 2018-19 season, he came runners-up in the U18 Premier League. In the 2019-20 season, he suffered an injury and couldn't do pretty well in the club. During a game against Brighton, Okonkwo gave pretty well. 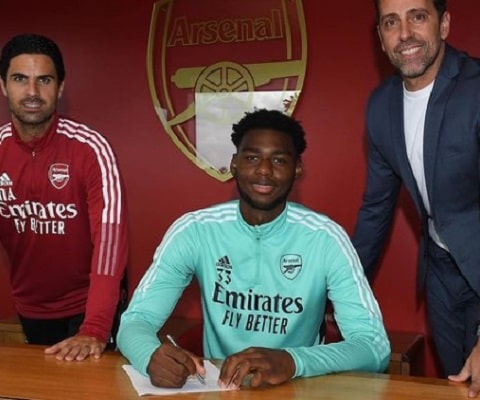 On October 30, 2020, he played in Arsenal under-21s' 2-1 victory in the EFL Trophy at Crawley Town. Moreover, Okonkwo signed a senior contract with Arsenal in early July 2021. Likewise, he made his senior team debut on July 13, 2021, by playing against Hibernian. On July 29, 2022, Okonkwo joined EFL League Two side Crewe Alexandra on a season-long loan.

Short Info On His Age and Early Life

Arthur Okonkwo was born on September 9, 2001, in London, England, to his parents. Besides, his father and mother are from Nigeria and immigrated to England. So, from his parent's side, Okonkwo belongs to the Nigerian ethnic background.

Furthermore, Okonkwo also has a brother named Brian Okonkwo. According to Transfermkrt, Brian is also a football player who has been playing as a goalkeeper for Arsenal FC U18 since joining them on July 1, 2022. 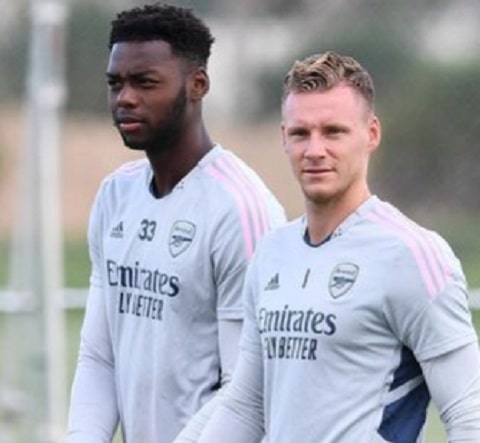 So, it can be said that Okonkwo comes from athletic family background. Reaching into his physical build, Okonkwo has excellent stamina, and he can perform pretty well in the field. The professional goalkeeper stands at the impressive height of 6 feet 6 inches (1.99 m).

You May Find It More Interesting: Joe Gelhardt

Moving onwards, Okonkwo is an active social media user whose accounts can be found on Twitter and Instagram. On Instagram, we can follow Okonkwo under the username @_arthurokonkwo, and more than 72.3k people have followed him on the platform at the time of this post. 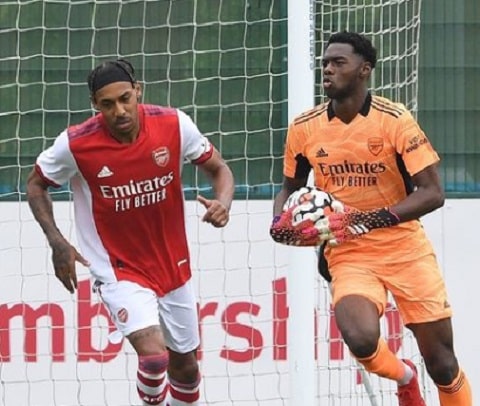 Arthur Okonkwo in one of his professional games SOURCE: Instagram @_arthurokonkwo

In the same way, Okonkwo has been using Twitter since creating the account in March 2015, and his username is @arthurokonkwo_. On Twitter, Okonkwo has gained more than 8k followers. All of Okonkwo's social media accounts are verified, and from those platforms, Okonkwo shares updates about his professional life.