Boston Bruins' ice hockey forward, Charlie Coyle is an American native who was first drafted by the San Jose Sharks in the first round, 28th overall, of the 2010 NHL Entry Draft. As of 2019, he plays as a center for the team, Boston Bruins of the National Hockey League (NHL). Before Bruins, Charlie played for the Minnesota Wild from 2011 until 2018.

Additionally, he holds an estimated net worth over $10 million from his professional career. Also, he has collected $18,416,829 as entire career earnings.

The famous NHL star is in a romantic relationship with his girlfriend, Danielle Grace Hooper.

Charlie Coyle Earnings; How much is his Net Worth?

As of 2019, Charlie has accumulated a massive net worth over $10 million which is solely dependent upon his professional career. Moreover, he has so far earned $18,416,829 as career earnings.

Reportedly, he is 318th best-paid player in NHL while Connor McDavid is the highest earner with an annual average salary of $12,500,000. Likewise, looking at his lifestyle, it seems he has accumulated a massive fortune from his professional career. Also, he has a collection of an expensive car but the details regarding his assets like cars and house are not in the media yet.

Is Charlie Coyle in a Relationship? Know about his Personal Life

Till date, Charlie is not married but he is enjoying a romantic relationship with his girlfriend, Danielle Grace Hooper. The couple made their relationship public via Instagram on May 17, 2018. Since then they are living a happy life together without any rumors of their separation. 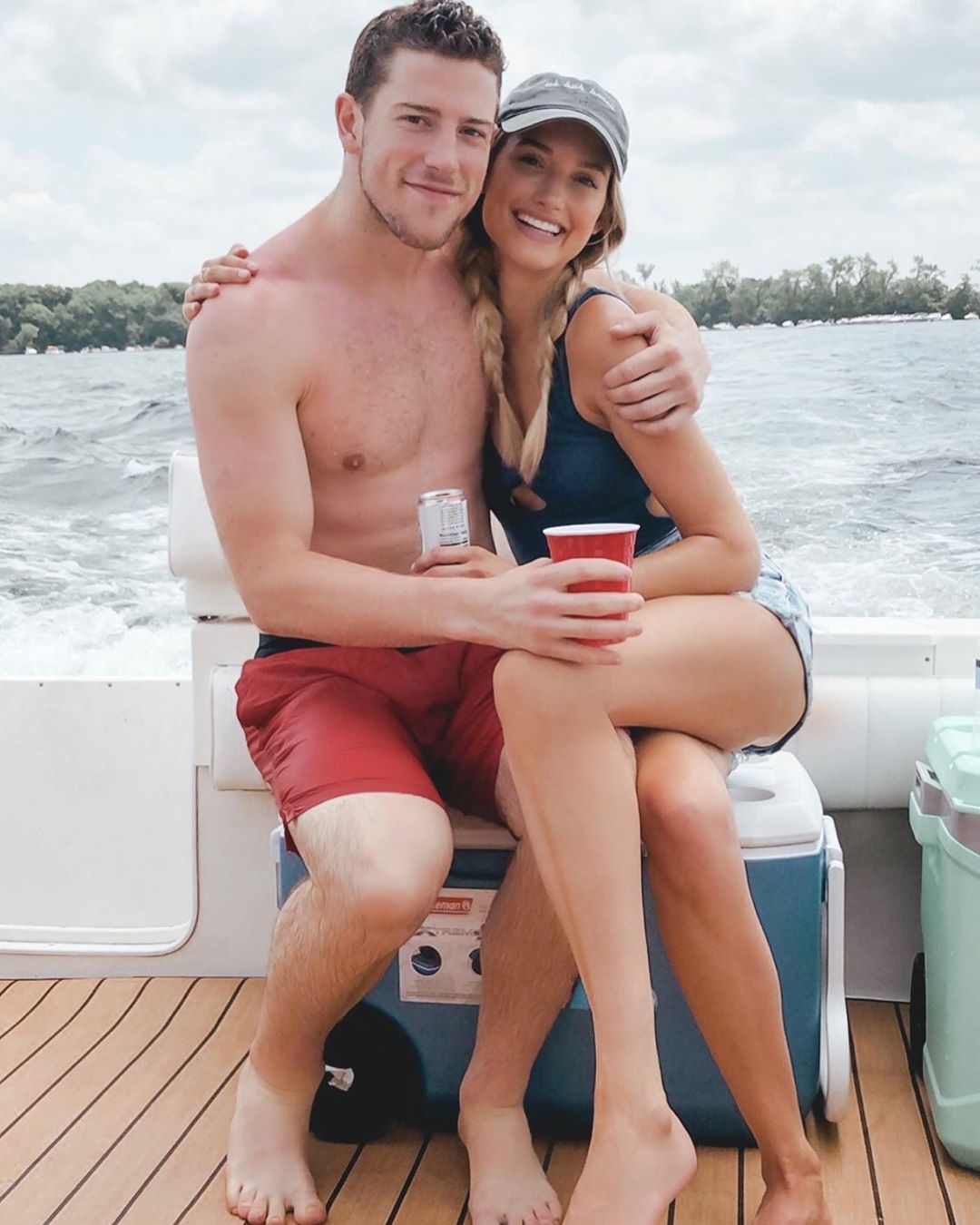 In addition, the details about his relationship history are not in the media yet. Looking at their chemistry, it seems like they have been together since long. Further, the couple regularly spends their private time together and doesn't miss a chance to post of picture of each other in their respective social account. 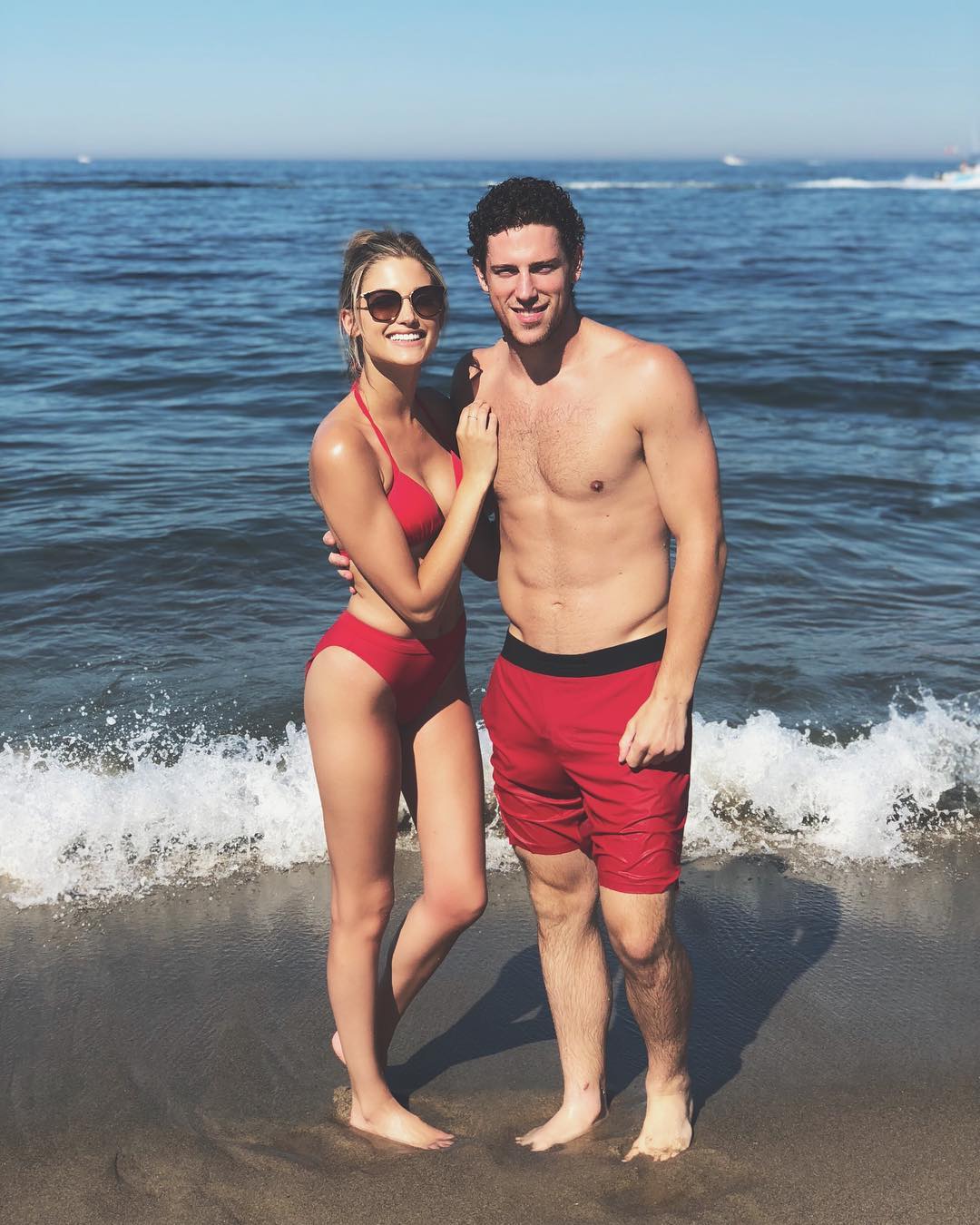 Moreover, Charlie is equally serious in his professional career as he is really working hard to establish himself as one of the prominent hockey players of recent time, similar to Artemi Panarin.

Who is Danielle grace hooper? Let's find more about his Girlfriend

Danielle is famous as a girlfriend of a famous NHL player Charlie Coyle. Additionally, she was born on June 10, 1992, in Inner Grove, Minnesota. Further, she was as a daughter of Shelly Franson Hooper and Tom Hooper. Additionally, the stunning stud of Charlie grew up along her siblings, Shannon and Megan Rose. 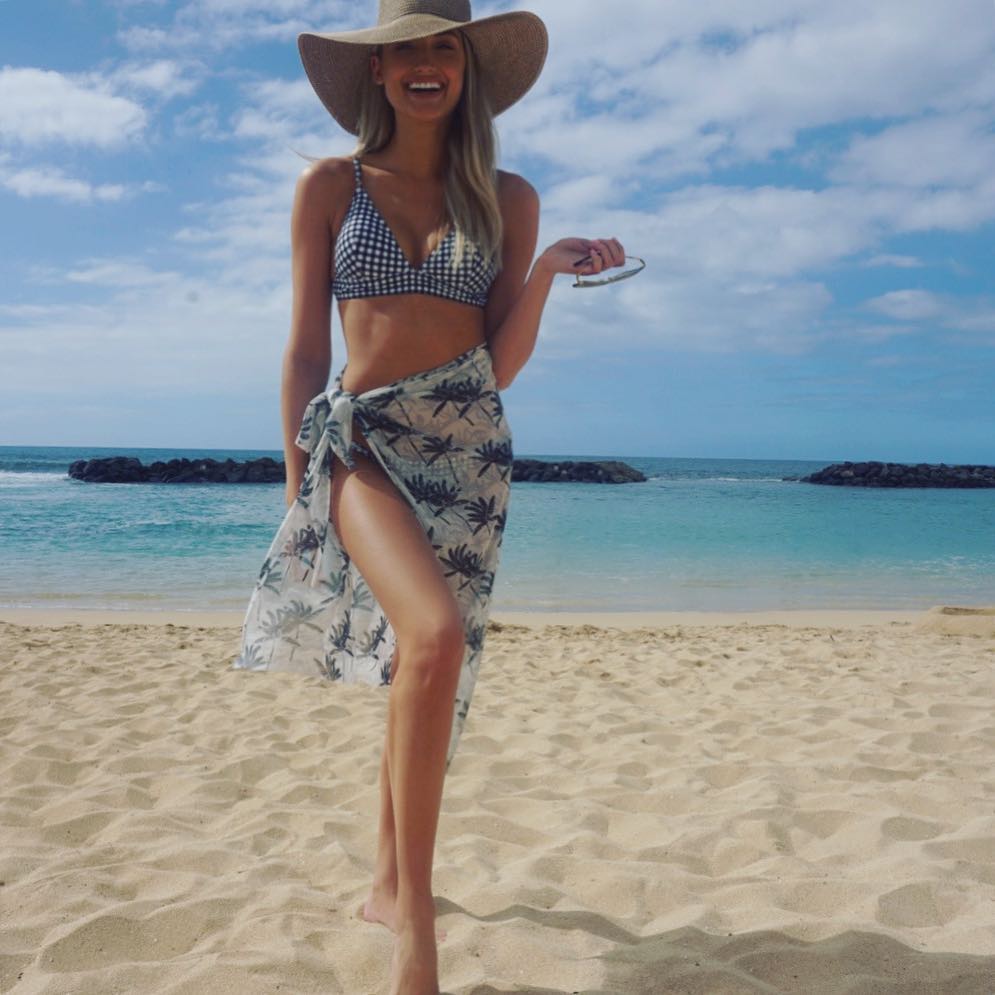 Talking about her education, she attended Simley Senior High School and graduated from the University of Wisconsin-Stout. Additionally, she holds a bachelors degree of Science in Retail Merchandising and Management. Likewise, she was also awarded the 2013 Miss Minnesota US title.

Charlie was born on March 2, 1992, in Weymouth, Massachusetts, the U.S. to Chuck Coyle and Theresa Coyle. Additionally, he is an American and belongs to the white ethnic group. Likewise, he was born under the star sign Pisces.

As of 2019, Charlie currently he plays as a center for the team, Boston Bruins of the National Hockey League (NHL). Before Bruins, Charlie played for the Minnesota Wild from 2011 until 2018.

He made his professional debut on February 4, 2013, and scored his first goal on February 23, 2013, against Joey MacDonald of the Calgary Flames. His first NHL fight was against Brandon Dubinsky and was also punished for a hit on Artem Anisimov. Later, he was traded to the Boston Bruins on  February 20, 2019.