Tuukka Mikael Rask, well recognized as Tuukka Rask, is a Finnish ice hockey goaltender who played with the Boston Bruins of the National Hockey League (NHL). He was picked 21st overall in the 2005 NHL Entry Draft by the Toronto Maple Leafs and was traded to the Bruins in 2006. He won the 2013-14 Veniza Trophy.

As of 2019, the goaltender has an estimated net worth of $20 million and an annual salary of $7 million. Furthermore, he is in a relationship with his high school sweetheart Jasmiina Nikkila with whom he shares a daughter. Continue to scroll for information about his career, net worth, personal life, children, etc.

Tuukka Rask's Net Worth and Endorsement

The significant source of Tuukka Rask's earnings is his professional ice hockey career. As of 2019, his net worth is estimated at $20 million. Presently, he is signed to Boston Bruins, where he gets paid $7 million. His upcoming projected annual salary for 2019-20 and 2020-21  is $7 million each.

Tuukka Rask is in a romantic relationship with his high school girlfriend, Jasmina Nikkila. The pair is blessed with an adorable baby girl, Vivien Rask, born in 2014. later two years, rumors floated that the two were expecting their second child. However, there are no further details about this and no news announcing the birth. 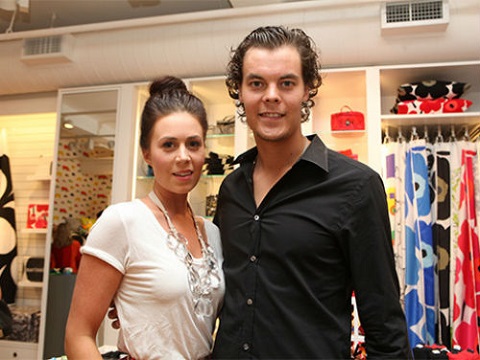 Rask seems to be pretty secretive about his private life. He rarely shares his personal information with the outer world, including the public and the media. Also, he is inactive on Instagram and Twitter.

So all we can do right now is wait and watch until Tuukka Rask turns his longtime girlfriend, Jasmina Nikkila, into his lawfully wedded wife. 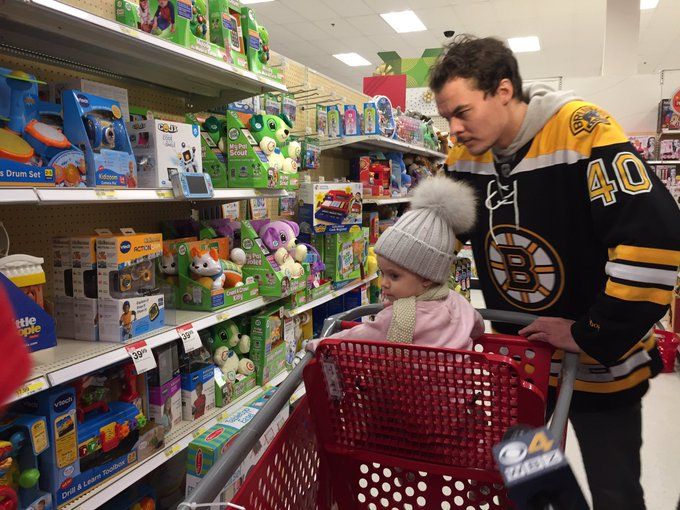 There were several rumors about the couple expecting another baby in 2016, but that proved to be false as no news came into the media about the birth of their second child.

Furthermore, his long-time partner, Jasmina, is a native of Tampere, Finland and currently resides in Boston with Rask and their daughter. She often comes to Boston the entire season with Tuukka and returns to Finland with him in the summer.

Jasmiina speaks English but with a thick Finnish accent. Also, she has been active with the other Bruins player's WAGs at charity events. What's more, she is best friends with her boyfriend's coach daughter, Raina Julien.

Tuukka Rask is a native of Savonlinna, Finland, born on 10th March 1987, to Jari Rask and Ijra Rask. His birth sign is Pisces. By nationality, he is Finnish and belongs to the Finnic ethnic group.

He grew up alongside his younger brother, Joonas Rask, playing ice hockey. His brother Joonas is also an ice hockey player who plays as a forward in Finnis Liiga for HIFK.

Tuukka Rask began his career in the youth teams of his hometown club Sapko. Later, he switched to Tampere-based Ilves Jr. in the Finnish Junior League, where he played 28 games, recording 1.86 GAA, two shutouts, and a .935 save percentage. In the 2005 NHL Entry Draft, he was a top-ranked European goaltender.

In the 2005 NHL Entry Draft, Tuujja Rask was picked 21st overall in the round one by the Toronto Maple Leafs. Before playing a single season, he was traded to the Boston Bruins in exchange for goaltender Andrew Raycroft.

On 5th May 2007, Tuukka Rask signed a three-year contract with the Boston Bruins. He spent his first season with the Providence Bruins.

On 5th November 2007, he was called up to the Boston Bruins for the first time. On 20th November, he set his first NHL win, a 4-2 victory against the Toronto Maple Leafs.

At the end of the 2008-09 season, he was recalled by the Bruins to serve as a second goaltender against the New York Rangers.

On 5th November 2009, he signed an extension contract with the Bruins, which would keep him through the 2011-12 season.

The 2009-10 season was the only rookie in NHL history to lead the league with a sub-2.00 GAA, lead the company in save percentage and supplant the Vezina Trophy winner. Still, he was not named a finalist for the rookie of the year award.

During the 2010-11 season, when the Bruins won the Stanley Cup, Rask became only the second Finnish goaltender after Antti Niemi.

On 28th July 2012, Rask extended his contract with the Bruins, signing a one-year deal worth $3.5 million. During his lockout, which ended on 6th January 2013, he played for HC Plzen.

Again on 10th July 2013, Rask re-signed an eight-year contract with the Bruins, worth $56 million.

Early in the 2016-17 regular season, Rask sustained a groin injury. Some of his teammates are Brad Marchand, Zdeno Chára, Patrice Bergeron etc. 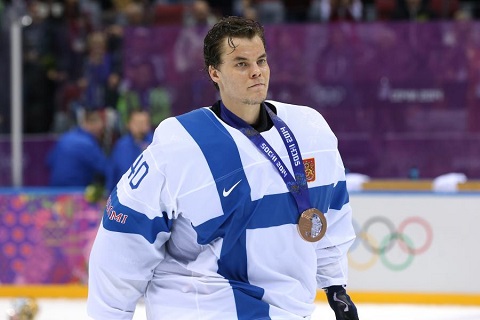 On 2nd March 2016, it was announced that Rask was to be the opening goaltender for Team Finland in the World Cup of Hockey 2016. He played in two out of three tournaments and three pre-tournaments.

In 2015, a newly discovered species of wasp in Kenya was named Thaumatodryinus Tuukka Rask indirect reference to the Bruins goaltender. The author's reason is that "his species is named after the acrobatic goaltender for the Finnish National ice hockey team and the Boston Bruins, whose glove hand is as tenacious as the raptorial fore tarsus of this dryinid species."