A native of Queens, New York, Chamique Holdsclaw was born on August 9, 1977, under the star sign Leo. Further, she holds an American nationality and is of Afro-American ethnic background.

The forty-two years old is an openly lesbian and currently married to NBA executive Cara Wright. In the past, she dated fellow WNBA player Jennifer Lacy.

Holdsclaw, who played 12 years long in the WNBA, has an estimated net worth around $0.5 million as of 2019. Her annual salary as a player was reported to be about $40,000 annually. Soon after her WNBA draft, Nike signed her to a five-year endorsement deal with a reported annual payout of more than $500,000, or about ten times her WNBA salary.

Currently, she serves as a mental health advocate. According to the source, the national average salary for a Mental Health Advocate is $43,722 in the United States.

Holdsclaw and Wright met at a basketball camp in Africa, where they promised to keep in touch as a friend.

The duo had their first date in the NCAA Final Four at Lucas Oil Stadium in Indianapolis, where they actually fell for eachother. 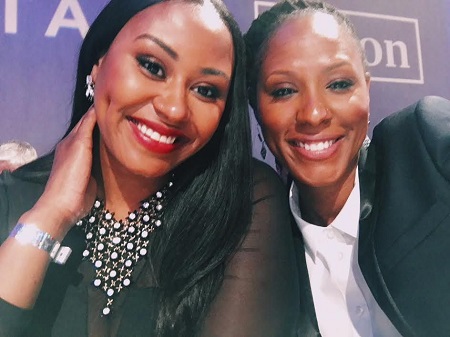 Latter, Holdsclaw propose Wright at the very location where it all began: Lucas Oil Stadium. She created a video from all the pictures and videos throughout their relationship and got down on one knee. 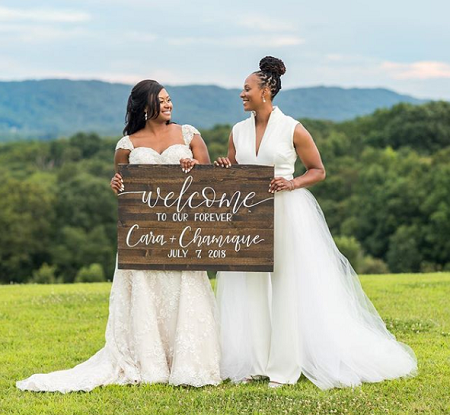 On 7th July 2019, they tied the knot in a private ceremony in Tennessee. Their wedding was attended by family, friends, and plenty of familiar faces from the women’s basketball community: Murriel Page, Dominique Canty, Edneisha Curry, and Brittany Jackson.

In Holdsclaw's autobiography, Breaking Through Beating the Odds Shot after Shot, she mentioned that she had suffered depression during her professional basketball career, and attempted suicide on one time.

Previously, Holdsclaw dated fellow WNBA player Jennifer Lacy. On November 15, 2012, Atlanta police issued an arrest warrant against Holdsclaw after she allegedly attacked her Lacy's car with a baseball bat and shot at the vehicle where Lacy luckily got uninjured. 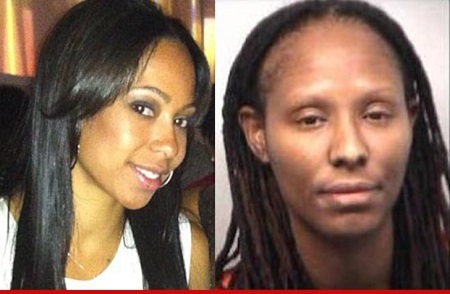 As reported, she was charged with aggravated assault, criminal damage, and possession of a firearm. After posting a $100,000 bond, the former basketball player was released from jail, and a court date was not set.

Holdsclaw was born to parents: William and Benita, who were ill-prepared for their first parenthood. Young and immature, her parents argued frequently, and the dispute only worsened when her’s brother, Davon, was born a couple of years later.

Her parents both battled alcoholism throughout her childhood, which invited the police to break up their quarrels.

For a reason, Holdsclaw had to grow up fast and take the responsibility of the household as normally as possible. At the time, her escape was sports—basketball.

In 1988, Chamique and her brother were no longer safe living with their parents, so they moved in with their grandmother, June.

At the 1999 WNBA draft, Holdsclaw was picked 1st overall by the Washington Mystics. With the team, she earned WNBA Rookie of the Year, 4X WNBA All-Star, 3× All-WNBA Second Team, and 2× WNBA rebounding champion until 2004.

Then she played for Los Angeles Sparks from 2005-2006. Also, she played for Atlanta Dream and San Antonio Silver Stars before retiring in 2010. Her famous teammates include Dawn Staley, Sheryl Swoopes, and DeLisha Milton-Jones.