Chad  Laprise (born 23 July 1986) is a Canadian mixed martial artist currently competing in the UFC division of Welterweight. In 2010, Laprise won The Ultimate Fighter Nations: Canada vs. Australia and competed for Bellator MMA.

Laprise has maintained 16-13-3 MMA record in his career. He is married to his wife Emily Laprise and has two children with her.

Chad Laprise was born on July 23, 1986, in Chatham-kent, Ontario, Canada. He holds a Canadian nationality and is white by ethnicity.

In June 2010, Chad Laprise started his professional MMA career in his native country Canada. during his amateur years, he maintained the record of 4- 0 with all the victories in the first round through TKO.

It was announced in December 2013 that Laprise would be a member of the Ultimate Fighter Nations: Canada vs. Australia, representing Canada at welterweight.

On the show, Laprise defeated Chris Indich by decision first and Kajan Johnson by knockout in the second round and eventually winning awards for Fight of the Season and Performance of the Season. 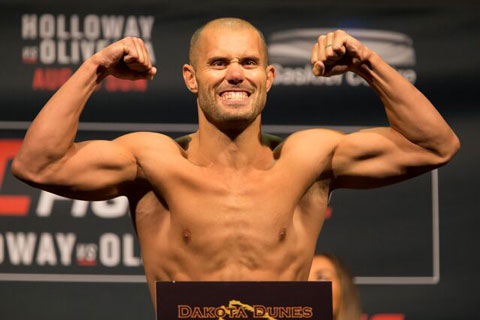 At the UFC Fight Night 54 on 4 October 2014, Chad Laprise confronted Yosdenis Cedeno in a lightweight bout and won the fight via unanimous decision.

On April 25, 2015, Chad Laprise faced Bryan Barberena at UFC 186 and won the fight by the unanimous decision which eventually made him win his first Fight Of the Night bonus award.

Laprise faced Francisco Trinaldo at UFC Fight Night 74 on 23 August 2015. In the first round, Laprise lost the fight via TKO.

Li Jingliang was expected to face Laprise on 10 December 2016 at the UFC 206 in a welterweight bout. However, on November 16, Laprise withdrew from the fight and cited an undisclosed injury

On 8 July 2017, Chad Laprise faced Brian Camozzi at UFC 213. In the third round, he won the fight via TKO and eventually, Chad Laprise won his first Performance of the Night award.

Chad Laprise Salary And Net Worth

According to Thesportsdaily, Chad Laprise has an estimated salary of about  $408,000 as of 2018.  Chad Laprise income has been rise significantly, some of his previous year incomes are:

Chad Laprise is married to a girl named Emily Laprise. moreover, he is the father of a son and a daughter named Kai and Faith respectively. The details about his father, mother, and sibling are yet to be revealed. 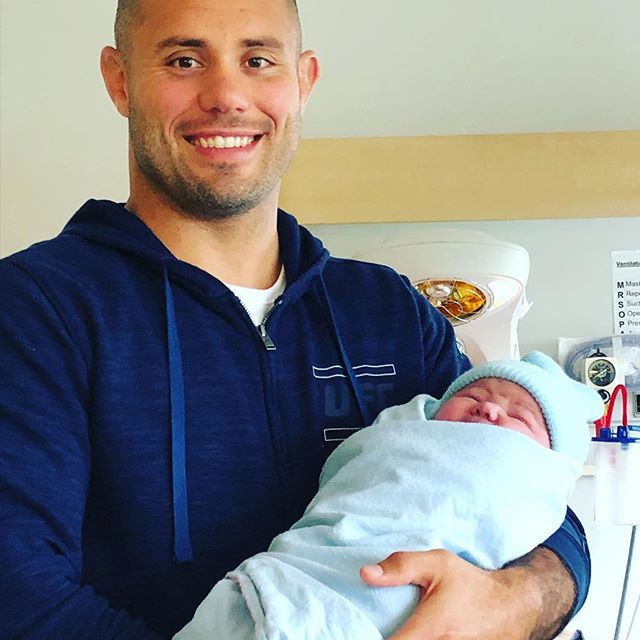 The native Canadian, Laprise has a height of  5ft 10 inches and weighs 77kg.