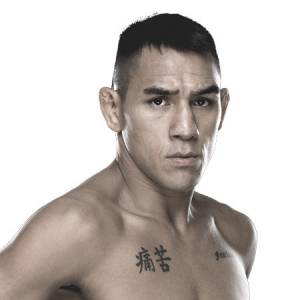 Emmanuel Sanchez is a Mexican-American mixed martial artist. He is currently signed to the fighting promotion of Bellator MMA where he competes in the featherweight division. He has had a steady career with more wins than losses as such has a stable earning from his winnings.

Sanchez is a former competitor of the Ressurrection Fighting Alliance. Prior to joining the Bellator MMA, Sanchez had compiled a record of eight wins and one loss.

Emmanuel Sanchez was born on August 11, 1990, in Milwaukee, Wisconsin, United States. He was born in the family of Mexican immigrants but details of his family are not available. He started training in Brazilian jiu-jitsu while he was attending high school.

Emmanuel Sanchez's professional career in MMA began in November of 2011. He was signed by the Bellator MMA where he competed in the lightweight division but later dropped to the featherweight division. He made his first debut at Bellator on October 10, 2014, facing Stephen Banaszak. He won the fight via submission in the first round.

Alejandro Villalobos was the second opponent of Emmanuel Sanchez who he fought on March 27, 2015. His fight with Villalobos went the complete rounds and Sanchez turned out victor at the end with a unanimous decision.

Emmanuel Sanchez fought the former Bellator featherweight champion Pat Curran at Bellator 139 filling in for the injured Goiti Yamauchi. He ended up losing the fight via a unanimous decision. He recovered from the loss in his next fight against Henry Corrales at Bellator 143 winning via split decision.

One of Emmanuel Sanchez's highest profile fight was against the UFC veteran Justin Lawrence which was held on November 6, 2015. He was able to defeat the veteran and win with a split decision. On his next fight against Daniel Weichel, on July 22, 2016, he lost the match via split decision.

On March 31, 2017, Emmanuel Sanchez defeated the former bantamweight champion Marcos Galvao who had moved up to the featherweight division via unanimous decision. He won against Daniel Straus at Bellator 184 and Sam Sicilia at Bellator 198.

Emmanuel Sanchez will be facing against Patricio Freire on November 15, 2018.

Emmanuel Sanchez has does not like to disclose information about his personal life. However, in an interview after prior to his fight with Daniel Straus, he disclosed that his girlfriend was his nutritionist. The statement proves that he is not single and currently is in a relationship. It also shows that he is not married and does not have a spouse.

Net Worth of Emmanuel Sanchez

Emmanuel Sanchez's career earnings as a professional MMA fighter in the Bellator MMA is reported to be $40,000. Despite the knowledge of his career salary, the information about his personal assets has not been found which has made it difficult to calculate his estimate net value. His net worth remains under review for now.