Catriona Matthew was born Catriona Isobel Matthew on August 25, 1969, in Edinburgh, Scotland. She rose to fame only after her successful career. So much about her early life is under the radar. Matthew completed her basic education and graduated from the University of Stirling. Talking about her physical appearance, Catriona stands five feet and four inches tall and weighs 55 kg.

Catriona Matthew has an estimated net worth of more than $5 Million. She credits most of her net worth to her successful career in golf. A golf player does not need to win an event to earn their prize money; rather, they are paid based on the score at the end of the event. Also, they make a huge amount from their sponsorship and advertising deals. Matthew is the ambassador of the Gleneagles. 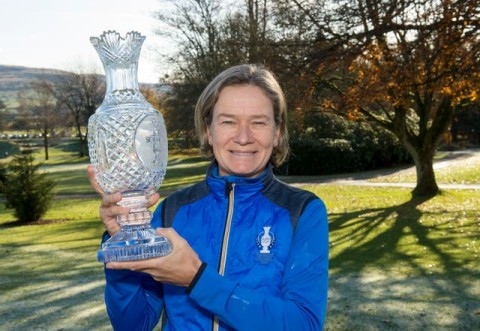 Matthew shares a photo with Solheim Cup SOURCE: The Independent

Catriona lives a happy married life along with her husband and their children. Matthew walked down her wedding aisle along with Graeme Matthew in 2006. They had been dating each other for several years before getting married. Graeme worked as her caddie. 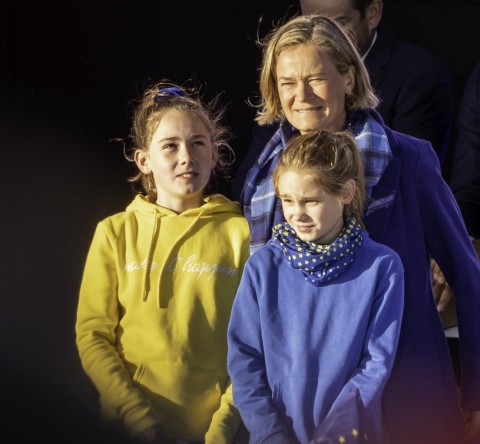 Catriona attends an event with her daughter's SOURCE: [email protected]

Catriona started playing golf at age five. She started training golf on the Children's Course and North Berwick West Links. Matthew won the 1986 Scottish girls Champion and Under-21 Stroke Play champion in 1988 and 1989. After passing in the qualifying event, the player played golf for her university and turned professional in 1994 after passing in the qualifying event. The same year, Catriona qualified for the Ladies European Tour.

Matthew earned her first professional tournament at the 1996  Holden Women's Australian Open. She waited for almost fifteen years to win her first LPGA event in 2009 at the HSBC LPGA Brasil Cup. In November 2011, Catriona won her fourth LPGA title at the Lorena Ochoa Invitational in Mexico. Matthew received several awards and MBE in 2010 and the OBE in 2020.