Mel Reid was born Melissa Rose Ried on September 19, 1987, in Derby, England. She is the daughter of Brian Reid and his wife, Joy Reid. In 2012, Reid's mother, Joy, was killed in an automobile crash near Munich. Her mother was traveling to see Mel compete in a Ladies' European Tour event. Reid stands five feet and seven inches tall and weighs 65 kg.

Mel Reid has an estimated net worth of more than $1 Million. Although It's been more than fifteen years of her professional career, Reid has not become successful in making her earnings portfolio big. Mel must be earning a good amount through her sponsorship deal with USGA, Aggreko, PEGA, Nike, and a few more. 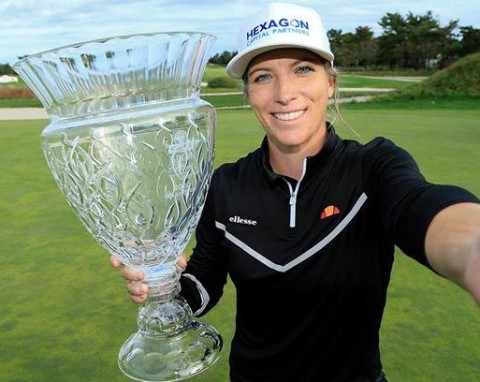 Mel earned merely $5,000 in her rookie year at the Ladies' European Tour. The following season, She made $150,606 while appearing in sixteen events. Ried played in the event until 2017 and has earned more than $1.5 Million as her prize money. The English golfer made her LPGA debut in 2017 and took home prize money of $119,755. The following season, Reid had a bad season and made just $79,363 from twenty events.

Reid played in twenty-one LPGA events in the 2019 season and earned $323,450 while she earned her career-best LPGA Tour finish when she tied for third at the KPMG Women's PGA Championship. In 2020, Mel made $441,415 when she became a Rolex-First Time Winner with her victory at the ShopRite LPGA Classic. Totaling her prize money from LPGA events, it sums to $1,144,251.

Who is Mel Reid Dating? Know About Her Relationship Status

Mel Reid belongs to the LGBTQ community. She is very much open about her sexual orientation in public. Reid is engaged to her partner, Carly Grenfell. The duo has been together for more than two years. Mel and Carl got engaged in December 2020. 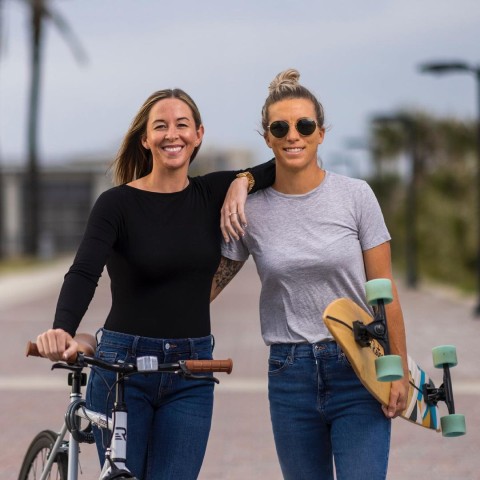 Mel is engaged to her partner, Carly, for almost a year SOURCE: [email protected]

Carly works as a photographer and has not shared about their first meeting instance. She keeps traveling with her partner in most of the LPGA events.

Mel started playing golf from a very early age. She won numerous amateur events, including the 2004 and 2005 English Girls' Championship, the 2006 and 2007 Helen Holm Trophy, and a few more before turning professional in 2007.  She placed 12th on the money list in 2008 and was named LET Rookie of the Year. In 2010, Reid won her first LET title at the Turkish Airlines Ladies Open.

In 2011, Mel won two more titles at the Deloitte Ladies Open and Open De Espana Femenino. In 2020, She finished at a T9 position in the Women's British Open. The same year, Reid won her first LPGA title at the ShopRite LPGA Classic.