Rob Oppenheim is a well-known American professional golf player. Rob has won nine titles in his two-decades-long professional career, including One Korn Ferry tour and eight others.  He has been playing golf since 2002,  initially competing in the Canadian Tour and Korn Ferry Tour before moving to PGA Tour.

Rob Oppenheim was born on January 12, 1980, in Salem, Massachusetts. He was born to James Oppenheim and his wife, Karen Oppenheim. He has an older brother Ken and a younger sister Jill. Rob loved playing baseball more than golf but chose golf over baseball. After graduating from Andover High School, Rob enrolled at Rollins College. Talking about his physical appearance, Rob stands five feet and ten inches tall and weighs 75 kgs(165 lb).

Rob must be earning a hefty sum from his professional golf career. He has been playing golf for almost twenty years. Oppenheim has an estimated net worth of more than $2 Million. His PGA Career earnings is reported to be $1,691,134. 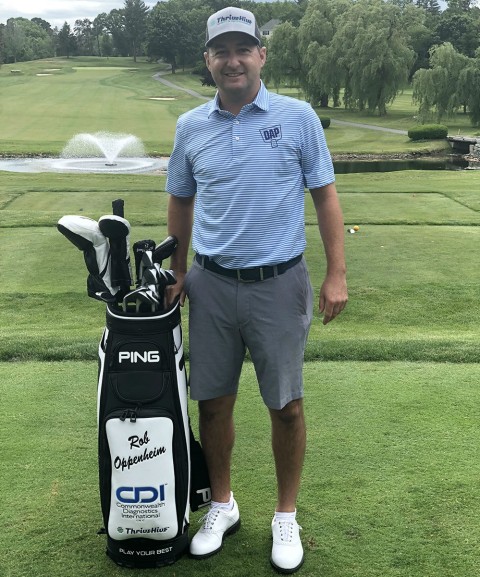 Rob Oppenheim is the Father of Two Kids

Yes, You read that right. Rob is a proud father of two beautiful children. Rob is married to his longtime girlfriend, Lacey Oppenheim, since the early 2010s. They had a private wedding ceremony and have not uttered a single word about their marriage with the public. 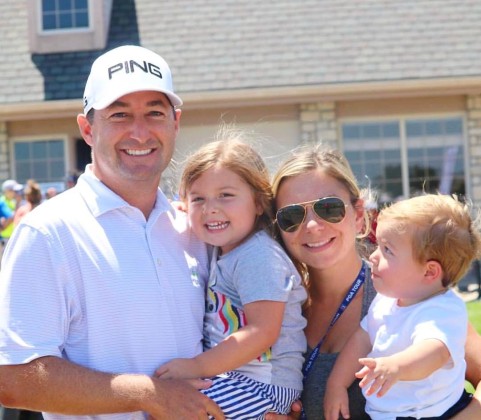 Rob with his wife and their children SOURCE: [email protected]

Soon after the wedding, the duo was blessed with two daughters, Zoey and James. Both of them seem to be very much supportive of each other. He is an active social media user and keeps sharing his daughter's photos.

Rob turned professional soon after graduating from the University in 2002. He was part of the 1999 U.S Amateur at Pebble Beach, California. In 2002, he won the Massachusetts Amateur. Oppenheim started his professional career playing on the Canadian Tour, Cleveland Tour, Hooter's Winter Series, and Moonlight Tour. In 2006, Rob finished second on the Canadian Tour Order of Merit/ Money list and qualified for the PGA Tour.

Oppenheim played his PGA Tour in 2007 but could not continue his form and had to play in Web.com tour until 2014. In 2015, he returned to the PGA Tour and has been competing since then. The same year, Rob won Air Capital Classic. He has won several other tours like Captain's Open, New Hampshire Open, and several others. In 2014, The golf player made a cut in U.S Open and finished T37 in 2016.