Romeo Weems is an American basketball player who is currently playing for the Aaron Nesmith of Big East Conference. For now, he has declared for the 2020 NBA Draft. Besides, he earned gold medals with USA Basketball at the 2017 FIBA Americas U16 Championship and 2018 FIBA U17 World Cup.

Though Weems declared for the upcoming NBA Draft, he has not signed an agent. He is testing NBA draft water. He fits the profile of a sleeper freshman capable of unexpectedly working his way onto 2020 draft boards. 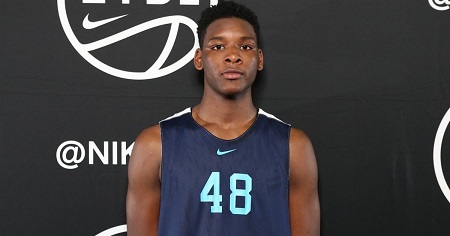 He'll create the buzz with his 6'6", 220-pound size and functional athleticism that translates to explosive dunks and off-ball plays at both ends. Moreover, he is ranked #47 behind Jahmi'us Ramsey, Jared Butler, and Aleksej Pokushevski in tier 6 in the 2020 NBA Draft Big Board, April Update.

Noting known about his serious relationship, but 6-7, 210 Small Forward was not left alone in 2019 prom. He had his date. Also, the hunk flaunted three pictures with his prom date on his Instagram. The lady in pictures was looking beautiful in a blue gown, and together the duo made a beautiful couple. 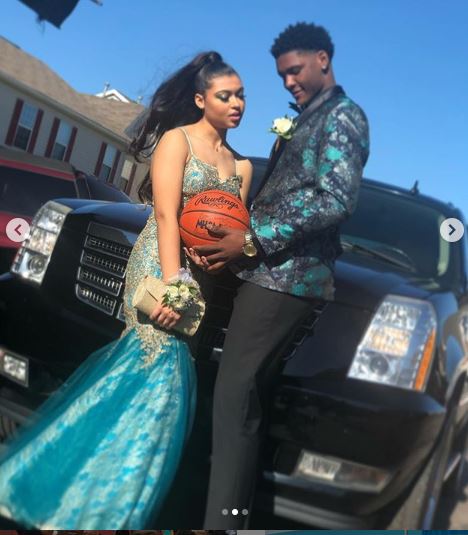 Maybe she is the girlfriend of  Weems, but he has not spoken anything about his relationship. It seems like; he prefers his personal life low key.

Romeo Weems is the son of Nyasha and William Weems Sr. Further, he grew up alongside his two brothers, William Jr. and William III, and two sisters, Dezhane and Star.

Along with playing basketball, Weems, a high school graduate of New Haven, plans to major in Communications and Media from DePaul University.

Romeo was ranked #44 on ESPN.com's Top 100 rankings for the class of 2019 as well as #11 by ESPN.com among the nation's small forwards. Furthermore, he was slotted at No. 60 in the national 247Sports.com rankings.

Not only this, but he was also the four-star recruit is No. 11 among all power forwards., No. 65 nationally at Rivals.com and No. 15 among small forwards.