Sidney Crosby, the 30-year-old Canadain Ice hockey player currently captains the Pittsburgh Penguins of the NHL. Playing professionally since 2005, the center forward with his 13 seasons with Penguins has made him the face of the Penguins franchise and one of hockey’s biggest stars.

The youngest player ever to win a World Championship scoring title (2006), Crosby is currently estimated to be enjoying the net worth of $55 million. Besides his salary, Crosby's endorsement deal earnings put him among the highest paid NHL player. Scroll down to know more about Sidney Crosby's net worth, salary, and properties.

Net Worth and Salary of Sidney Crosby

Well, the ace of Ice hockey, Crosby is reported to have played for only one team in his entire professional career,i.e. Pittsburgh Penguins. The first overall pick of the 2005 NHL Draft has made million dollars fortune with the team.

Reportedly, Crosby owns estimated the net worth of $55 million as of 2018 with a whopping increment in net worth. Back in 2014, his net worth was reported to be $30 million as per The Richest, while his net worth reached $45 million in 2016.

In the comparison of net worth, Crosby lags behind Alex Ovechkin with a net worth of $60 million, though Crosby tops him nearly by a million dollar with terms of salary.

Previously, Crosby was enjoying the salary of $12 million in 2015 season, though his salary stepped down to $10.9 million since 2016 season.

Crosby's agent Pat Brisson of CAA Sports just told me the deal will be $104.4 million over 12 years

Probably, the curiosity will not be satisfied without knowing Crosby's previous earnings, right? Let's see his salary and contract in the table below.

Back in 2010, Crosby signed almost $10 million deal over 7 years, which proved to be the NHL's richest endorsement deal. Though, in September 2015, Crosby signed with Adidas to replace the sportswear of Reebok which became effective from the 2017 season.

The new deal will earn him $1.4 million annually.

Currently, Crosby makes $4.8 million a year with his endorsement deals.

It seems Crosby is not very keen on extending his property empire. Crosby reportedly owns a house in Edgeworth, Pennsylvania. Sources say, he purchased the property in 2011 for $800,000.

Soon after Crosby replaced the old house with a new house spread on 10,642 sqft area. 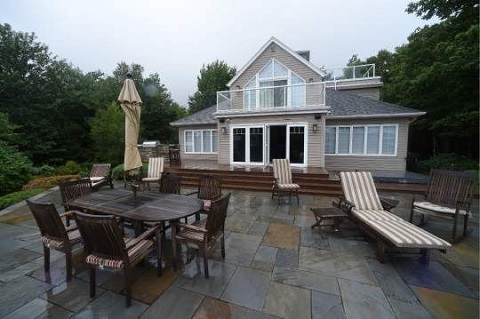 Well, Sidney Crosby is reported to own a Tesla, Range Rover, Chevrolet, Lamborghini, and a Chevy Corvette. The worth of his car collection is assumed to be thousands of dollars.

Sidney Crosby & the Stanley Cup back home in Sewickley! pic.twitter.com/8CWX63vl1g

Probably, not a dead end to Crosby's property empire extension. Let's see what the future has to offer.

Crosby's got his hands on charity works as well. In 2009, Crosby founded the Sidney Crosby Foundation, an organization committed to providing support to charities benefiting children.

The Sidney Crosby Foundation is proud to support KidSport Nova Scotia with a $50,000 donation!

Also, he opened an inaugural Hockey School in Cole Harbour in 2015.

Respect and best wishes to this generous hockey player.