Can Xu is a professional Chinese boxer who is rated as the third-best active featherweight champion by ESPN as of 2021.

He is the youngest Chinese boxer to win the golden belt in the featherweight division. He made his mark in the boxing world when he held the WBA featherweight World Champion title from 2019 - 2021.

He is also nicknamed "The Monster" because of his incredible power with stunning stamina.

Who is Can Xu?

Can Xu was born on March 9, 1994, in Fuzhou, the east of Jiangxi province, China. Later, his parents moved to Beijing, China to have more opportunities and education for Can Xu. His father and mother were chefs.

The young Chinese boxer is not from a reputed family. The early life of Can and his parents all are under the radar. Xu completed his school in China but during his third year, he dropped out of junior high school. 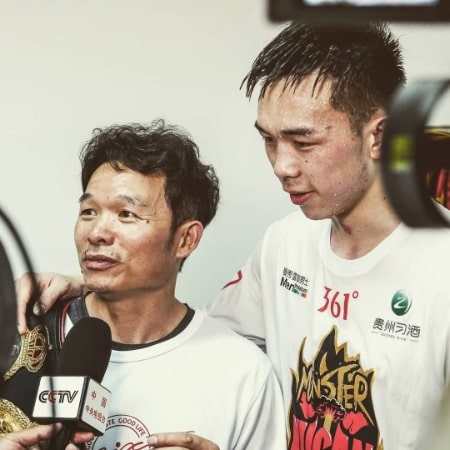 Xu Can with his father SOURCE: [email protected]_monster

His great source of inspiration to join the boxing career is his father. Although Xu Can is not from a boxing background, his father has a great interest in Boxing. After leaving high school, he joined Zhongwei, a boxing club situated in Kunming, Yunnan.

What is the net worth of Xu Can?

According to sources, the estimated net worth of Xu Can is $1.5 million. The Chinese boxer accumulated most of his wealth from boxing and other contracts and bonuses. Xu Can was guaranteed to earn £500,000 from a single fight including sponsorship, promotion, and TV revenue in his recent fight with Leigh Wood.

Although Xu Can is definitely rich, it seems he doesn't like to flex his wealth in social media. But it is sure that the market value of the Chinese Monster is on rising as brands and sponsors are getting attracted to him.

Is Xu Can married?

Unlike many celebrities, it seems Xu Can likes to distance his personal life away from the reach of the public and media. But, he is active on social media and posts about his training photos and videos most of the time.

It seems, the boxer is enjoying his single life and must be focusing on his career and not his love life. Or it might be the case that, he prefers his love life behind the camera.

The Chinese boxing talent started his professional boxing career at the age of 16. He marked his name in boxing history when he won the WBA featherweight title for the first time. Can win against former WBA super weight champion Nehomar Cermeno in his 15th fight. 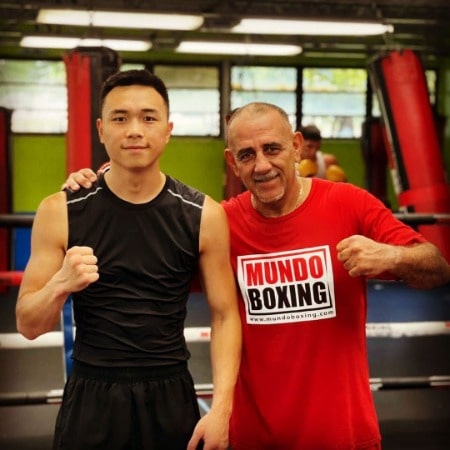 Can Xu with his coach Pedro Diaz SOURCE: [email protected]_monster

Along with Nehomar, he has also won against two other world champions Jesus M Rojas and Shun Kubo.

According to BoxRec, a professional boxing website categorized Xu as one of the 5 stars rated boxers. Only about 20 boxers from Asia are rated 5 stars. So, no, doubt, he is one of the best boxers coming from Asia.

Recently, Leigh Wood beat Xu Can to become the new featherweight champion of the world in the match held on July 31st, 2021. The UK-based boxer beat the Chinese boxer in the 12th round replacing the titleholder.