Gossip Cam Newton's Present Contracts: How Much He Earns From His Profession?

Cam Newton's Present Contracts: How Much He Earns From His Profession?

NFL's Cam Newton famed as the only player in the modern era to win Heisman Trophy, a national championship, and become the first overall pick in an NFL draft within a one-year span, is also known for his massive contracts and salary. The 28-year-old American football quarterback currently plays for the Carolina Panthers in the NFL.

Cam Newton,  playing professionally since 6 years till now is estimated to be enjoying the net worth of $45 million currently. So what's his annual salary? Probably, with the owner of massive net worth, Cam Newton also has a jaw-dropping property empire. Let's know all about Cam's net worth, earnings from his profession and contracts.

Net worth and Salary  of Cam Newton

Blessed with lucrative endorsement deals, huge contract, and salary, Cam Newton, the father of 2 is reported to be enjoying the net worth of $45 million as of 2018. Well, Cam Newton is playing for the Carolina Panthers since his professional debut in 2011.

Cam Newton is currently enjoying the salary of $14.5 million, curious about the previous earnings of Cam Newton from the team. Let's know.

While in his college, Cam Newton played for University of Florida, Blinn College, and Auburn University till 2010 where he earned many remarkable awards and honors like Heisman Trophy and AP College Football Player of the Year.

Then later on April 28, 2011, Cam was picked up by the Carolina Panthers in the first overall pick of 2011 NFL draft. Following 3 months of his recruitment, Cam signed a 4-year-contract worth $22 million with Panthers on July 29, 2011, including the signing bonus of $3.63 million paid per year. 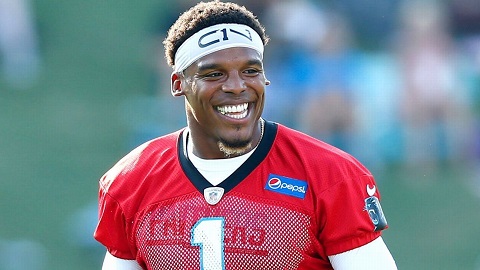 Cam's new deal showered him congratulations all over Twitter.

How u act when you dog get 100 M's... CONGRATS BRO cameron1newton https://t.co/9NSqDSAJxh

With his contract, Cam earned the annual salary of $13.16 million in 2017 season, and his salary for the 2018 season is reported to be $14.5 million while carrying the cap hit and dead cap value of $21.5 million and $15 million respectively.

Check out the salary sheet and earnings of Cam from the Carolina Panthers.

As far, Cam with his professional career is reported to have earned $89.69 million throughout his career.

Cam Newton's net worth seems to have got a backup with his lucrative endorsements deal with brands like Gatorade, Beats Electronics, Belk, Electronic Arts and Under Armour. Reportedly, Cam Newton's earnings from his endorsement deals are reported to be $13 million annually.

In 2011, Cam Newton signed then largest endorsement deal for a rookie, after he got in terms to endorse the Under Amor. Though no detail of the deal is disclosed, reportedly he surpassed $1 million a year deal of Adidas to Reggie Bush in 2006.

Later in February 2012, Cam, married to Shakia Proctor, signed a deal with Gatorade, as per the Tweet of sports business analyst
Darren Rovell. Have a look.

Back in October 2017, Cam Newton's endorsement deal with Yoghurt giant Dannon came to an end after he was found guilty for his sexist comment on a female reporter. Cam was endorsing Dannon since 2015, though even after the issue, the company didn't dissolve the running contract then.

As reported, Cam has not lost $10 million fortune with the Dannon. Regarding the issue, Darren Rovell made a Tweet of the Dannon's statement, have a look.

However, even after a dramatic loss, Cam is still worth millions.

House and Cars of Cam Newton

After his mouth-watering deal with the Carolina Panthers in 2015, Cam Newton rented a Beverly Hills mansion for 2 months in 2016. But, the real issue came out after the house owner Jared Pobre and his wife Stacy Keibler, the former professional wrestler sued Cam for making $100,000 damage during his stay. 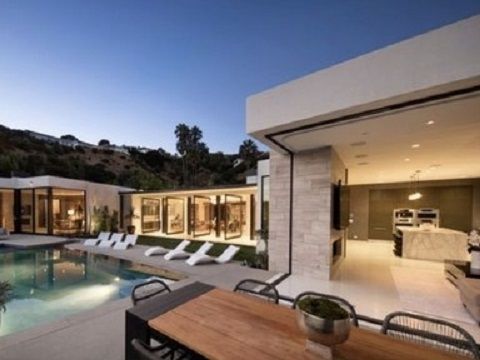 Soon after that, in February, Cam Newton bought a 3-bedroom, 3-bathroom uptown condo in The Trust building. The purchase price of the property featured with  3,200 square feet living space is reported to be $1.6 million. 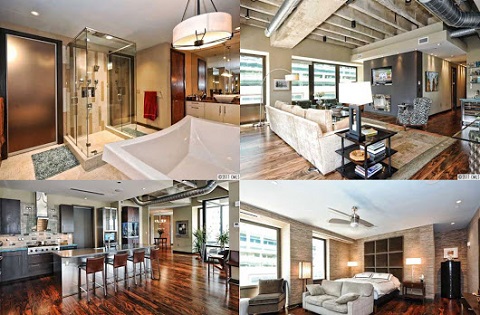 Well, you might get shocked to know who his neighbor is. He is none other than Charlotte Hornets owner Michael Jordan, who bought a condo in the same building in the summer of 2010. Furthermore, the former Hornets' power forward Boris Diaw also owns a condo in the building.

Probably, Cam has more property detail to disclose, let's wait for the day.

Amid of his endorsement deal cut off controversy, Cam has not pulled himself off from charitable works. Well, Cam is the founder the Cam Newton Foundation which aims to enhance the lives of youth by addressing their educational, physical and social needs, with its slogan "Every 1 Gives, Every 1 Learns, and Every 1 Plays."

Back in December 2017, along with the upcoming Christmas, working through his foundation, Cam Newton made the donations of $100,000 all over Charlotte and gained much more focus after he dressed like a Santa Claus.

Santa Cam went all over Charlotte to deliver a $100,000 worth of presents & donations ?????? pic.twitter.com/ZPlOLoihJq

at Barringer Academic Center, where Santa Cam presented a $30K check to start a backpack program for kids in need. Then played Cam Says pic.twitter.com/2CW5Fw0tEY

Really humanity is all about helping others without the expectation of benefits.