Callum Smith was born Callum John Smith on April 23, 1990, in Liverpool, Merseyside. Callum is among the six-children born to Martin Smith and his wife Margaret Smith. He has three elder brothers Paul, Stephen, and Liam, and has two sisters Chloe and Hollie. His brothers are also professional boxers. Paul started his career at an early age.

Callum Smith Net Worth and Earnings from Boxing

Callum Smith has an estimated net worth of more than $10 Million. Smith has accumulated most of his net worth through his successful career with boxing. He has been earning millions from his single fight. 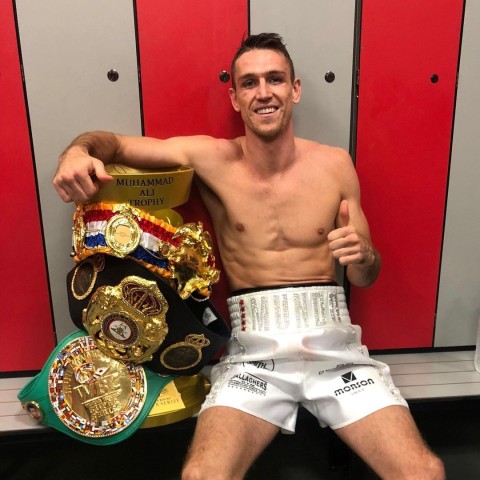 CAPTION: Callum shares a photo along with his titles SOURCE: Instagram @callumsmith23

In 2018, Smith won a title contender match for WBA  The Ring super-middleweight titles and World Boxing Super Series: super-middleweight up against George Groves. He won the match via KO in the 7th round. Smith earned most of the $10 million purses. Callum became the second person in his family to win a world title after brother Liam.

Callum had a title match for the WBC super-middleweight title against Canelo Alvarez on December 19, 2020. He lost the game via unanimous decision at the end of the twelve rounds and lost his title. This match was one of the biggest fights after Mike Tyson pay-per-view. Callum Smith makes a guaranteed purse for this fight upto $4 million and it will increase maximum to $7.5 million based on pay-per-view share if they stay strong. For the fight, His opponent, Canelo earned $35 Million.

Who is Callum Smith's Wife? 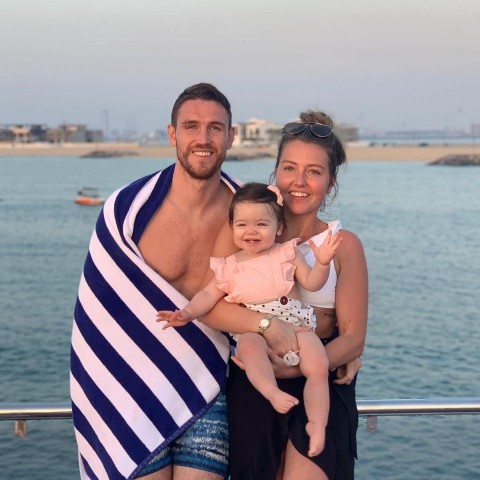 Callum Smith with his wife and daughter SOURCE: Instagram @ callumsmith

In 2019, Callum and his wife, Kimberly welcomed their first child a daughter, Alba. The pair seem to be living a happy life with their children. Smith likes to spend his free time with his daughter and his nephews.

The journey from Commonwealth to Muhammad Ali Trophy

Callum started his boxing career from an early age. He started his career winning the 2010 Great Britain welterweight title. In 2010, Smith won a silver medal in New Delhi Commonwealth Games. He could not make it to the Olympics after losing in the final of the selection round.

Smith turned professional in 2012. He started under the promotional banner of Matchroom Sport. He won his first matchup against Dan Blackwell in the fourth round with clear points. In 2013, Callum won his first title of English Super-middleweight. Following this title win, He won the WBC super-middleweight title against Ruben Eduardo Acosta.

Ever since Callum has climbed the ladder of success. In 2018, Smith has won the WBA super-middleweight champion and win the World Boxing Super Series title. After this title win, Smith retained the title with John Ryder. In December 2020, The British Boxer lost his titles against Canelo Alvarez.