Brian Lozano is a professional Uruguayan football player who plays for Penarol on loan from Liga MX club Santos Laguna. Lozano's prominent position is a winger, and he also plays as an attacking midfielder. His jersey number is 20.

Apart from that, Lozano is also a national footballer who plays for the national football team of Uruguay. He has appeared in the senior team in various national and international games. When he played for the U22 team in 2015, Lozano helped them to win the title of Pan American Games.

Lozano is a married man, and he lives together with his wife, who is registered on Instagram @meugenia.08. The cute lovebirds dated each other for some time and later thought of getting married. So, on May 17, 2022, the pair legally became husband and wife. Lozano also shared some moments of him being married. Before getting married, the duo had already welcomed their children. Lozano and his wife are the parents of two loving kids, a son, and a daughter. Looking at his Instagram post, we can say that a footballer is a family person who loves spending time with his family members during his extra time.

Lozano is professionally signed with Liga MX club Santos Laguna, but he is on loan at Penarol. His salary at Santos Laguna is £13,000 weekly and £676,000 yearly, as reported by Salary Sport. All of Lozano's income comes from his profession as a football player.

Not to mention, his market value is €4.00m, while the highest value was €7.50m on January 10, 2020. Besides that, Lozano is also associated with Nike, and his collaboration with the sports brand may have helped him receive more profit. 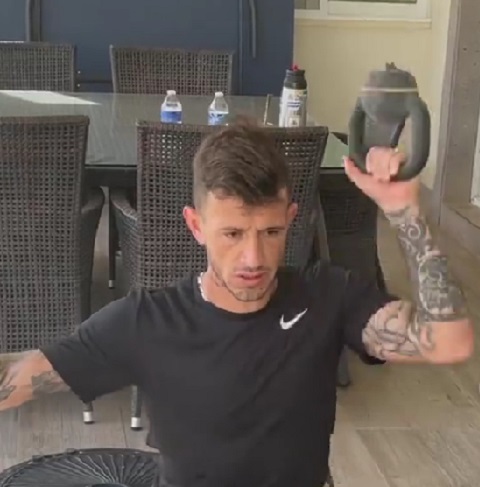 Talking about his fortune, Lozano's net worth may be around $1 million to $5 million. His actual net worth remains under review as none of the verified outlets have given the fact.

During his early days, Lozano played for Tacuru, Bell Vista, and Defensor Sporting. While playing for the senior team of Defensor Sporting, Lozano made 36 game appearances and also scored 11 goals. In 2016, Lozano received an offer to play for America and represented the team in 7 professional matches.

In the same year, Lozano was loaned to Nacional. After appearing in 25 games, he moved to Santos Laguna on loan. He signed a professional deal with Laguna on July 1, 2018, and moved to Penarol on loan on July 13, 2022. 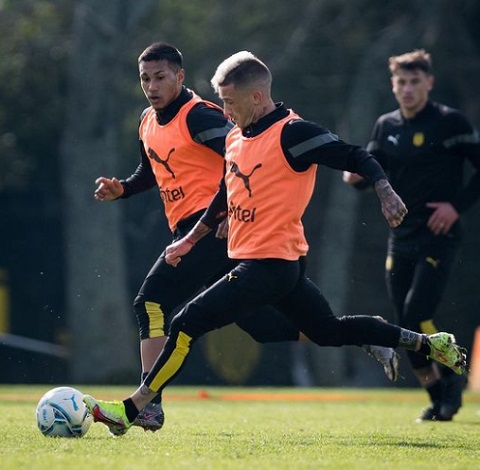 Likewise, the national player played for the U22 Uruguayan team in 5 games and also netted two goals. Also, Lozano has already played for the senior team.

Brian Avelino Lozano Aparicio was born to his supportive parents, Victor Lozano (father) and Gladys Aparicio (mother), on February 23, 1994. Lozano shares a strong bond with his parents, but he prefers to keep their info away from the media.

It is unknown if Lozano has siblings or not. Besides, Lozano is also famous as the uncle of Leandro Lozano, an Uruguayan professional footballer playing for Nacional on loan from Boston River.