Manuel Ugarte is a prominent football player hailing from Montevideo, Uruguay, who is playing for Primeira Liga club Sporting CP and the Uruguay national team. Ugarte's main position is a midfielder, and in his squad, he wears jersey number 15.

Besides, Ugarte has played for the senior team of Uruguay in many games, and he is also in the squad that is playing in the FIFA World Cup 2022. Furthermore, Ugarte is one of the most skilled players on his team, who has also helped the squad to win some titles. 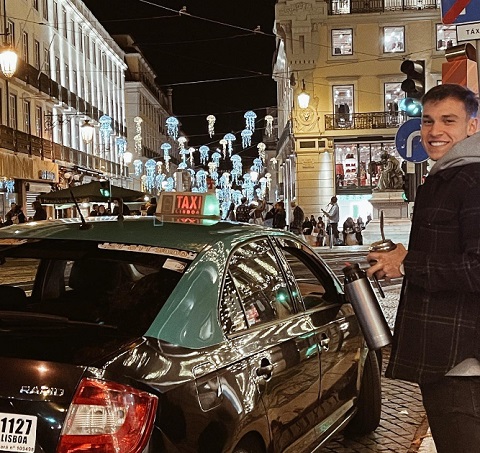 Before coming to Sporting CP, Ugarte was a part of the Famalicao. So, he joined the respective team after receiving a fee of €4.10m. According to Transfermrkt, Ugarte's market value is €15.00m, and it will surely increase in the future as he is still active in this sport.

Apart from his earnings from football, Ugarte too earns a massive amount of money through his several endorsing brands. His Instagram bio shows that Ugarte is currently associated with Adidas.

Is He Dating Someone or Single?

Well, Ugarte is currently single, and he is not dating anyone. The footballer is currently at the peak point of his career, and he is prioritizing his job rather than searching for a life partner. Meanwhile, he might be giving time to his family at the moment as Ugarte often posts images with his parents on Instagram.

Just like other professional footballers, Ugarte also prefers to stay away from the limelight, and rather than exposing everything in the media; the footballer likes to keep his info private. So, due to his private nature, we are unable to share details regarding his love life.

But to get updated on his ongoing lifestyle, we can follow him on Instagram, where Ugarte is verified as @ugartemanu.

The Uruguayan footballer began playing football after joining City Park. After that, he spent his early career with Fenix. During his senior year on the Fenix team, he appeared in 53 games and netted two goals from 2016 to 2020. 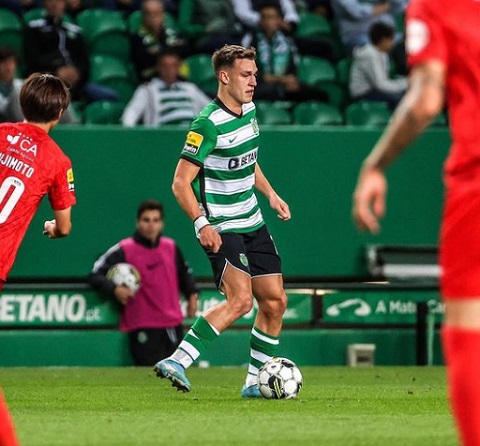 Manuel Ugarte in one of his professional games  SOURCE: Instagram @ugartemanu

Later, Ugarte received an offer to play for another team, and on January 4, 2021, Ugarte signed a professional contract with the Portuguese club Famalicao. On January 17, 2021, Ugarte made his Primeira Liga debut. During his term at the squad, Ugarte made 20 game appearances in total and also scored a goal.

Likewise, Ugarte moved to Sporting CP in the same league on August 9, 2021. In the same way, he is a national player who has already represented the youth football teams of Uruguay. And his senior debut for the national football team came on September 5, 2021, while playing against Bolivia.

Manuel Ugarte Ribeiro was born to his parents in 2001 in Montevideo, Uruguay. Besides, Ugalte is of a private nature, and he has not talked much about his personal life with the media, due to which the information regarding his father and mother remains unknown. 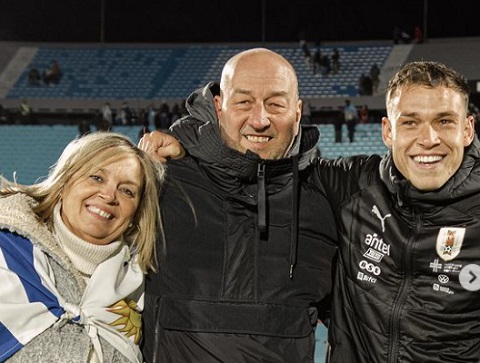 Manuel Ugarte with his mom and dad  SOURCE: Instagram @ugartemanu

Likewise, Ugarte has shared multiple snaps with his parents on his Instagram handle. Talking about his body measurement, Ugarte is a tall guy whose height measurement is 6 feet which is 1.82 m.