Sebastian Enzo Caceres Ramos, aka Sebastian Caceres, is a professional footballer from Uruguay currently signed to the Liga Mx Club America as a defender of team. What is more, Sebastian also serves the Uruguayan national team. He is an Uruguayan youth international. He has contributed to his national team for over five years, playing since 2017.

In September 2022, he got his first senior national team call and later earned his debut match on 23 September 2022 in a clash against Iran. As reported by Wikipedia, the Montevideo boy has two games in his stats for Uruguay. In addition, the youngster has just been part of two soccer clubs for now. They are Liverpool Montevideo and CF America.

Former Liverpool Montevideo defender Sebastian Caceres is an Uruguayan footballer measuring height at 5 ft 11 inches or 1.80m. His body stature is athletic and long-built. He has an excellent balanced Body Mass Index weighing 77 kg. More facial description, he is of wheatish skin tone with no tattoos on his body.

Sebastian Enzo Caceres Ramos was born in Montevideo, Uruguay, in 1999. The footballer throws his birth bash every 18 August of the year. He was predominantly raised in the typical Uruguayan society. The Uruguayan nationality Sebastian spent his boyhood period in Montevideo and afterwards joined the hometown football academy Liverpool Montevideo. Presently, Sebastian is just 23 years of age and chooses his right foot over his left. 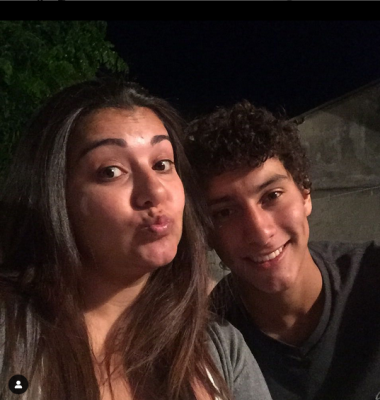 He is an intimate person who has wholly banned his family and early life details from the media limelight. As an outcome, we cannot decide his parents' names. Regardless, peeking at his Instagram @seba4caceres, we discovered that he has two sisters, Evelyn Caceres and Stepha Caceres. Moreover, there is no sign of his academic life on any sites, so we might also have to wait a bit more for that.

Is He Dating Anyone? Relationship Status

So far, Sebastian has not been included in any kind of rumours on this matter. People are inquisitive to know about his love life. Due to maintaining his life low-key, the crowd has no idea about his love life. The professional is grinding hard for his future prosperous career at the moment. He is busy with his passion rather than dating a girl. Moreover, digging into his private life also, we got nothing about his affairs. Therefore, he is probably single.

How Much Does Sebastian Make From CF America?

The 23-year-old emerging football player is delivering his worth to his team despite his young age. In return, he generates a fair sum of banknotes into his account. The former Montevideo star player Sebastian accumulates most of his income from soccer. Besides that, he welcomes revenue collaboration with several companies and sporting brands.

Meanwhile, at CF America, he allegedly earns £8000 weekly and £4,16,000 yearly. Notably, Guillermo Ochoa is the highest-earning player in America, with an annual salary of £3,380,000. As of the current year, Sebastian's estimated net worth is around to be $1.5 million. With the amazing pay, he falls under one of the wealthiest upcoming Uruguayan football players in the meantime. He loves flaunting his luxurious lifestyle in the public domain.  For your information, Sebastian's market valuation now is €4 million.

Liverpool Montevideo youth system graduate Sebastian made his professional debut on 26 August 2017, appearing for Montevideo senior team. His first-ever goal for Montevideo came on 24 February 2019 against Fenix. Playing for three consecutive seasons, he joined CF America on 15 Janaury 2020. He has registered two goals in 78 matches for CF America in all competitions. 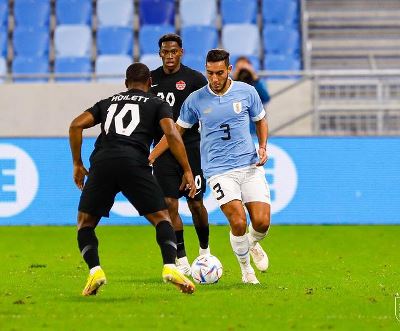 He has played nine CONCACAF Champion League games, and 69 Liga Mx matches for his present club. His defending art and skills have made him a crucial player on the team.

Explore More At Playerswiki For More News, Gossip And Bios.