Brett Connolly is a professional ice hockey player who currently plays for the National Hockey League(NHL) 's team Florida Panthers as their right-winger. Before this, he played for the Boston Bruins, Washington Capitals, and Tampa Bay Lightning.

Brett also played in the Canadian Hockey League(CHL) and Western Hockey League(WHL). Do you think Brett Connolly has a net worth of more than $5 million as of now? Some more facts regarding his salary, married life, wife, and career earnings are discussed below.

Brett Connolly Salary and Net worth in 2019

Brett Connolly surely has a net worth more than $5 million as he played in the NHL for more than eight years. Some of the other players earn more than him in eight years, but his net worth is also excellent as compared to newcomers. Above all this, he has collected a total sum of around $10 million from his entire ice hockey career so far.

Well, Brett is currently receiving a salary of around $3,500,000 in 2019-20 season from Panthers team. Soon his career earnings will reach around $30 million since he recently signed a four years contract worth $14 million with the Panthers.

Before this contract, he was playing under a two years contract worth $3 million signed on June 26, 2017, with Washington. Apart from all of the financial earnings, Brett also possesses some expensive properties in Canada as well as in the United States. The total value of his properties is estimated at more than $5 million as calculated in 2019.

Who is Brett Connolly Married to? Details about his wife and Children

If you regularly follow ice hockey you are undoubtedly a huge fan of NHL games. As being an ice hockey fan, you might already know that Brett Connolly is a happily married man.

Connolly and his wife Katrina Kim tied the knot in historic Niagara-on-the-Lake, Ontario, Canada, on July 21, 2017. 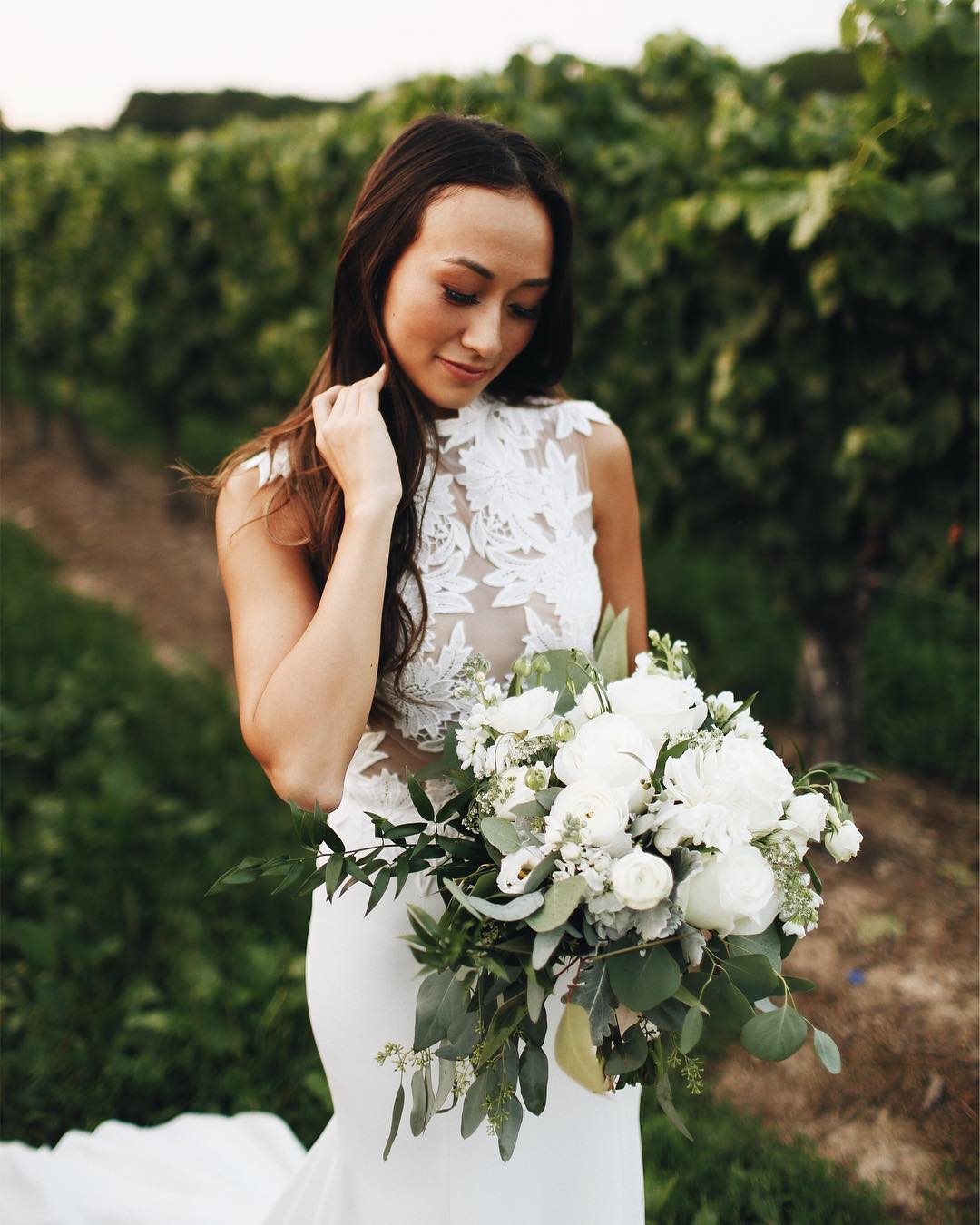 The wedding ceremony was impressive as the wedding venue was decorated with flowers, and the bride and groom were also dressed nicely. Brett and his girlfriend, Katrina Kim, went to Canada from Washington a week before their marriage ceremony.

Before the wedding, there was a small party under the trees behind the Gracewood Estate, which includes drinks sangria in the Kurtz gardens and also a nice dinner. The lovely wedding was attended by some of his former Capitals friends, including Karl Alzner, Daniel Winnik, Tom Wilson, and Braden Holtby.

Brett and his wife Katrina Kim in their wedding ceremony SOURCE: https://outsideinstudio.com

They were also referred to as the best NHL couple since their relationship is quite impressive, and they never had a dispute in their love life. In addition to this, there are no signs of Brett involving in an extramarital relationship with other ladies.

Who is Brett Connolly? His Bio, Parents, Childhood, and Early Life

Brett Connolly was born in Campbell River, British Columbia, Canada, on May 2, 1992, to parents Dawn Connolly and Pat Connolly. He had an awesome childhood with his siblings, and he was well raised by his parents in a friendly environment. He holds Canadian nationality and belongs to the white ethnic group.

Brett Connolly is a professional ice hockey player who currently plays for the National Hockey League(NHL) 's team Florida Panthers as their right-winger. Before this, he played for the Boston Bruins, Washington Capitals, and Tampa Bay Lightning.

Brett also played in the Canadian Hockey League(CHL) and Western Hockey League(WHL). Brett was the 1st player to score 30 goals in WHL being 16 years old since Patrick Marleau. After his selection in the NHL, his professional career started with the Lightning team.

Apart from his NHL career, he also played for the Team Canada representing in some of the significant events like the 2009 World U-17 Hockey Challenge and 2012 World Junior Championships.