Brett Ashley Cantwell is a popular WAG who is married to an American football coach, Nick Sirianni. Her husband currently serves as the head coach for the Philadelphia Eagles of the National Football League. Earlier, Sirianni was the offensive coordinator for the Indianapolis Colts (2018-20) and also worked as an assistant coach for the San Diego/Los Angeles Chargers and Kansas City Chiefs.

Springfield, Missouri native, Brett Ashley Cantwell is currently in her late thirties. She holds an American nationality and is of white ethnic background. Daughter of Debbie and Brad Cantwell, she is a former teacher.

Brett and Nick met in Kansas City where she was teaching and Nick, coaching. However, the duo never crossed the path until Brett's sister convinced her to go out with Nick and the coach won her over. The pair dated for two years and got engaged in 2012.

Following their long-time romantic relationship, Nick Sirianni and Brett Asjely decided to take their relationship a whole new level and exchanged the vows on 22nd June 2013, in Kansas City, Missouri at Schweitzer United Methodist Church. The bride flaunted on an ivory lace gown.

Brett was escorted by her father and Courtney Burns, sister of the bride was matron of honor. Likewise, the best man was Mike Sirianni, brother of the groom.  Nick and her newly wedded wife went to Punta Cana, Dominican Republic for their honeymoon. 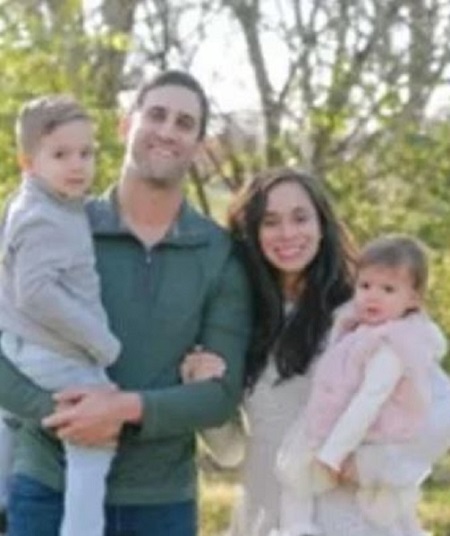 Now the couple is parents to three children: two sons Jacob and Miles Sirianni and a daughter Taylor Sirianni.

Since getting married to Nick, Brett is reportedly turned into a homemaker. Earlier, she was employed as a teacher but now busy looking after her family (husband and three children). The average School Teacher salary in Springfield, MO is $55,545.

As of 2022, she shares a tremendous net worth of $3 million with her husband, Nick Sirianni. With enormous wealth, the Sirianni family lives a lavish lifestyle but a lowkey. There is no information about their real estate and cars.

Her Husband Became The Head Coach of the Philadelphia Eagles

Nick Sirianni, 40, started his coaching career following his college graduation at his alma mater, Mt. Union, as the defensive backs coach. Further, he served to IUP as the wide receiver.

In 2009, he steeped in the NFL, following an impressive interview with coach Todd Haley, he was appointed by the Chiefs as the offensive quality control coach. Later, he was promoted to wide receivers coach. 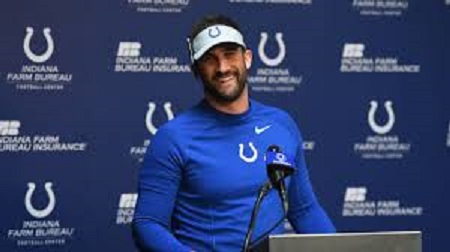 In 2013, Sirianni joined the San Diego Chargers. The following year, he would become the Chargers' quarterbacks coach, and in 2016 their wide receivers coach also serving two seasons in that position. In 2018, he moved to the Indianapolis Colts to become the team’s offensive coordinator.

Most recently, Nick was hired to become the head coach of the Eagles on 24th January 2021.