Brandi Alexis Runnels who is also known as Brandi Rhodes is an American professional wrestler, businesswoman, and television personality. She is also the Chief Brand Officer of professional wrestling promotion All Elite Wrestling.

Born on June 23, 1983, in Canton, Michigan, she was born under the star of Cancer. She completed her education from the University Of Michigan.

When Brandi signed a development contract with WWE in March 2011 and was assigned to Florida Championship Wrestling where she between $50,000 to $150,000. Before that, she used to work as a ring announcer on weekly episodes WWE where she was paid $10,000 per episode. 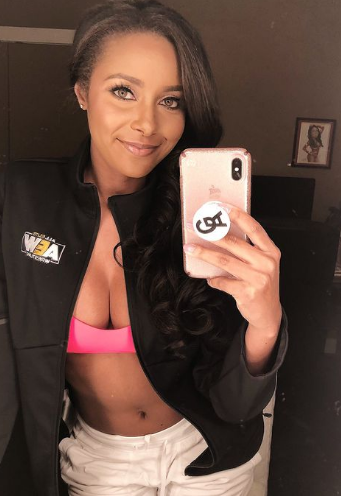 Brandi is the wife of WWE superstar Cody Rhodes and together they share the staggering amount of $5.5 million in net worth. Her husband signed a two-year contract with WWE that pays him $632,500 a year as salary. In 2015, he is reported to have made $550,000.

Brandi's husband also earned an enormous amount of $137,500 through endorsement from Gilletes advertisements where he was backed by celebrities such as Chris Jericho and John Cena and made TV appearances in shows such as Arrow, Warehouse 13 and several more.

Currently, the couple resides in Florida and the mansion they live in costs around $3 million. The house is equipped with all the facilities like a wide garden, several butlers, a grand swimming pool, etc.

The wrestling couple also has several branded cars like BMW which cost around $80,000 and a KIA SUV whose estimated price is $70,000.

Brandi and Cody Rhodes used to work in the same place in  WWE and started to date each other in around 2011 while Cody used to be the Wrestler and Brandi was just an announcer. After dating each other for a couple of years, they tied a knot in September 2013 in a private ceremony held in Atlanta. 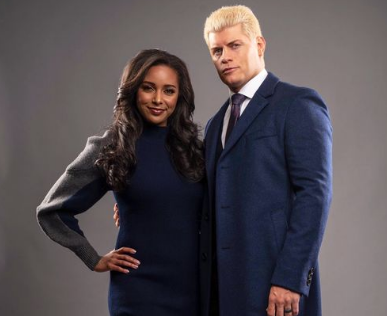 There was a time when the internet filled with Brandi's pregnancy in 2016 and the speculation started when Brandi shared a  photo of her on her belly with her husband holding Cody's hands but later on, Brandi confirmed that it was just a rumor.

Who is Cody Rhodes?

Cody Rhodes born as Cody Garrett Runnels is a American professional wrestler who previously competed in WWE and currently serves as an executive vice president of All Elite Wrestling (AEW). Besides wrestling, Cody is also a promoter, businessman, and actor. 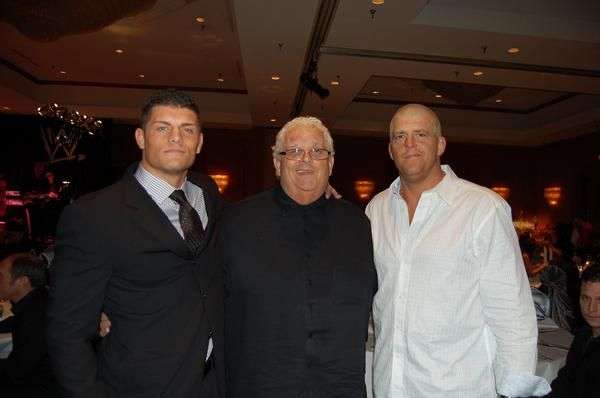 Cody is the son of WWE Hall of Fame Dusty Rhodes and his half brother Goldust is also a WWE wrestler and has been the tag team champion with Cody on several occasions.

Brandi is a well-known celebrity who has appeared in the advertisements of Budweiser and Kfc as well as Maxim and on November 2, 2017, she has joined in the cast of the WAGS Atlanta.

She is the first Afro-American woman to be an announcer for a Major American Wrestling promotion in WrestleMania and also became the first woman of color to appear in a match at the Wrestle Kingdom in 2018.

Brandi is raising her voice to minimize the biasedness between male and female wrestlers pay ratio she and her husband both are putting the effort to spread this message across the world. She wants to convey that everyone should be paid the exact same salary but payment should be made irrespective of their position. It means that the gender pay gap should not apply.

In her Interviewed she said:

"Equal pay means equal opportunity regardless of sex. It does not mean that everyone will be paid the exact same salary regardless of their position. It means the gender pay gap does not apply. An entry-level woman won’t make less than an entry-level man because of her gender."