Brahim Diaz is a professional football player from Spain and currently plays in the Italian top league, Serie A. He plays in the midfielder position for AC Milan and has been playing for them since 2020. He is on loan in Milan from his original club Real Madrid where he joined in 2019.

He has already won the Premier League in the 2017-18 season when he was at Manchester City. In 2018, he also won the FA Community Shield. And he has also won the Laliga with Real Madrid in the 2019-20 season.

Brahim's Bio and Personal Information? His parents and siblings

Brahim Abdelkader Diaz, famously known as Brahim Diaz was born on August 3, 1999, in Malaga, Spain. According to astrologers, his birth sign is Leo.

He was born to his father Sufiel Abdelkader Diaz. And his mother Patricia Abdelkader Diaz. He has shared multiple photos of his parents on his social media. His family is originally from Morocco. It was in his grandfather's period when they moved to Spain and settle there. 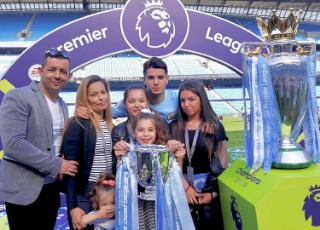 He is very appreciative of their contribution to his career and openly expresses it.

On his 18th birthday, he thanked his family for supporting him throughout his career and life. He posted,

"18 years old. It's been a long journey. Thanks to my family, because I wouldn't be here without their love, and also to everyone who has come along throughout my life."

All of his family members were there in his presentation at Real Madrid.

Brahim Diaz is the only son of his parents while he has 3 other siblings, all sisters. All of his sisters are younger than him. 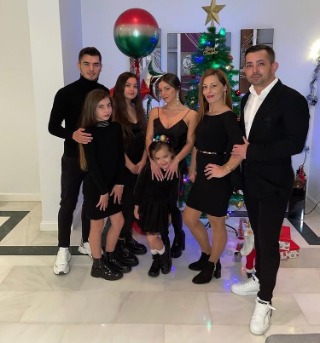 Brahim Diaz with his parents and siblings SOURCE: [email protected]

The Spanish midfielder Dia was very talented since his childhood. He used to play at the local level before Jaime who was a former player at Malaga discovered him. At that time, he was just 6 years old and immediately found the ball controlling capacity of Brahim.

Then he started playing officially at the youth team of Malaga until 2015 before making a move to City's youth team. 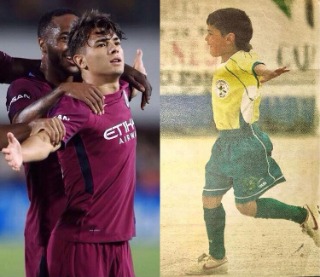 He played in the Machester City's youth team for one season and was finally promoted to their senior team in 2016. He made his debut at the club on September 21, 2016, against Swansea City.

The net worth of Brahim D

According to the sources, Brahim Diaz's estimated net worth is $8 million approximately. His main source is playing football for different teams in different top leagues. He also earns from sponsorships deals and others. 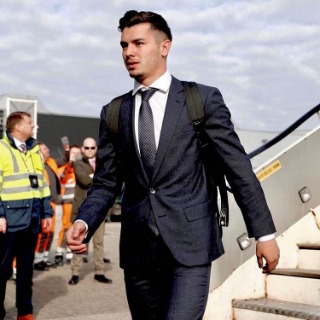 Brahim Diaz in front of an airplane SOURCE: [email protected]

He has played for top teams in different nations and has been able to earn a large sum at the start of his career.

He lives a luxurious lifestyle with his family in the public.

Contract and Salary with Real Madrid

Though Brahim is currently playing at AC Milan, his parent club is Real Madrid. 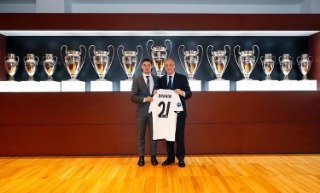 Before joining Madrid, he was in Manchester City for 3 seasons. In his last season with City, he earned more than 400,000 pounds.

His market value has significantly raised since he joined AC Milan in 2020. At that time, it was just 14 million pounds.

He has been sponsored by some of the major brands. The noticeable brands he has a partnership with is Nike

Milan's midfielder is Brahim Diaz is sponsored by NIKE. NIKE is an American multinational corporation that manufactures sports accessories. 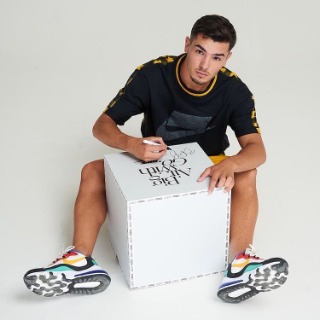 Diaz can be seen frequently promoting his outfitter Nike through his Instagram. He was also involved in their promotion of the Air Max Series. In 2019, he posted,

"Who wants them? #airmax. The AM270 React inspires me joy." He added, "I love the colors and the contrast when combining them with black. They are perfect for summer."

Who is Diaz's girlfriend? Is he dating anyone?

As per sources, Brahim Diaz is currently not dating anyone. He is single in 2022 and not in a relationship with any girl.

He is just a 22 years young footballer who is much focused on building his career rather than spending time with girls.

He has never shared his romantic life with the public.

His Instagram username is @brahim and has more than 1.9 million followers. He mostly posts about his private life, games, training, and time with family.

Similarly, he is also a Twitter user with more than 412,000 followers and his Twitter Id is @Brahim.